Year In Review - A Look At 2007
Cover Story
The Power Of Picocells, Bringing Relief To the World Of Communications
Estimates indicate there are nearly three billion mobile phones in the world. As much as 90 percent of the world’s population will have mobile phone coverage by 2010. The approaching saturation of mobile phone ownership comes with the expectation that mobile network access is equally ubiquitous.
Features
2007 - MSS Winners & Lossers, Year In Review
During 2007, the Mobile Satellite Service (MSS) sector was clearly split into winners and losers. Inmarsat and Iridium are the big winners for the year. Both experienced surging revenues and strong subscriber growth.
Mobile Satellite Communications - The View From NSSL, Year In Review

2007 certainly was an exciting year in the satellite industry, and not just because it has been 50 years since the launch of Sputnik by the former Soviet Union. There was the commercial distribution of BGAN, which was extremely exciting as thousands of new users received the opportunity to use the most up to date communications equipment. Mergers and acquisitions were rife and Fleet Broadband was launched.

Sizing the Teleport Market - The WTO Assessment, Year In Review
According to a new study from the World Teleport Association (WTA), the past three years have been good ones for the global teleport sector, the ground-based side of the global satellite network.
Financial Overview: The View From Near Earth, Year In Review
It’s December and time to reflect on the major satellite industry events and trends of 2007 and extrapolate and squeeze out some predictions for 2008. It may be interesting to start by looking at those events that were expected or hoped for in 2007, but that, for one reason or another, simply didn’t occur. Some of these events may happen in 2008—the correct conditions frequently take longer than planned in the space business. Then, it may be helpful to spend time following the longer term trends affecting the industry and, together with the delayed events, take an educated guess at 2008.
Regional Reports
2007 - The View From Europe, Year In Review

A year ago, we headlined our European end-of-the-year review as being ‘Europe’s action packed year’. Well, guess what? The Europeans have done it again! Europe has enjoyed a blisteringly good year, with significant increases in revenues, margins and transponder rental prices. Moreover, we have also seen peace ‘break out’ between SES and Eutelsat in the shape of co-operation for a planned pan-European DVB-H broadcasting-to-mobile project.
View from Asia and the Enterprise markets, Year In Review
Any year that begins with an earthquake cutting most of the telecommunications with China and East Asia was always going to be ‘interesting’ — and this year did not let us down. The tremors that followed through 2007 were not as apparent but much more positive and no less significant.
Year In Review
The View From XipLink, Year In Review

Looking at the satellite Industry for the past year evokes images of great progress, energetic debates and trade show hijinks. While we often parallel the broader telecommunications market, the satellite market has its own unique set of challenges and approaches to the issues before our customers and us. The outlook in this article is a review of some of the major market trends established in the satellite equipment segment of the satellite industry during 2007, and how these actions will likely progress into 2008 and beyond.
The View From SSPI, Year In Review
2007 was the year when companies, large and small, entered into a furious round of financial kabuki, ventures, mergers, and acquisitions, which will forever change the competitive landscape and focus of the industry. The high profile consolidation in the fixed operator world, culminating with the completion of the Loral Skynet/Telesat deal, was among the marquee events. But what was bubbling beneath the surface was also of importance.
The View From iDirect, Year In Review
The past twelve months belong to an important phase of development in the satellite industry. Market reports from Comsys and the Satellite Industry Association once again revealed healthy growth numbers—across a widening range of vertical markets and throughout the world. It’s clear that satellite systems are playing an integral role in providing global, always-on, effortless connectivity.
The View From Comtech, Year In Review

Based on market indicators, we see the satellite industry continuing to rebound, with growth in the ground equipment sector. Broadcast continues to account for a majority of transponder usage. But, new customer applications and developing regions of the world are starting to have a significant impact on satellite demand. The requirement for additional value continues to be paramount in many markets. Customers are seeking solutions that enable them to lower their total cost of ownership and reduce space segment costs.
The View From ND SatCom , Year In Review 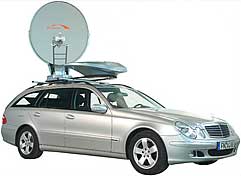 A sporting year for the satellite communications sector, 2007… there were a significant number of executive moves within the industry, several notable product and technology launches for better performance, the focus on HD technology for broadcasting live sports events, and the countdown for the Beijing Olympics 2008.
The View From Intelsat General, Year In Review

In 2007, Intelsat General Corporation saw the realization of the business synergies and market opportunities envisioned by the successful integration of PanAmSat’s G2 division into the company. During that year, Intelsat General has diversified its service offerings and repositioned SATCOM from a commodity to a value-added service to the U.S. government and NATO allies.
The View From Hughes, Year In Review

This was a great year for Hughes and for the satellite industry, overall. Demand for broadband is exploding at double-digit rates globally, as evidenced by our own positive financial results and those of other technology and service providers.
The View From Harris, Year In Review

Video is playing an increasingly important role in U.S. military and government applications, ranging from surveillance and reconnaissance to intelligence gathering and training. The reality is that military and government agencies are using an ever-growing volume of video, much of which is migrating to HDTV resolution. This past year has witnessed the need of video and other media formats to make a critical difference in analyzing intelligence—in 2008, such will only become more crucial to our military, government and public agencies.
The View From Viasat, Year In Review

While the demand for fast and secure IP networking is a general driver of new business in satellite communications, two specific developments—one government and one commercial—continue to generate huge opportunities. The first is the building of the Global Information Grid (GIG) by the Department of Defense, while the commercial development is the launch of Ka-band satellites and services for broadband Internet access.
The View From Bivio Networks, Year In Review 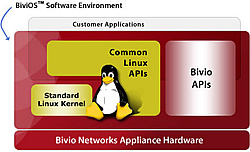 In 2007, the deep packet inspection industry experienced a fundamental shift in the role of the network infrastructure, from one of basic network connectivity to now a software driven, policy-centric network whereby IT professionals have significantly greater understanding and control over packets traversing their network. While network connectivity infrastructure is primarily a hardware discipline, the most suitable architecture supporting policy-centric networking is one that is software-defined, leveraging deep packet inspection and processing (DPI/DPS) technology.
The View From Space Data, Year In Review

Advancements in lightweight, portable communications platforms are providing our warfighters with significant options on the rugged and unforgiving battlefield, and building on successes. In the commercial market, several new technologies are being applied to the military’s needs by providing low cost, reliable solutions for tactical communications.
The View From Proactive Communications, Year In Review

When I look back at 2007, I see a great deal of progress, not only for our own business, but also for our customers. As some of you may have learned in the last issue of MilsatMagazine, our company, Proactive Communications, Inc. (PCI) became the first US company to sign an IT contract with the Iraqi Ministry of the Interior in May of this year.
The View From PacStar, Year In Review 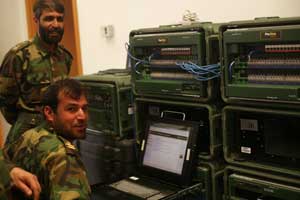 For PacStar, 2007 was an important year of “transition under pressure” for our customers, mainly the United States Military, federal agencies, state and local governments and first responders. They are all under tremendous demands to provide critical, real-time information to the front line, whether a soldier on patrol in Iraq, or a city government in California preparing for the next fire storm or earthquake. Real-time flow of information is now considered a significant success factor when determining whether or not a mission or an operation will succeed or fail.
The View From Iridium Satellite, Year In Review
For Iridium Satellite LLC, 2007 has been a year of incredible growth and innovation, all in an effort to position the company as a mobile satellite services leader and the only provider of truly global satellite voice and data solutions.
The View From Globecomm, Year In Review

In 2007, WEGENER, who provides video and audio equipment for the satellite broadcast industry, upgraded its key product lines and expanded the markets and applications that the company’s innovative, patented technology serves. WEGENER experienced growth in its customer base, especially among those focused on broadcast, faith-based and digital signage applications.
Regular Departments
Editor’s Notes, What A Year! What A Group! What A Publication!
The satcom and ancillary business world must be congratulated. The past year, 2007, was replete with amazing missions, terrific hardware and software enhancements, advanced capabilities being offered to first responders and our military professionals to help them save lives and win missions… was it a momentous year?
PTC Eye on Trends, Video and Mobility Take Center Stage

It was bound to happen: full convergence in practice. We are moving well beyond the initial service and market testing of triple play features; Beyond robust, widespread and competitive mobile voice and text; Beyond the very significant changes in music, news and other media/entertainment distribution across a host of telecommunications, broadcasting and ICT networks.
Meteosat… 30 Years… And More…, 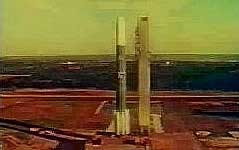 When the Delta rocket carrying the first Meteosat lifted off from Cape Canaveral in November 1977, Europe gained the ability to gather weather data over its own territory with its own satellite. Meteosat began as a research program for a single satellite by the European Space Research Organisation, a predecessor of the European Space Agency (ESA).