As a medium for telecommunications and television broadcasting around the globe, satellite technology has proven itself over many decades of reliable service. Within the past several years, satellite has emerged as the “go-to” technology for the worldwide transmission of digital cinema content and live events. 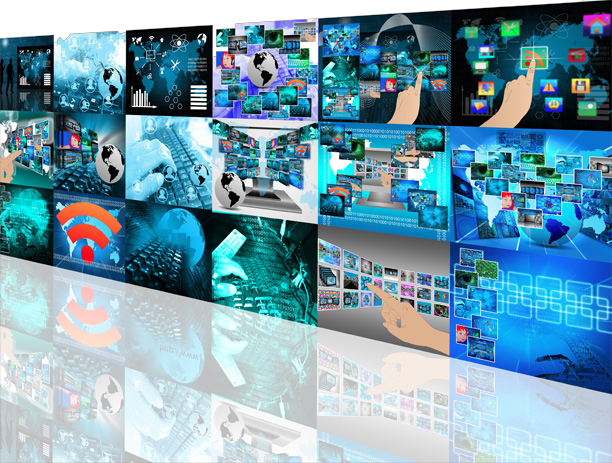 Digital production and projection technology is relatively mature, moving far beyond the historical use of motion picture film. Within the last decade, digital cinema distribution has begun to achieve its promise, evolving from the shipping of large hard drives to the use of satellite links that can transmit a feature presentation in a few hours.

Complicating the implementation of digital cinema is a markedly fragmented global market. By the close of 2013, studies suggest that more than 90 percent of the screens in both the U.S. and U.K. will have converted to digital, where English-language Hollywood films and a small number of major exhibition chains predominate. European and Asian exhibitors are generally at an earlier stage of implementation, with governments encouraging film production in local languages. Latin America and Africa are steadily gaining momentum, as well.

The benefits of digital cinema coupled with satellite transmission are many. For content producers, the cost of digital production is typically lower than that of film. Without the need to make physical copies of the film (or to copy the digital media onto a portable hard drive), distributors can save millions of dollars in print costs, shipping, and lost or damaged media. When coupled with the scalability and high speed delivery of satellite transmission, the logistics of a simultaneous release to 1,000 cities worldwide are as easy as to complete as to a single theater.

For exhibitors, the industry adoption of digital means a decline of available content on film—overcoming the barrier posed by the high cost of a digital projector becomes a necessity. In return, they gain a higher quality screen image that is free from splices and scratches, with the additional benefits of remote system control and troubleshooting. Exhibitors can fine-tune their schedules, changing content on the fly to put the most popular films on more of their screens. Plus, small theater circuits and film festivals can now gain access to a wider range of content.

Through the use of satellite distribution, audience members can expect a reliably pristine screen image and enjoy greater access to global entertainment. This alternative content (increasingly known as “event cinema”) includes an ever-expanding variety of independent films, arts programs, sporting events and educational fare, which would be impossible to present using traditional media delivery methods.

In the last year, for example, IDC’s end-to-end digital cinema solutions have brought live broadcasts to cities half a world away from events that are as diverse as a rock concert in Estonia, to a grand opera from Moscow’s Bolshoi Theatre. Attendance, and consumers’ willingness to pay premium ticket prices, continues to grow rapidly. 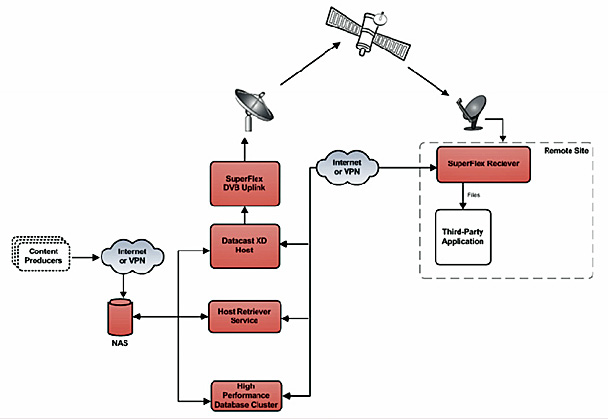 Datacast XD is the solution for delivering secure/guaranteed file-based content via multicast enabled networks including satellite, WAN/LAN, and cable.

Replacing the delivery of physical media or a large hard drive with delivery via satellite speeds the process. The movies are transferred automatically from the satellite receive equipment into the theatre system—personnel do not need to touch the movie for a successful delivery to occur.

Theaters play the downloaded content from the cinema server in the form of a highly encrypted digital file called a “Digital Cinema Package” (DCP), typically 200-300GB for a feature movie. The necessary decryption keys are delivered separately from the content, usually as an email attachment. The keys are time-limited to the planned exhibition schedule, as well as locked to the specific server and projector. The most advanced security, such as that offered by IDC, can even encrypt the satellite link to protect the confidentiality of the metadata distributed over the system.

The advent of digital cinema represents a new revenue opportunity for satellite companies. When forming partnerships with providers of digital cinema distribution systems, satellite providers will want to carefully examine critical issues such as workflow. IDC’s Pro Cinema platform, for instance, was designed to operate within the workflows of both the distributors and the exhibitors. The system exists in the satellite realm but is designed for the studios and exhibitors. This means that the end-to-end hardware and software solution is easy to use and efficient for both the distributor and the exhibitor.

IDC’s digital cinema content distribution solution has been delivering movies over satellite for nearly a decade. Streamlined, modular and feature-rich, IDC’s proven technology has been deployed by the world’s leading cinema service providers, with installations at more than 70 percent of satellite-connected digital cinemas worldwide. Unlike other players in this segment of the digital cinema market, IDC builds its own end-to-end solution with the satellite receiver, processing, storage and delivery integrated into a single device. Sophisticated forward error correction and a terrestrial Internet back channel that tracks delivery and repairs files, contribute to its reputation as the industry’s most proven and robust solution.

As the advantages of satellite delivery make it an obvious new standard for digital cinema, new developments continue to advance the technology. With the trend to display images in 4K resolution (3840x2160 pixels) versus the previous 2K standard, audiences will enjoy better images on even the largest screens.

The latest DVB-S2 digital video broadcasting standard allows a higher throughput on the satellite link for faster transmission of these larger, hi-resolution DCP files. Lower cost projectors effectively match the business model for smaller, independent theaters, providing an easier pathway to digital adoption. Plus, new sound standards will mean an upgrade to the complete theater experience. It’s a win for the distributor, the exhibitor, the satellite provider, and most importantly, for the viewing audience.

About the author
As the Vice President of Product Management with Ottawa’s International Datacasting, Walter Capitani leads the development and launch of IDC’s next generation content distribution product line, specially designed for digital cinema over satellite. 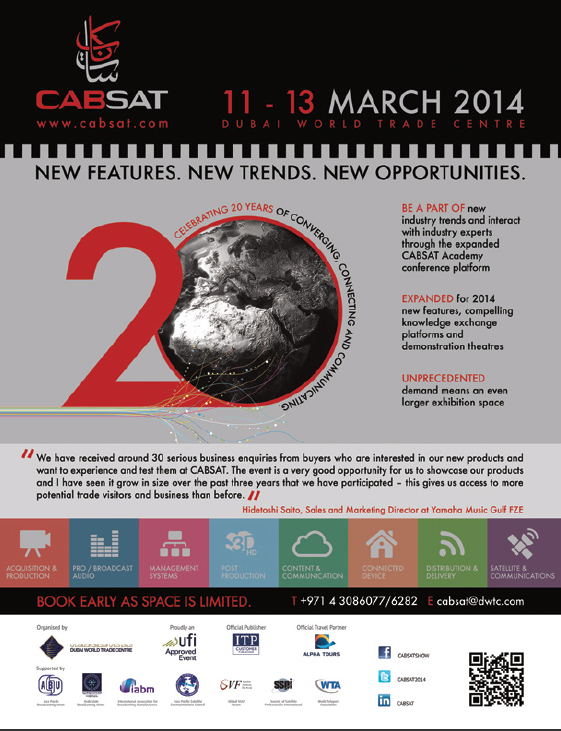 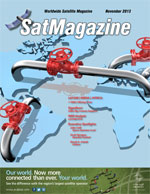