More than a year ago, iDirect and Panasonic Avionics partnered to deliver a new, in-flight broadband system. We checked in with David Bettinger, iDirect’s Chief Technology Officer and Senior Vice President of Engineering, to learn the latest information more regarding their joint efforts.

SatMagazine (SM)
It’s been a year since iDirect and Panasonic Avionics announced they will team to deliver a new in-flight broadband system. What has happened since? 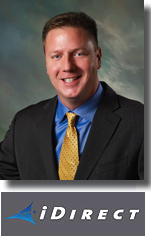 David Bettinger
Over the past several months, we have finished integrating all the technology and testing the system. The results have been excellent and enabled Panasonic to make the service commercially available. Now Panasonic has signed its first major contract with Lufthansa. Using the Panasonic eXConnect system, Lufthansa will offer satellite-based broadband Internet access on flights between the U.S. and Europe in the coming months.

SM
Why will in-flight broadband succeed this time?

David Bettinger
Connexion was certainly a pioneering system, and Boeing got many things right. But demand did not materialize fast enough to offset the high operating costs. In recent years, however, the satellite communications industry has worked hard to address this issue, and we have seen several breakthroughs. One key development belongs to iDirect. In our work for military, first-responder and maritime customers, our engineering team has created a more efficient mobile waveform based on a technology called Direct Sequence Spread Spectrum. 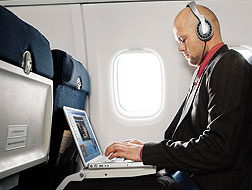 Let me explain the problem we solved. To support mobile broadband, you need an ultra-small, low-profile antenna. These antennas have a smaller aperture and require increased transmission power to sustain a satellite link while they are moving at high speeds. Without getting into the complex technical details, iDirect found a way to diffuse the transmission of satellite bandwidth while maintaining a high data rate. This dramatically conserves satellite space segment and lowers bandwidth costs for airlines.

This was a major improvement, but there are others. Today, antennas are up 75 percent lighter. The onboard electronic systems are also lighter and more compact. And these systems are more functional. For example, Panasonic eXConnect can support applications beyond Wifi Internet access. These include live television programming and premium entertainment content which enables airlines to garner additional pay-per-use revenues and advertising opportunities. 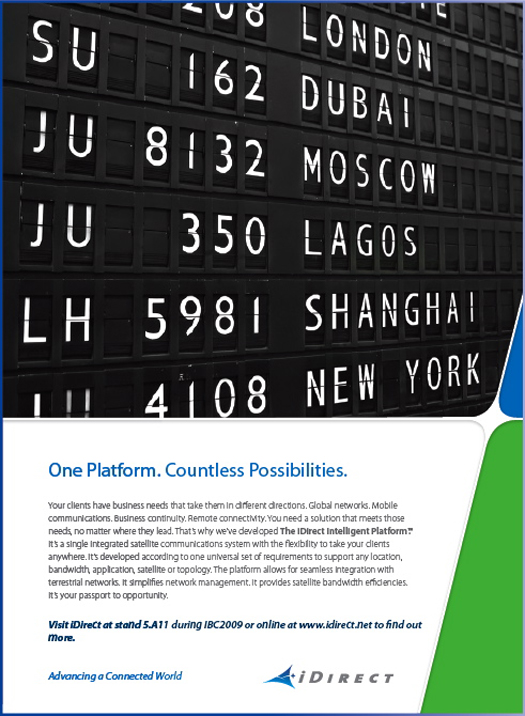 And in the case of Panasonic, they are doing one other thing differently. Rather than leasing the capacity from an entire satellite transponder and carrying a bandwidth supply that is larger than current demand, they are leasing only a portion of a transponder’s capacity. iDirect’s technology then enables Panasonic to distribute this capacity over a shared network to meet the real-time needs of its airline customers and increase capacity when demand grows.

SM
How does Panasonic eXConnect compare to other systems on the market?

David Bettinger
While satellite-based systems have advanced, we’ve also seen the emergence of a new technology model for in-flight broadband — the use of land-based cell towers to establish and maintain connectivity. This model is being used primarily for domestic flights. As these flights are typically short, passengers have less incentive to pay the subscription fee, which can make early adoption come slowly.

In contrast to this model, Panasonic is targeting its service to international carriers that are installing the system on airplanes used for long haul flights. When a passenger is on a plane for stretches of more than six hours, they are more likely to take advantage of an in-flight broadband service.

That was certainly true of Connexion. While U.S.-based carriers dropped the program, demand remained healthy among international carriers in Europe. In fact, Lufthansa was the launch customer for Boeing’s program. The new offering, FlyNet, is a reintroduction of its original service. We believe demand for Internet access on long haul flights will be strong. And with recent technology improvements delivering a much greater return on investment, airlines will be able to make a stronger business case for offering the service.

SM
How does iDirect technology play a role?

Let me illustrate this by spotlighting some of the platform’s key features. I already mentioned our mobile waveform. Another key feature is Automatic Beam Switching. One of the challenges of providing satellite-based broadband on long haul flights is that airplanes may need to connect to more than one satellite beam. iDirect’s Automatic Beam Switching technology enables the Panasonic system to automatically transfer connectivity from one satellite to the next as an aircraft travels across multiple footprints.

Another key technology is iDirect’s proprietary Group Quality of Service feature. This enables Panasonic to allocate satellite bandwidth broadly and economically across its active customers while ensuring that Service Level Agreements are always protected. Bandwidth priorities can even be set at the application level. So, for example, an airline can establish committed information rates for key applications and then allocate surplus capacity, when it is available, for other purposes. 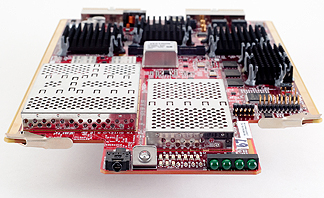 David Bettinger
We believe in-flight broadband is going to take off this time. We have a next-generation satellite solution which airlines can leverage to improve the travel experience for their customers and grow their revenues smartly.