Internationalization and B2B meetings were the keys for this show’s success. The third edition of SAT Expo Europe 2010 held at Rome Fair has ended. Over 6,000 visitors, more than 2,000 business meetings, and 20 foreign delegations, were present over the three days of the exhibition. SAT Expo Europe successfully achieved its objective of presenting itself as a Mediterranean benchmark for the market of space services and applications.

“The space agencies that took part in the exhibition (ASI, ESA, NASA, ISRO, ISA), the India Partner Country and 20 foreign delegations gave the event an international profile, which was our main objective” said Paolo Dalla Chiara, president of SAT Expo Europe at the close of the event. “Particular satisfaction,” continues Dalla Chiara, “comes from the number of B2B meetings that were over 2,000 in number, held in the B2B Meetings Area, and which saw the participation of 243 company representatives (210 suppliers, 43 buyers and 39 exhibitors) and more than 160 between industries and institutions from 20 foreign countries (Algeria, China, Czech Republic, France, Germany, Ireland, Israel, Italy, Morocco, Holland, Palestine, Russia, Spain, Syria, Tunisia, Turkey, United States, England, Uzbekistan and India).

Dalla continued, “This confirms the fact that the event stands as a candidate for being a natural location for the presentation of Space services and applications, all widely encouraged thanks to the support from the Istituto ICE (the Italian Institute for Foreign Trade), the Italian Ministry of Foreign Affairs and the Italian Ministry of Economic Development. Plus, for the first time, an important role was performed by SMEs for Italian Aerospace Enterprises (ASAS, AIPAS and AIAD) who made SAT Expo Europe their official event.

“On this point,” added Dalla Chiara, “in addition to having widened its reach, SAT Expo Europe has also organically involved the main actors from the aerospace sector, from the top players (Finmeccanica Group, EADS ASTRIUM, Eutelsat and Skylogic) to interested institutional bodies and new technology incubators.”

The event, sponsored by the President of the Italian Republic, the European Commission and the President of the Council of Ministers, received the institutional collaboration of the Municipality of Rome.
SAT Expo Europe 2010 was off to an outstanding start at the Campidoglio in Rome with a presentation by the ISRO (Indian Space Research Organization) to more than 70 company representatives and more than 15 newspapers.

On Wednesday, February 3rd, in the afternoon, Mediterranean space agencies presented their programs for development, research and cooperation in the Pietro da Cortona Hall at the Musei Capitolini in Rome. The deputy mayor of Rome, Mauro Cutrufo, who participated in the meeting, declared the meeting “re-launched core activities of the Italian aerospace industry and particularly those in the Latian region, which serves as a hub for all those activities that, in Rome, could be connected to proposals for new advanced technology and their diffusion into emerging countries.”

Thursday, February 4th, witnessed the inauguration of SAT Expo Europe at the Rome Trade Fair and saw the presence of two important institutional figures: the Deputy Minister Adolfo Urso and the Vice President of the European Commission, Antonio Tajani, who took part in the Conference with the EGNOS European navigation program.

Mr. Urso reaffirmed that “the Institutions and the Italian Government are engaged in encouraging the internationalization of Italian industry — the aerospace sector, which is the seventh largest in the world, has a key role that includes the fundamental function of establishing the natural arrival point for advanced research and innovation.” Such support was also confirmed by Vice-President Tajani.

Earth Observation played the main role on the second day of the conference and was dedicated to European programs and the BMM (BlueMassMed) project.
The excellent solutions offered by the Italian industry in this arena characterized the intervention of Massimo di Lazzaro, the Senior Vice President of Thales Alenia Space, who, due to his proven experience in the COSMO-SkyMed program by ASI (the Italian Space Agency), was selected as the prime contractor by the ESA for the construction of the Sentinel 1 and 3 satellites, integral parts of the GMES (Global Monitoring for Environment and Secrity) program.

This European program is already, partly, in operation, and as Thomas Beer from the GMES office of the ESA recalled, 72 percent financed by the ESA and for the remaining portion by the European Commission.


Mr. Di Lazzaro highlighted the need by the aerospace industry to be able to count on continuing financial commitments from institutions, without which, “competitiveness in acquired know-how could be lost in a short period of time.”

From this point of view, Mr. Di Lazzaro considers, “the use of ASI (Italian Space Agency) investments, which, thanks to various programs such as COSMO-SkyMed, have enabled Thales Alenia Space, and specifically, its Italian member, to become a center of European excellence for the large-scale production of T/R (Transmit/Receive) modules as concerns volume capacity, performance and the technology adopted to be extremely valuable.”

Interoperability of the GMES system, an institutional program that confirms the will of the European Commission to work towards a coordinated policy for the environment, the safety of citizens, meteorology and climate change, was the issue focused on by Claudio De Bellis, the head of sales at Elsag Datamat, a group company of Finmeccanica that uses and expands data collected from the satellites taking part in the GMES program.
GMES, as a European project, requires substantial technical coordination, which presupposes perfect political agreement between the Institutions involved.

The third day of the event closed with the collaboration of the “Sapienza” University of Rome on the subject of scientific education for research progress in aerospace and for university training aimed at new professions in the Space sector. Universities and the ASI (Italian Space Agency) are actively engaged in this role, offering specialized Masters degrees that are increasingly pertinent and result in the proficiency required and necessary for the aerospace industry. Many foundations, such as the Space Academy, are providing active commitment to these educational programs.

An important workshop meeting on international NASA – ASI cooperation illustrated the different research missions that have been, and continue to be, carried out by these agencies. The participation of Roberto Somma from Thales Alenia Space and Andrea Cisbani, Vice President of the Payloads for Earth Observation segment of SELEX Galileo (both companies part of the Finmeccanica Group), explained how this collaboration has, on the one hand, requested Italian Industry to supply the extremely sophisticated equipment and devices required, and on the other hand, to enable the development of acquired space know-how for the companies involved.

The Italian industry, which has produced more than 50 percent of the volume currently in orbit, has been extremely active in the Space sector in regard to telecommunications, sensor systems, and measuring devices. The Italian industry has often enabled direct collaboration between Italian universities and NASA Laboratories.

The SAT Expo Europe 2010 also hosted the conference on “Space, An Opportunity For SMEs” by EADS ASTRIUM, which facilitated a meeting between the ASI and ESA Space associations and the aerospace industry in general. The workshop highlighted the important opportunities offered by the aerospace industry regarding small and medium-sized enterprises.

Also announced at this event was the renewal by Telespazio of their lease agreement with Eutelsat Communications for the two satellites that deliver professional video and other content for Rai, the Italian state owned public service broadcaster. Two 72 MHz transponders were leased on a multiyear basis on the ATLANTIC BIRD 1 and W3A satellites. Both satellites provide coverage of Italian national news and also support RAI requirements for broadcasting news, sports and special events throughout Europe, Northern Africa, and the Middle East. 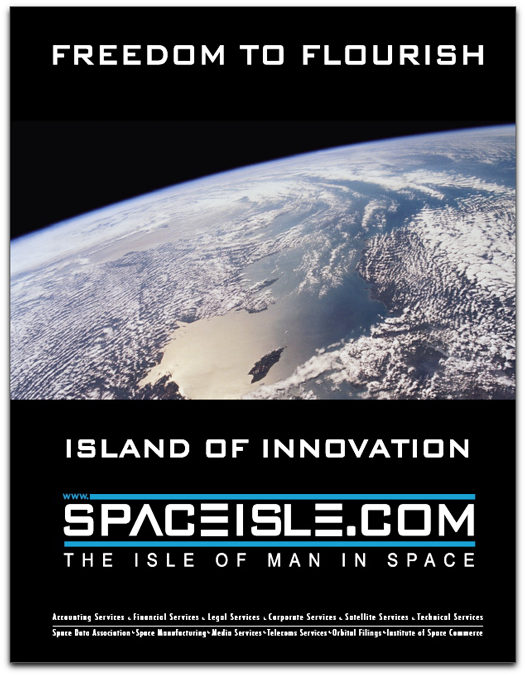