Last month, one of the most recognizable companies in the small satellite market, Clyde Space, based in Scotland, was pleased to learn that Stephen Greenland, one of the firm’s system engineers, had been awarded a major grant—the acclaimed Industrial Fellowship from the Royal Commission for the Exhibition of 1851.

1851? My word, that doesn’t sound up-to-date at all. Actually, this fellowship was initiated by Prince Albert in the year 1851 at the Crystal Palace where the Exhibition was taking place. The fellowship supports scientific and technological development and awards £80,000 to the recipient.

This financial reward allows the awardee to pay for tuition and travel expenses, as well as a portion of their salary, while pursuing their Ph.D. as they continue to work in the industry.

For Stephen, that involves his continued work on nanos and the involvement of biosciences, distributed imaging and quantum technology.

His latest efforts surround the development and implementation of the uKube-1 program. The UKube-1 is a CubeSat that is scheduled for a February 10th launch aboard a Soyuz-2 rocket from the Baikonur Cosmodrome. The CubeSat was shipped to the launch facility in October of 2013.

Clyde Space CEO, Craig Clark, said, “The Industrial Fellowship from the Royal Commission for the Exhibition of 1851 is a fantastic scheme, as it opens the opportunity to conduct long term research and capability expansion that we would not normally be able to undertake at Clyde Space. Stephen’s contribution to the UKube-1 mission has been outstanding and he fully deserves to be selected for the fellowship and I would like to thank and congratulate Stephen for his hard work on the project.” 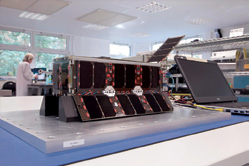 Payloads in the UKube-1 include the first GPS device aimed at measuring plasmaspheric space weather, a camera that will take images of the Earth and test the effect of radiation on space hardware using a new generation of imaging sensor, as well as an experiment to demonstrate the feasibility of using cosmic radiation to improve the security of communications satellites, and to flight test lower cost electronic systems.

The satellite will also carry a payload comprised of five experiments that students and the public in the United Kingdom can interact with. Additionally, an outreach program will also allow school children to interact with the spacecraft.

Clyde Space has been developing components and systems for small satellites since 2005 when it was founded by Craig Clark. One of the facts that continue to showcase the company as a leader in this field is that more than 40 percent of all CubeSat missions flown around the globe possess Clyde Space hardware, which is fully ISO9001:2008 accredited.

A major step for Clyde Space is their online CubeSat Shop, where individuals, companies and organizations can purchase their small satellite components directly online. The products range from electrical power systems to ground stations to on-board computers and de-orbi devices to all manner of structures and accessories. The offerings may be viewed at: http://www.clyde-space.com/cubesat shop

Success for the company’s small satellite endeavors can be easily measured... in October of 2013, the firm announced £1.65 million in sales for the previous six months, doubling 2012’s earnings.

Additionally, there was a new order from the National University of Singapore for a CubeSat platform, with previous sales to the Massachusetts Institute of Technology, the U.S. Air Force, NASA, SELEX, Raytheon and a number of other global companies.

CEO Craig, who was awarded an MBE in the Queen’s Birthday Honors List this year for services to innovation and technology, said, “Most systems used in satellites are very expensive, but what we provide is far more cost effective. What we’re doing will enable more missions with more complex objectives and make them more accessible.” 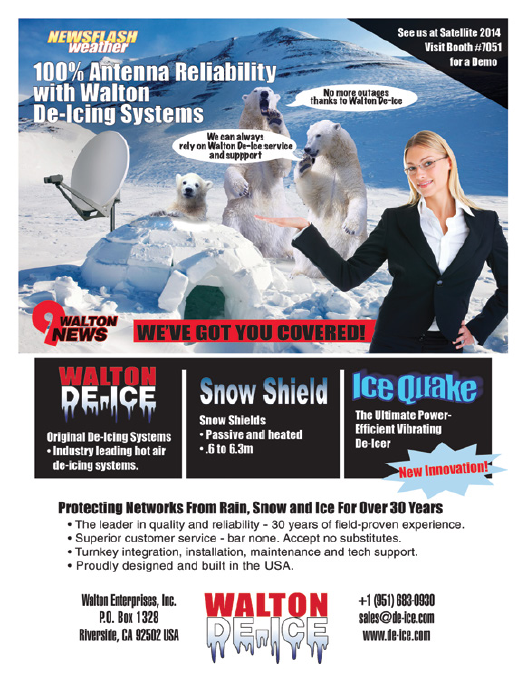