There have many changes in the cinematographic industry since the era of the large celluloid rolls, immortalized in Giuseppe Tornatore’s Cinema Paradiso: Technicolor, Dolby Digital, Real 3D… 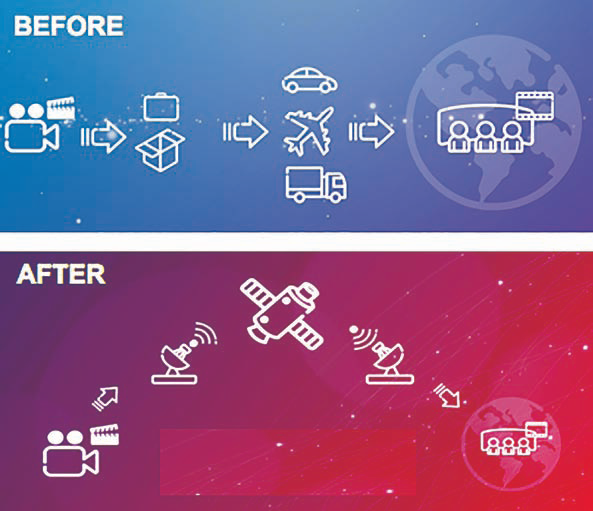 Film distribution has remained immutable—the traditional means of the hard disk blockbuster distribution for transportation to the screens, that is—until today. HISPASAT has taken a revolutionary step further in the distribution network: Satellite distribution of films.

The innovative system driven by HISPASAT represents a significant streamlining of the distribution process to movie theaters, allowing all of them the simultaneous reception of a film, with vast improvements in efficiency and security. This new method of cinema broadcasting takes care of all of the logistical problems associated with film distribution and exhibition. Satellite film represents the best film distribution option, as the diverse geographical conditions and the high number of cinemas that need to ensure film projection with superb visual clarity, surround sound immediacy, and ease of operation. Satellite cinema distribution dematerializes the process, doing away with the previously required and expensive hardware support as well as reducing waste.

Imagine the positive change this means for film companies. Until now, film companies have had to maintain a distribution system that was based on a digital medium, the DCP (Digital Cinema Package). This package is delivered to each and every one of the cinemas in which the film will be shown across the globe. Required are thousands copies of the master film, which are sent in highly protected packages, given the medium’s fragility, to the different theaters.

Once the DCP has arrived, the film is downloaded to the hard disk projector’s server, and then the DCP must be returned to the distributor for reuse. This requires the deployment of complicated logistics that are definitely not without risks—plus, the turnaround times for copies ranges from six hours to several days, depending on the location of the theaters and the location of the distributors.

This process may be replaced now by a single transmission of the film from the headquarters of the distributor to all of the subscribed theaters simultaneously. The satellite collects the signal, amplifies the data, and forwards the film to the downlink centers. Once that is accomplished, the data can be captured simultaneously by all of the antennas that have been installed in the theaters. In order to protect the contents, the projection locations are emailed a password that allows them to decrypt the digital film.

The technological advances that comprise the new distribution system offer significant advantages—the process is streamlined and the time spent to receive the films in the theatre is significantly reduced. Additionally, security and efficiency are increased and logistics are simplified—loss or damage to the material is avoided and deliveries are no longer delayed.

The power, flexibility and functionality of the satellite makes such possible for this form of distribution to be used for all types of content, from HD and 3D to the future Ultra High Definition format that is currently being developed. 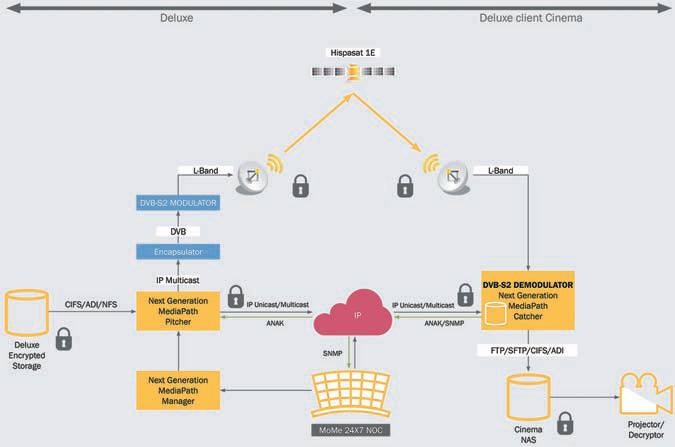 Only a few elements are required to carry out this process: A broadcasting antenna and a management system at the content provider; a receiving antenna at the cinemas themselves; digital projection equipment (that is probably already in use by most cinemas); a computer for downloading the film; and a password to make this highly preferable distribution process possible.

In Spain, one of our customers will be able to distribute 20,000 film copies and 30,000 trailers per year to 2,000 movie theaters all over the country, using the Hispasat 1E satellite and without the need of hardware supports. Thanks to the high levels of power on the HISPASAT fleet, which allow for transmission speeds of more than 115Mbps, all of the cinemas will be able to download a medium-sized film—approximately 200GB—with secure delivery onto their projectors in approximately three hours—a trailer will take just a few minutes.

In America, another customer has implemented a satellite network to distribute live HD content and digital movies to cinema complexes throughout Mexico, the USA and LATAM using Hispasat capacity on the Amazonas 2 satellite.

To help attract new audiences and offer existing audiences more variety, exhibitors in the region are looking to turn their cinemas into multi-arts venues that offer a range of live and recorded events. In addition to broadcasting movies, this kind of solution can use its network for opera, sporting events and other HD content. Thanks to satellite distribution techniques, HISPASAT is the only operator in Mexico that transmits live broadcasts of the Metropolitan Opera Season to 40 cinemas with HD quality and Dolby audio.

Once again, the satellite appears as a key element in a broadening sector for the provisioning of advanced and renewed services to a variety of customers. This technology affords effective solutions with a high added value. 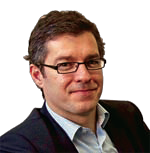 About the author
Ignacio Sanchis has been Business Director at Hispasat since January of 2013. In this role, he is responsible for sales, marketing, client engineering and service quality at the Hispasat Group. Before joining Hispasat, he spent five years as General Manager for Spain and Portugal of Nagravisión, leading development at this company and at affiliates of the Kudelski Group in the Iberian audiovisual market. During the 10 years prior to that, Ignacio worked at Philips, where he took on different responsibilities in the areas of sales and marketing of the Telecommunications and Consumer Electronics divisions. He directed the business unit Philips Home Networks in Spain and Portugal, which encompasses Set-Top Box, telephony and network businesses. 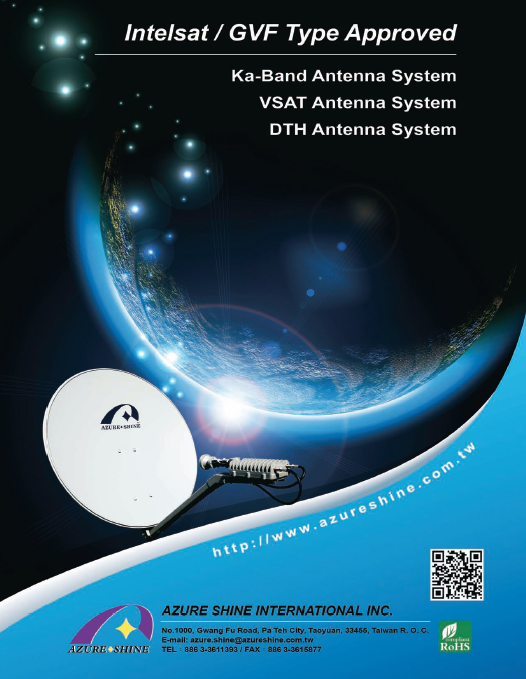