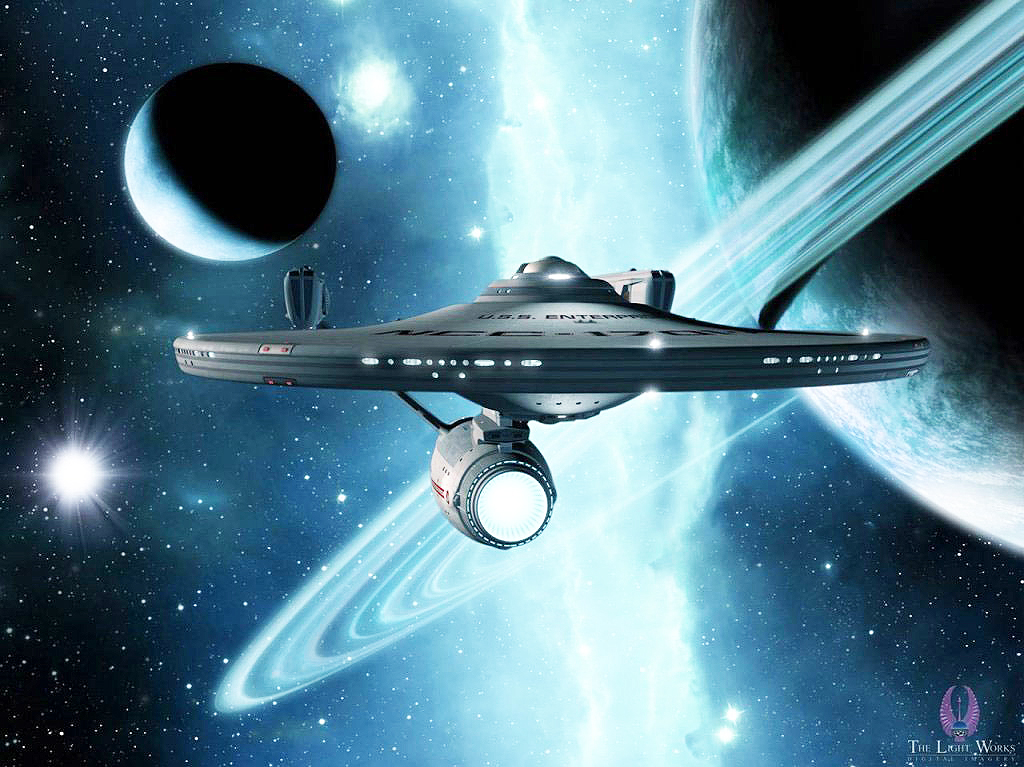 Former Space Foundation Chairman of the Board, the Honorable Jaime Oaxaca, frequently encouraged us to test our plans and intentions against our mission statement and strategic plan, saying,

“If you don’t know where you’re going, any road will take you there.”

Sadly, this seems to be precisely the modus operandi of the Obama White House when it comes to civil space.

I have long maintained that we’d never really know this administration’s intent toward NASA until we saw its first budget proposal. In January, that shoe finally dropped, and the news — a dim, lethargic, uninspired view of the future — was not good. The administration proposes to strip NASA of meaningful human exploration goals, and instead turn the agency into a space technology hobby shop with a charter To Boldly Go Where Ever. 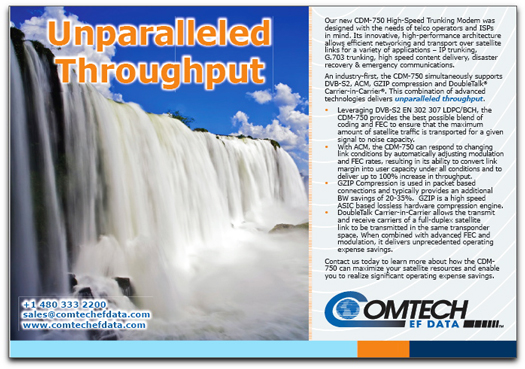 For those of us who supported Barack Obama, the candidate, based on a clear and well-articulated space policy plank in his campaign platform, our disappointment is now complete. During the campaign, we were encouraged and excited about what this Administration could — and would — do for space.

Instead, we are facing arguably the worst presidential decision on space since Richard Nixon killed Apollo. 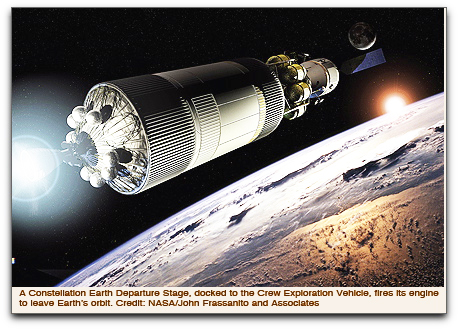 On August 2, 2008, Senator Barack Obama offered the space community hope with these statements:

“Let me be clear, we cannot cede our leadership in space.”

Yet his budget would do just that. By killing the Constellation program, the administration will make NASA entirely dependent upon Russia for launching American astronauts. Human-rated, lunar-capable space systems will remain in development in other countries, but not the United States.

“;I’m going to close the gap, ensure our space program doesn’t suffer when the shuttle goes out of service, by speeding the development of the shuttle’s successor.”

The development of the shuttle’s successor, Orion, is to be sped to its grave. So the gap has not been closed, but rather reconfigured as a cliff. When the shuttle workforce draws down and skilled aerospace engineers and technicians lose their jobs, people who have dedicated themselves to the advancement of our space programs will suffer more, not less.

“More broadly, we need a real vision for the next stage of space exploration. This is what America is all about; we can do anything when we put our mind to it.”

Our nation’s vision for space exploration — to extend human presence throughout the solar system — is relegated to the historical scrap heap and no real or new vision has been articulated or even hinted at. The nation’s space agency is to become an observer (Earth observation missions), maintainer (International Space Station), procurer (commercial space systems), and tech incubator. But, minus an exploration mission, it is not clear what technology will be developed or why. 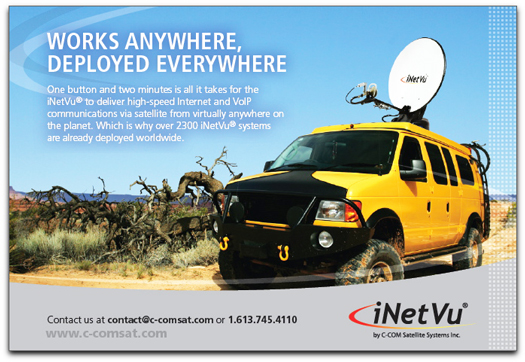 It is this tragic flight from human exploration that is the most damaging thing. For all its faults, NASA has played a crucial role over the past 50 years by inspiring young Americans to dream — and then to dare to follow their dreams. The more active and visible NASA is, the more students enroll in and graduate from advanced science, engineering, computing, and mathematics programs. When we have exciting and visible space programs to leverage, our pace of innovation blossoms, and organizations like the Space Foundation are our most effective in the nation’s schools and classrooms.

As Mark Mills wrote recently for Forbes.com, “The Moon program’s effect was profound and far-reaching, inspiring an entire generation of engineers and entrepreneurs. No, they didn’t all get government jobs with NASA or in private-sector companies supporting NASA to build the Saturn V rocket, the space capsule, its electronics or the moon rover and all the other related hardware. Most just found the whole idea — the pursuit itself — inspirational and pursued careers in everything from microprocessors and software to nuclear power and photovoltaics.

“The dots are not so hard to connect. The U.S. economy was in liftoff mode for most of the second half of the twentieth century. While there were several contributing factors, at the core the accelerant for growth was techno centric innovation. Not space technology per se but that generation of scientists and engineers who brought an unprecedented intellectual energy and excitement to peacetime pursuits. The inventions and new companies created in the shadow of Apollo were manifold.”

That was just one of many opinions — some insightful, some disturbing — published in reaction to the White House budget proposal. To see Mills’ full article, enter the following URL into your web browser...

To see what others are saying, select this next link...

When we are designing, building, testing, and flying new space hardware, we keep Americans employed in high-tech jobs that maintain our global technology edge and serve as a critical, and formidable, economic engine. We keep our young people in the STEM (science, technology, engineering, and mathematics) pipeline. 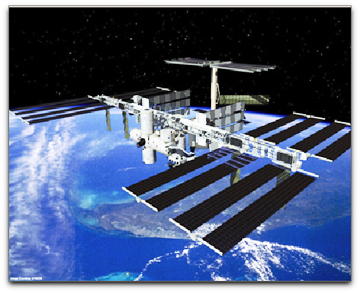 In this global economy, it’s one hell of a competitive advantage to walk away from.

In fairness, I should note that there are some positive provisions in the current budget proposal. I suppose we should all be grateful that the proposal gives NASA an additional $6 billion over the next five years — a pittance, but in view of the overall tone of the entire proposal, a big relief. The budget could have been devastated.

Continuing International Space Station (ISS) operations until at least 2020, is something the Space Foundation has advocated strongly.

Emphasizing science, scientific research, and education are all also good things, especially in an era where the United States’ position as a scientific power is waning. But, how we can truly rebuild our position here is questionable with the direction the rest of our national space program is going?

And, finally, we are pleased to see the requirement and funding for NASA to make greater use of commercial, off-the-shelf space systems. It is not a substitute for having strong, capable national ways and means in space. However, as was the case with the first Air Mail contracts, it does provide important seed corn from which good things can grow. 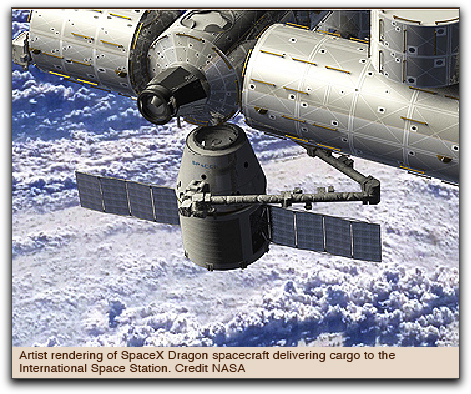 But, there is a key difference compared to the Air Mail contracts that spawned commercial aviation: back then, there were already private and commercial aircraft flying and ready to carry the mail. That is not at all the case with commercial space transportation systems, which haven’t even begun to fly to orbit.

As of yet, there are no commercial systems that can take crew and cargo to orbit and dock with the ISS. There are, of course, several such systems in development. A SpaceX Dragon crew capsule prototype was on display at the 25th National Space Symposium, and we look forward to seeing what commercial solutions are on exhibit at the upcoming 26th National Space Symposium.

However, financing, testing, regulating, and human-rating such systems will not be easy or inexpensive. Given the scale of investment required, and financial and technical risk that must be assumed, the markets for these systems need to be global, as they are with the commercial aircraft industry, to enable a reasonable return on investment. Yet we’re no closer to meaningful ITAR reform that would open those markets.

At the Space Foundation, we’re completely in favor of stimulating commercial space activities and having the government “buy commercial” whenever possible. Our space transportation infrastructure has changed little over the decades, and revolutionary commercialization likely holds the key to routine, affordable access to space. But this requires more than a few NASA contracts. It requires regulatory reform, technology export reform, financial and tax incentives, loan guarantees, and many other components, including a national security space strategy for using commercial space transportation as effectively as the Department of Defense uses commercial communication satellites.

Some have said, given the precarious economic situation and record-setting proposed federal deficits, we should sacrifice our civil space programs — at least for the time being. In the epic landscape of the $3.83 trillion federal budget, this is nonsense. In the latest budget proposal, NASA accounts for just 0.49 percent of federal outlays. We could double the NASA budget and round it up to 1 percent — something the Space Foundation has long argued for — and we, as a nation, could reach for the stars again without creating even a ripple in the federal budget.

In fact, this is the most crucial time to invest wisely in a vigorous NASA human exploration program — to stimulate the economy by the creation of new jobs, new technologies, and entirely new spin-off industries.

Much of the reaction to the Obama proposal bemoans the manner in which this budget throws away the fruits of billions of dollars already invested in Constellation systems. Hardware has been built, engines have been fired, lunar excursion vehicle prototypes are in field test, and the Ares 1-X demonstration launch vehicle has had a successful first test flight. Orion is taking shape, a Constellation systems launch pad has been built, and, across the country, systems are being integrated. 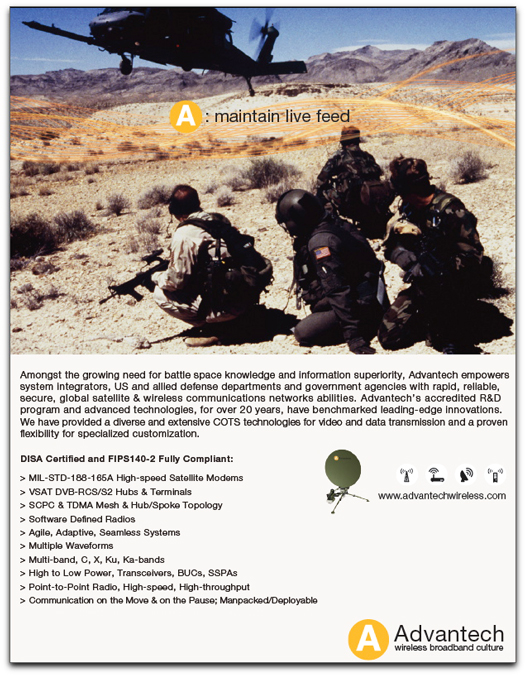 But, for NASA, this is business as usual. NASA is no stranger to promising programs being cancelled (think Venture Star) or sent back to the drawing boards (think ISS). These perturbations are costly and wasteful, but industry is tragically familiar with the seeming capriciousness of its government customers, and will flex as it must. As usual, it will be the rank-and-file workers who will be left asking themselves why, in this environment, the administration would take unilateral action that puts thousands of Americans out of work.

If there is a silver lining in all this, it is that Congressional approval is required, and many space champions on both sides of the aisle are grievously concerned. This creates a golden opportunity for industry to set aside its normal competitive differences, and work together toward a consensus exploration agenda for the nation that can be embraced, and funded, by Congress for the long term.

Perhaps a sleeping giant has been awakened. A space exploration program with enduring bipartisan support, one that can weather changes in administration and remain on course, would be a worthy legacy for generations of Americans.

In my view, our esteemed former chairman of the board was correct: If you don’t know where you’re going, any road will take you there.

Adopting that paradigm for NASA is unacceptable. Too much is at stake.

The NASA budget proposal will be covered at the upcoming 26th National Space Symposium: On Tuesday morning, April 13, we’ll have a panel discussion, NASA — The Budget and The Way Ahead, that features:
Then, on the closing day, April 15, NASA Administrator
Charles Bolden will be a featured speaker.


Let us know what you think! Your comments are always welcome at our Facebook fan page, on LinkedIn, or via Twitter.