This is a really exciting but challenging time in the satellite industry, especially in the media and broadcast sector. Those who know me personally already know that I don’t actually know all that much, but what I really do know are lots of smart people in lots of important places, so I’ve called on a number of my friends to offer insights. Most aren’t in a position to publically comment without their employers dropping a ton of bricks on their desks, so I’ll just simply call them “Programmers Anonymous”. If I share the secret handshake they will cut off my fingers, so don’t ask who I’ve consulted with! 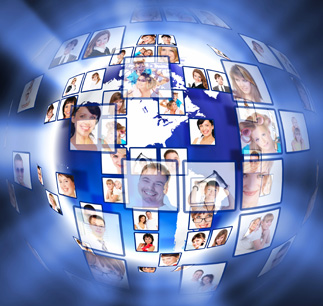 Most folks know that the growth in the linear channel business by satellite has slowed; Ku-band DTH is essentially full, and C-band CATV distribution is essentially flat, as the conversion to increasing amounts of HD delivery has not increased overall C-band consumption due to the advance in MPEG-4 compression, DVB-S2 modulation and other technical advances. There is a short-term opportunity to help customers “bridge” from their existing MPEG-2 delivery to more efficient MPEG-4 delivery, but, of course, in some respect satellite operators would be handing programmers a knife to cut off their own nose, but given the exceedingly long relationships forged between programmers and the satellite operators in North America and Asia, I expect they will work together to make it happen. In Europe, given the lack of “bridge” Ku-band DTH capacity, this will be a more difficult challenge.

From the satellite customer perspective, of course, this is not bad news. The industry has found more ways to get more mileage out of satellite bandwidth, which on a channels-per-MHz basis, is more cost-effective than ever, and truly, for simultaneous delivery to hundreds, thousands or millions of destinations, there still is nothing more reliable.

One place where the C-band satellite distribution market does have the potential for growth, however, is in more regionalized satellite distribution; historically, cable television services began as one national feed and evolved into East Coast/West Coast networks (time shifted three hours apart). For a number of years, the major television networks have had regional feeds, breaking down the country in four, six or even more smaller geographic areas. The old analogy was “sell snow tires in the North, suntan lotion in the South”. Some cable programmers are taking a look at the same model, given the new, lower economics of transporting digital television over satellite. The battle will now also be fought between satellite and broadband cable/telco networks as to who can gather all the last mile access within a smaller geographic territory. My money is still on satellite, at least for the next five years.

While linear television distribution (via DTH satellite and CATV/telco provider) continues to provide virtually all the real subscription revenues (on the order of 97 cents out of every dollar) to today’s programmers, there are indeed many changes afoot. Today’s consumers ingest increasing amounts of content through portals like Netflix and Hulu, with major efforts underway at industry titans Google and Apple on true television platforms. If they are successful, are today’s cable MSO’s going to be relegated to simply last-mile broadband providers, a simple commodity rather than a value-added service?

Most of the energy and interest from programmers is focused on the emerging forms of distribution in the mobile and non-linear format popularized by the ubiquitous iPhone and iPad, with the battle now fully joined by Android and Windows-powered devices. The under-25 generation simply spends a great deal less time “leaning back” watching traditional television offering and spend a great deal more time “leaning forward” over tablets and PC’s, happily multi-tasking instead of immersing themselves the way we old folks do. The video landscape is in the midst of the biggest change in content consumption it has ever seen. While cultural relevance (being clued into the latest goings-on with the favorite television shows of your particular social circle) is as important as ever, viewers are no longer necessarily parked on the couch for prime time viewing on any given night. Increasingly, more viewers are watching these shows on mobile devices on their own schedule and appliances far removed from the TV in the family room. And this trend is very much on the upswing. One data point for you; NBC reported that they roughly served ONE MILLION live streams of this year’s Super Bowl; pretty show-stopping when you consider how impossible that might have been even three years ago. Still, linear traditional broadcasting reached ONE HUNDRED ELEVEN MILLION consumers, and of course, 100 percent of the Advertising and carriage fee revenues emanated from old media. Still, keep one eye open for what comes next.

One of the sides of the industry that garnered a whole lot of sizzle over the last year was 3D television. Over the last 12 months, it has been a significant marketing gimmick to move the latest generation of flat panel televisions, and we have started to see a few flagship movie and sports channels in the U.S. and Europe launch. The industry is still defining and evolving to discover the best practices to produce and display HDTV, with a lot of energy going into projection and eyeglass-free technologies to get around some of the biggest consumer objections to 3D. If CES was any indication, 3DTV may well be supplanted by the new “4K” display technologies. 4K is a traditional two-dimensional television experience, but with twice the native resolution of today’s high definition images. The images shown at CES were incredibly lifelike. Because the images are so good, the industry recommendation is to sit even closer to these big, beautiful screens, as the resolution is so good you don’t see the pixel structure. This truly immersive television experience is, I believe, the industry’s best chance to get viewers back on the couch.

The challenge with 4K is going to be in finding available bandwidth on DTH and Cable that can support these higher resolutions. It’s tough, as there isn’t even enough bandwidth to convert all the existing video sources to HD transmission. The real problem is not on satellite (except for Europe) but the lack of available bandwidth on the pipes CATV and telco operators deliver into the homes of consumers, where roughly 75 percent of all Americans actually get their television service. Still, it is my bet that a stalwart few of the biggest players in this game will stake the high ground and find a way to launch a few flagship 4K video services. Maybe not in 2012, but I’ll lay even money that somebody launches a fulltime 4K by the end of 2013. And NHK network of Japan doesn’t count; they are ALWAYS the first network to launch the newest and best broadcast technologies!

What keeps increasingly more and more television folks up at night is the ever-increasing access to “informal” television and outright piracy, which is increasingly enabled by Internet-delivered services. The hue and fury over the recent Stop Piracy Act is just the latest salvo in what may be an unwinnable war. Internet-delivered television is the Pandora’s Box that destroyed the traditional music distribution business, and is an increasing threat to the linear television world as we know it. So what are programmers to do? Like the old saying goes, “If you can’t beat them, join them”. Finding ways to get license and subscription and on-demand revenues directly from end-users is one way out, but it displaces all the traditional business models, and nobody making money today is going down without a fight. Does the Internet fracture the traditional Basic Tier of cable? Will all channels be forced to go “ala carte”? The struggle to balance the intellectual property right of content producers against consumer demands for access to all content everywhere, anytime and FREE is just beginning. 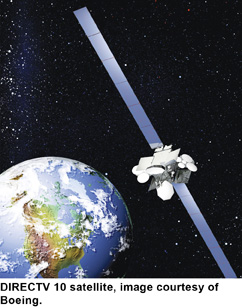 Now, we here at Roberts Communications Network firmly have one eye focused on the traditional linear channel services market, and the other eye focused on the emerging new media opportunities. We do our best to keep our eyes from crossing. We can and will continue to operate to more than a dozen satellite transponders from more than a 110 portable uplinks. We absolutely are believers in the reach and reliability of satellite communications, as we also operate DTH platforms for the “one to many”, and we operate C- and Ku-band uplink sites for backhaul and contribution, taking full advantage of the “any to any” capabilities afforded by satellite.

But we are also very much immersed in “new media” businesses, distributing more than 500 terabytes of video content every month for our streaming video clients, serving live linear content and Video On Demand file-based video to Apple, Android, Google and Windows –based mobile devices virtually everywhere on the planet you can get reliable IP service. We have also developed some very sophisticated and unique Digital Signage appliances and applications that combine the “Information Kiosk” with the “advertising portal”.

So, will it be satellite or fiber that wins out? The answer is ...of course, neither..and both! We are big believers in sophisticated hybrid solutions, making good practical use of both to build the best solution for our end-users. 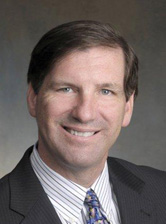 Special thanks to my friends in Programmers Anonymous. No actual broadcasters were harmed in the writing of this article. My good friends at SatMagazine have asked me to make this a semi-regular posting, as they are under the impression that keeping me busy may deter me from becoming a shoplifter, or even worse, a politician. Any comments on this piece or ideas for new articles are greatly appreciated.

About Mike Antonovich
Michael “Mike” Antonovich brings over 30 years of broadcast and satellite industry sales, marketing, operations and executive experience to his new position as Vice President, Sales and Marketing at Roberts Communications Network. The company operates a global video service network across 12 transponders and more than 110 satellite uplinks. He has formerly served at companies as influential and diverse as ESPN, Group W Satellite, PanAmSat, Genesis Networks and Global Crossing in a variety of leadership and executive positions. 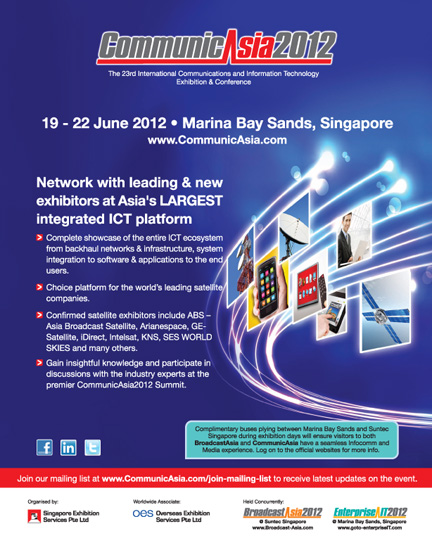