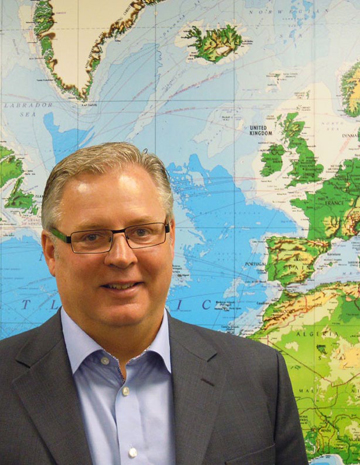 Stefan Gardefjord became president and CEO of SSC on May 1, 2012. Most recently, he served as CEO of Logica Sweden, the country’s largest IT services company, as well as served on Logica’s executive committee.

With an IT career spanning more than 25 years, Gardefjord has held numerous senior management positions. He spent nearly two decades with the Nordic WM-data group, later assuming the role of CEO of WM-data Sweden, which was later acquired by Logica. Trained as an analyst programmer, Gardefjord began his career at Dow Chemical Company, where he became an IT manager in the Nordic countries.

Gardefjord is a past chairman of the Swedish IT and Telecom Employers Association and is currently a non-executive director of the publicly listed BTS Group (Nasdaq OMX Nordic).

SatMagazine (SM)
In your role as CEO of SSC, what strategic initiatives do you plan to implement in the near term to continue the company’s growth?

Stefan Gardefjord
SSC has a broad portfolio of services and technologies, and we are taking an in-depth strategic look into the growth drivers for all areas. 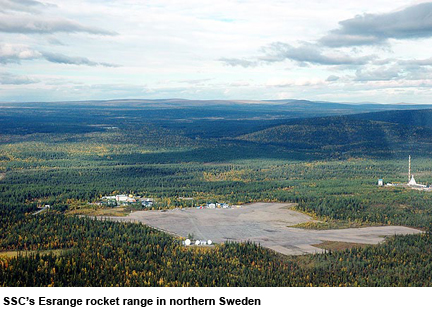 Satellite Management Services is focused on economies of scale—growing our global ground station capabilities and grasping the vast opportunities that arise as the number of orbiting satellites increases and the demand for continuous, reliable communication services grows. We recently opened a new satellite station in Western Australia, and soon we will provide satellite services from our new station in Punta Arenas, Chile, which will service U.S. Earth observation clients.

Many of our clients operate their own satellite stations and rely on us for expertise and engineering services. This is an area where I see solid growth potential.

Our rocket range Esrange, in the northern part of Sweden, has provided access to space for research purposes with sounding rocket and large balloon services for 40 years in collaboration with space agencies in Germany, France, Japan, Canada and the United States. Through a program called Esrange 2.0, we intend to expand our capabilities, so we can also launch rockets that can put satellites into orbit. We continue to develop leading-edge technologies in green propulsion and component miniaturization. In fact, our High Performance Green Propulsion (HPGP) system is currently in orbit on Prisma and we are nearing a wider commercial break-through. 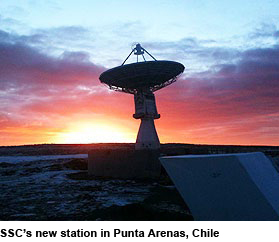 SM
How does your strong background in Information Technology contribute to the mission and objectives of SSC?

Stefan Gardefjord
I believe my contributions to SSC are threefold, beginning with innovation. IT is driven by technology and service innovation. I have spent more than two decades in an industry where innovation has helped develop a better world.

Space works similarly. As innovation brings new technologies to market, service must innovate (while maintaining reliability and affordability) for people to recognize the benefits of the emerging technology. Take the Internet, as an example. It was a great technology innovation brought to market in the early to mid-‘90s. Today, it’s all about providing a continuous service that the whole world relies upon, 24/7.

My second and third contributions are industrialization and globalization, and I think they should be grouped. Today’s IT industry is one of the most competitive sectors I know; one that has globalized and industrialized over time. I remember when most IT was developed within very clear geographic boundaries and solutions were tailored to each client’s needs—a very expensive approach.

Today, it’s the opposite. We now have standard applications and shared services that are easy to use at a fraction of the cost. But, there are more complexities to manage. I understand that dynamic. I know how to manage complex technologies, and turn those into easy-to-use, value-added services.

SM
SSC has a very diverse portfolio of products and services. How does SSC distinguish itself from, and within, the competitive space industry market?

Stefan Gardefjord
While SSC has a broad portfolio of services and products, I actually think the company, as a whole, is very focused. Perhaps we will narrow our focus even more, over time, but it is already clear that our growth path is based upon our global capabilities in satellite management services. Our worldwide capability, combined with our local presence, is our key differentiator. Our history of working with the research community around sounding rockets and balloons has positively impacted our collaborative culture.
At the end of the day, the only element that counts is the end result you help your client achieve. This is a central to SSC and I intend to build on that tenet.

SM
Access to space is not typically an environmentally sound business. Can you explain how SSC is addressing the environmental impact of space access?

Stefan Gardefjord
This is where our technology development activities come into play. Our HPGP system—ECAPS—is at the forefront when it comes to providing a benign alternative to the prevailing and very toxic hydrazine propellant and its existing propulsion systems. We are currently involved in several ECAPS demonstration initiatives in both Europe and the U.S.

There is immense interest and I am personally convinced that we are at a tipping point in this area. In addition, we are developing a miniaturized propellant gauging system within NanoSpace. Finally, our Esrange 2.0 vision is based on Esrange Space Center being a “green launch site”—no use of hydrazine. 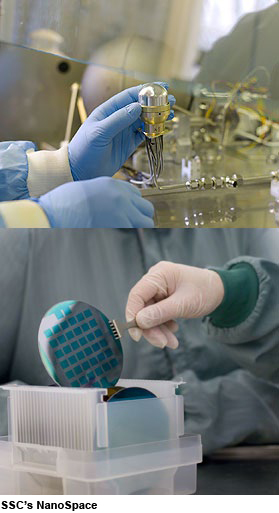 SM
SSC celebrates its 40th anniversary this year. With such a solid foundation in the space industry, what is SSC doing to follow the trends of innovation in access to space?

Stefan Gardefjord
After 40 years in space, I think there is a strong innovation heritage that shines through all of our initiatives. Each one pushes the boundaries and increases access to space, including our global satellite management capabilities, HPGP system, and Micro Electro Mechanical Systems (MEMS) based gauging and propulsion systems, along with efforts to make Esrange Space Center a “green launch site.”

SM
SSC owns and operates PrioraNet, the largest commercial network for ground station services in the world. As cyber security and efficiency are both vital to those who use such space networks, what is SSC doing to ensure these networks are safe and effective for customers?

Stefan Gardefjord
Cyber security is a “live or die” reality for internal and external providers of access to space—this will grow in importance in the years to come. This is another area of similarity between the IT and space industries. Great concerns were raised in the early days of externalization and commercialization of IT services. Through highly focused security efforts, these challenges are now closely, strategically monitored and operationally managed 24 hours a day and continuously adapted as security issues evolve.

I have seen this evolution first hand and know how it can be successfully applied to the space industry. The risks are very real, but they can be managed and overcome only if they are a top priority for senior management and supervisory boards. And that’s where they reside at SSC. Given the nature of our business, we are working closely with our security-conscious clients, within the commercial and defense sectors in coordination with the relevant authorities, to always address these vital issues and challenges.