Thanks to a devoted following of industry insiders and a recent strategic partnership with the National Association of Broadcasters, SATCON is poised to enjoy its biggest, most influential year to date.

In addition to her positions as President of Irwin Communications and Head of the U.S. Office for Euroconsult, Susan Irwin has served as SATCON’s Chair since 2002. She recently sat down with SatMagazine to discuss the industry and what to expect at this year’s event.

SatMagazine
Ms. Irwin, please tell us about your history with SATCON.

Susan Irwin
I’ve been involved from the very beginning—since 2002, when it was a small conference at the New York Hilton Hotel. Obviously, we’ve grown and changed quite a bit over the years! We are now part of a much larger exhibition, CCW (Content and Communications World).

Last year, we had approximately 7,000 attendees and 300 exhibitors, and we expect the same or more this year. This is also the debut for the event under the ownership of the National Association of Broadcasters (NAB), which is highly focused on the event’s growth potential—and future.

SatMagazine
That dovetails nicely into the theme for SATCON 2014...NexGen Satellite Applications.

Susan Irwin
Absolutely. Because of advances in technology, both in space and on the ground, there’s an opportunity for satellite to be used for applications that were never possible before. And that’s important, as markets are changing rapidly, and nexgen satellites are making it possible to be responsive in terms of meeting new needs. 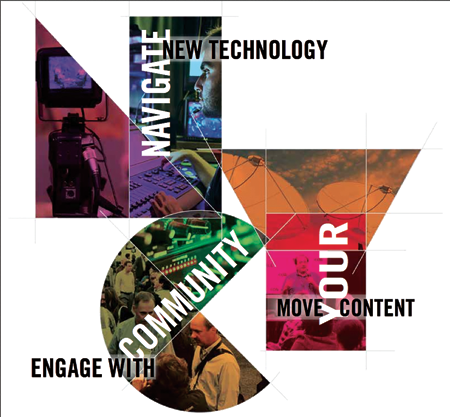 Susan Irwin
The most significant development is in High Throughput Satellites (HTS), a whole new generation, which allows satellites to provide more bandwidth and to be more efficient. Because of HTS, satellites are becoming applicable to new markets, such as aeronautical and maritime, as well as more competitive with terrestrial fiber networks. Eighty percent of satellite industry revenue is from television and video, but the television industry is changing dramatically. The Internet, for example, is changing the way satellites are used for program distribution. HTS allows satellite to be used for fixed and mobile broadband applications, which are growing exponentially.

SatMagazine
Can you tell us a bit about the educational sessions at SATCON 2014?

Susan Irwin
Unlike other satellite conferences, many of our speakers are the people who make networks run, broadcasters, content owners, DoD, civil government—in other words, professionals who use satellites. This allows the sessions to focus on the end-user experience.

We are particularly pleased that Congressman James Bridenstine, House Armed Services Committee and the Science, Space and Technology Committee, Phil Liebrecht, Assistant Deputy Associate Administrator and Deputy Program Manager Space Communications and Navigation at NASA HQ and Colonel Chris Crawford, U.S. Air Force, Director of Space Policy Implementation, Office of the Secretary of Defense, will be joining us for Assessing the Process, a panel organized by the Hosted Payload Alliance and moderated by Al Tadros, VP, Civil and DoD Business at SSL. This discussion will help the commercial satellite industry and its supply chain better understand the strategic review policy, where we are in the process, what current steps are being taken and the subsequent steps that are planned—all with the goal of learning how to inform the decision makers.

We also have a very strong government track. Governments—U.S. and foreign—are major users of satellites. Just as the world is going to broadband, so are governments.

One element recurring throughout the conference is the exploration of the ways in which satellites are being used for mobile, consumer and enterprise broadband. In addition to changes to the satellites in space, advances in antenna technology are going to change the value, efficiency and flexibility of satellites and will be covered in the conference as well.

New for 2014 is a two-part government workshop, the MILSATCOM Pathfinders Workshop, featuring real goals and objectives for participants. Part one is focused on information assurance and cybersecurity, a major issue in government. Part two focuses on procurement issues involving the business of the government and working with the commercial satellite industry. About 80 percent of military satellite capacity is on commercial satellites, which involves a very complex procurement process, lending a whole new level of importance to SATCON’s government track.

SatMagazine
How are the SATCON speakers connected to the industry?

Susan Irwin
We have an extraordinary line-up of speakers from the satellite industry, media world and government.

The SATCON keynote, Lt. General Tom Sheridan (ret.), was Commander of the Air Force’s Space and Missile Systems Center and Air Force Program Executive Officer for Space. In his 35 years in the military, he was responsible for many of the space related acquisitions and requirements which are so critical to the commercial satellite industry today.

Other key speakers are from HBO, CBS, Viacom, ESPN and major content owners, cable and broadcast networks, as well as from the major satellite operators, manufacturers and service companies, all with many years’ experience in the industry.

SatMagazine
Any other key features for this year’s conference?

Susan Irwin
Yes, the 9th annual Future Leaders Dinner, organized by the Society of Satellite Professionals International (SSPI), will be held the night before SATCON on November 11th in New York City. The Promise & Mentor Awards will be presented at the dinner, and the award winners will be featured on a panel with key senior executives in the industry at breakfast on Thursday, November 13th.

SatMagazine
What’s the most surprising change you’ve witnessed in the industry and the conference over the years?

Susan Irwin
That’s a good question; there have been so many! Satellites have been able to advance alongside fiber and wireless, and they’ve become a vibrant, critical component of government networks, Direct-To-Home broadcasting, and a host of critical services in emerging regions.

The Internet has changed the way we distribute and receive information, and the world is continuously hungry for more and more bandwidth. Satellite is a great way to help fulfill that appetite, whether as a complement to terrestrial and wireless networks, or as a way to deliver services where others cannot go.

For more information on CCW+SATCON, and to register for this leading event, please visit http://www.SATCONexpo.com.