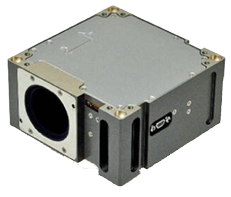 A 3U CubeSat funded by NASA and led by the University of Colorado’s Laboratory for Atmospheric and Space Physics, MinXSS requires precision pointing to carry out its scientific objectives.

On orbit telemetry from the XACT unit and independent spacecraft instrumentation indicates 1-sigma cross-axis pointing error better than 8 arcseconds, which is less than the width of the Empire State Building as viewed from Los Angeles.

MinXSS was deployed from the International Space Station on May 16th and is designed to collect soft X-ray emissions from the sun that will help scientists better understand space weather in which solar storms impact our space-based technology such as communication and navigation systems.

The mission exemplifies the increasing capability of low-cost CubeSat missions, which have proliferated as enabling technology has developed. 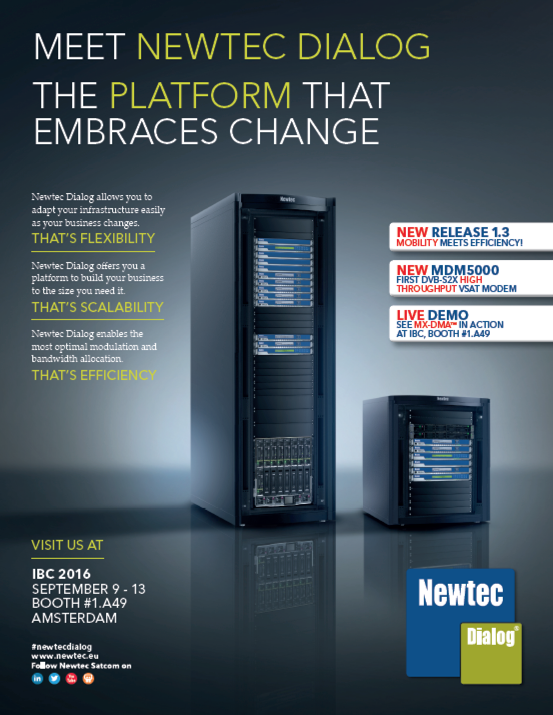 Over the coming years, BCT’s XACT attitude control system and XB-1 spacecraft bus are slated for dozens of flights in support of a wide array of scientific, commercial, and defense missions.
bluecanyontech.com/

Optical Communications To Be Developed For Smallsats

LGS Innovations has been awarded a contract to develop a prototype pair of lightweight, low-power optical communication terminals that will allow for light-based communication between smallsats in Low Earth Orbit (LEO).

Under the terms of the contract, LGS will be responsible for developing a pair of laser communication terminals to be launched on two Defense Advanced Research Projects Agency (DARPA) small satellites.

The terminals are to be extremely lightweight, weighing less than two pounds each, and will operate on less than three watts of power.

This is the second DARPA contract announced by LGS in recent weeks and is in support of the Inter-Satellite Communication Link project, which seeks to enable direct communication within constellations of small satellites (weighing less than 100 pounds each).

Once completed and deployed, the terminals will allow for jam-resistant, high-data-rate, low-latency communication within a network of hundreds of small satellites.

Kevin Kelly, the CEO of LGS Innovations, indicated that small satellites represent the next generation of global communication technologies, with a constellation of smallsats that can communicate with one another able to improve the armed forces' ability to send and receive data quickly, safely, securely and at the lowest cost.

According to Dr. Linda Braun, the Vice President of LGS Innovations Photonics Applications & Development, the feasibility of high-bandwidth, laser communications between satellites will be demonstrated through this project.

"This is increasingly viewed as an essential part of the DoD’s communication network, because of their lower cost and higher survivability,” she added.

Designed and built by Orbital ATK, Dawn is in the ninth year of this historic journey, which is advancing human understanding of planetary formation and revealing new mysteries of the solar system. Dawn is the first mission of its kind, relying on solar electric ion propulsion, the world’s most advanced and efficient space propulsion technology, to travel to and orbit two interplanetary bodies in the main asteroid belt between Mars and Jupiter. 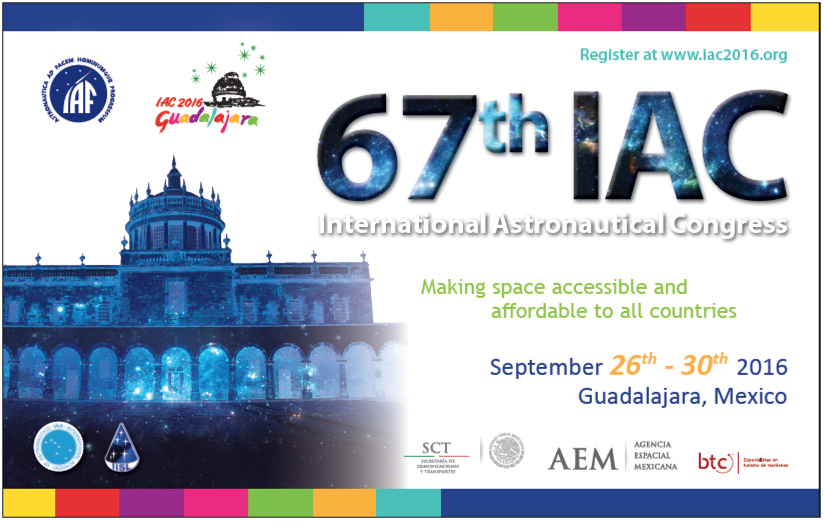 Orbital ATK’s Space Systems Group designed and built Dawn at the company’s facilities in Dulles, Virginia. Launched from Cape Canaveral, Florida in September 2007, Dawn embarked on a two-stop, interplanetary mission. During its nearly decade-long journey, Dawn traveled more than 3.5 billion miles or the equivalent of 140,000 trips around Earth’s equator. The spacecraft delivered troves of important data to scientists worldwide with the first-ever, up-close look at two planetary bodies that date back to the formation of the solar system. In recognition of these achievements, the Dawn Project Team received prestigious awards, including the 2015 Robert J. Collier Trophy and the 2016 National Space Club’s Nelson P. Jackson Award.

In July 2011, Dawn reached its first destination, Vesta, the second most massive object in the main asteroid belt. It spent nearly 14 months orbiting and mapping Vesta, returning more than 30,000 images and other measurements of the protoplanet. In September 2012, Dawn departed Vesta in pursuit of its second destination, the dwarf planet Ceres, previously known as the largest unexplored world of the inner solar system. Dawn entered orbit around Ceres in March 2015.

Since then, Dawn has returned nearly 40,000 images of intriguing topographical features, including the now-famous bright areas believed to be salt concentrations on the surface of Ceres. The quality of all images collected from both Vesta and Ceres substantially exceeded resolution previously available from the ground-based W.M. Keck Observatory and NASA’s Hubble Space Telescope. In fact, many of the images Dawn returned are more than 800 times the resolution available from Hubble observations.

Dawn's mission is managed by the Jet Propulsion Laboratory for NASA's Science Mission Directorate in Washington and is a project of the directorate's Discovery Program, which is managed by NASA's Marshall Space Flight Center in Huntsville, Alabama.  The University of California at Los Angeles (UCLA) is responsible for overall Dawn mission science.

The LunaH-Map Nano Being Brought To Fruition

Elizabeth S. Eaton of the Arizona Republic's online infosite posted a feature that highlights the work being done at the University of Arizona for their LunaH-Map CubeSat. 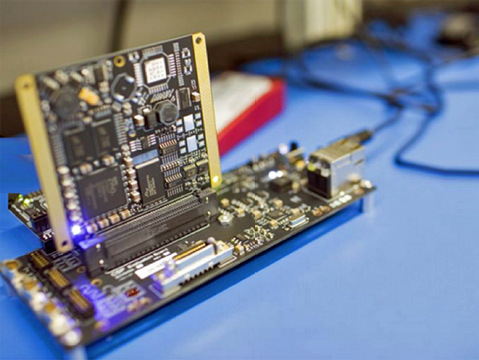 If the size and scope of the Apollo missions are comparable to Imperial Star Destroyers, then the CubeSat being built at Arizona State University is like the probe droid that was sent to Hoth. The spacecraft are built to gather information on a more focused set of questions because their size limits what they can accomplish in space.

Craig Hardgrove is the principal investigator of the ASU-based mission which is called LunaH-Map because of the craft's goal to map the distribution of hydrogen on the moon.

A little less than a year ago, LunaH-Map was selected by NASA as one of 13 CubeSat missions to be launched in 2018.

In May, the team’s lab officially opened up shop on campus.

Hardgrove and his team recently began to assemble the spacecraft.

They've made progress on the communication system that will eventually have to fit into the satellite, he said.

Currently, however, the wires and hardware that litter the tabletops don’t seem like they could ever be condensed to fit inside such a small craft.

The radio and the “brain” of the soon-to-be CubeSat are laid out on two boards. While the pieces are being assembled, they’re referred to by the more apt name—FlatSat.

A FlatSat, Hardgrove said, is like “if you took the whole box and spread it out on the table. It’s not meant to simulate the mechanical function or how everything’s going to fit together, but it represents how it’ll talk.”

Getting the two systems to communicate was a small but important achievement in the early stages of design, Hardgrove said. Getting them to fit, however, will be a whole separate odyssey.

Igor Lazbin, the chief engineer for LunaH-Map, is in charge of packaging together all the components of the CubeSat so the smallsat will make it to the moon.

The team has to work within specific weight and volume requirements—Lazbin said he's constantly in the process of selecting what and what not to put inside the satellite.

He said that they'd like to include more functionality and do more things, but are pretty heavily restricted by size and mass.

“I think NASA is hoping for these very tiny spacecraft to play a role in space exploration, even large missions in the future,” Hardgrove said.
asu.edu/
http://www.azcentral.com/

The European Space Agency (ESA) has selected Tyvak International SRL—an originator of nanosatellite technology—to demonstrate the feasibility of having nanosatellites provide autonomous inspection and support services on the International Space Station (ISS) while in orbit.

Tyvak International will serve as the prime contractor for the “Multi-Purpose CubeSat at International Space Station (ISS)” study, conducted under the ESA General Studies Program (GSP), meant to serve as a proving ground for the Agency’s future space-based activities.

Tyvak International was selected for this program because of the firm's knowledge of the nanosatellite industry and prior experience working on similar demonstrations. The ESA study is expected to be complete by early fall 2016.

Nanosatellites have the capability of providing multi-purpose platforms that can be deployed, retrieved, and refurbished by astronauts or robotically in the ISS environment. As part of this contract, Tyvak Nanosatellites will: