Radio Frequency Interference is a persistent and growing problem for SATCOM network operators. Industry groups such as the Satellite Users Interference Reduction Group (SUIRG) have reported that signal interference significantly impacts margins, Quality of Service (QoS) and operational efficiency. In addition, it is estimated that the impact of interference on a relatively small satellite fleet can cost an operator more than $1 million per year.

Modern SATCOM interference geolocation systems employ differential time and Doppler measurements taken in the satellite downlink to produce geolocation estimates of uplink sources of interference. Recent advancements in geolocation system features and capabilities have expanded the use of these systems into new domains. It is an exciting time for geolocation use as the market increases in size with new applications.

Traditional Use Of Geolocation
Most high profile applications of satellite geolocation systems have traditionally been targeted at combating intentional interference. There have been numerous instances in recent history where intentional interference has been employed, typically by government entities, in an effort to deny access to satellite communications links for political and economic reasons.

A recent example was during the FIFA World Cup™ in July of 2010. Broadcasts of several football matches by the Al Jazeera Sports Channel were deliberately jammed. Geolocation techniques were applied to the interference to determine the origin of the signals to within three kilometers. While these cases typically draw significant attention in the press, they account for a relatively low percentage of actual interference events.

Common Geolocation Applications
A much more common use of satellite geolocation systems is for the investigation and mitigation of unintentional interference. These events are often caused by equipment failure or operator error, and can manifest themselves in many ways, some of which might appear intentional.

One past case involved transmission hardware that defaulted into a state where a sweeping CW signal was transmitted when the unit should have been idle. At first glance this would appear to be a case of intentional interference. In another instance, an amplifier in a transmission chain was left powered with no input source, which had the effect of transmitting a wide band noise signal. Geolocation can be effectively used for quickly identifying these types of problems, which in turn reduces the duration of the interference event.

As advances in hardware and algorithms push the envelope of SATCOM interference geolocation system capabilities and the products evolve to become easier to use, they are increasingly being adapted to new uses, often by communities that have not been traditional users of these systems.

Traditionally, performing a geolocation of SATCOM interference sources has been an iterative, time-consuming process, which required the close involvement of an expert operator. Advances in user interfaces and smart processing algorithms have drastically reduced the amount of operator involvement required to perform a geolocation. Many modern geolocation systems are sufficiently user-friendly as to allow their operation by technician-level operators, with little or no theoretical background in communications or astrophysics. Further advances are allowing for fully automated geolocations to be performed with no operator involvement whatsoever.

This approach to satellite traffic surveillance is of significant interest to satellite operators that seek to monitor their own authorized users, as well as collect intelligence on their competitors. By surveying the traffic across a competitor’s satellites, a satellite operator can learn valuable information about the size and nature of a competitors’ customer base. Geolocation of traffic on a satellite is a valuable tool for communication regulatory agencies as well. These agencies can use a geolocation system to verify that transmissions from within a given region or country are associated with a valid license to transmit from that area.

Advances in hardware and signal processing algorithms are also enabling the detection and geolocation of low power and exotic signal types that had been previously difficult, or impossible, to geolocate. Carrier-under-carrier techniques perform automated decompositions of composite signals into their constituent signals, any of which can then be geolocated. This is of particular interest when combating unauthorized satellite access and pirating, where the offending signal may be intentionally weak or spread in frequency so as to make geolocation difficult. By geolocating these sources of interference, a satellite provider can ensure that their customers
are receiving the appropriate quality of service.

The ability to detect and geolocate very weak signals also enables satellite controllers to use reverse geolocation techniques to generate improved satellite ephemeris without affecting traffic on the satellite. Referred to as Ephemeris Error Compensation (EEC), this technique exploits a priori knowledge of one or more emitters at known locations, and uses them as calibrators to calculate improved satellite ephemeris.

Current EEC techniques use traditional above-the-noise-floor communications waveforms as calibrators, but with the ability to process very weak signals, spread spectrum waveforms can be used that are broadcast well under the satellite noise floor, that will not affect existing traffic on the satellite.

Tooling Along
Continual advances in the capabilities and usability of geolocation tools have expanded the reach of these valuable tools into new fields. This will not only continue to happen in the coming years, but will likely accelerate due to the interest level and increased research and development in the geolocation field. For organizations that have considered geolocation in the past but have not employed its use, it may be time to reconsider.

About the author
Dan Ojennes has been working on the satID product line at RT Logic, a wholly-owned subsidiary of Integral Systems, since it was acquired by the Company in 2009. He has performed various roles on the team from technical lead to business development lead. Dan is involved in many of the aspects of the satID product from design and development to customer delivery and marketing. Prior to joining RT Logic, Dan spent 12 years developing high-performance, data intensive test and measurement equipment including logic analyzers and protocol analyzers at Hewlett-Packard, Agilent and Fluke Networks. Dan received his BS in Mathematics from the Colorado School of Mines. 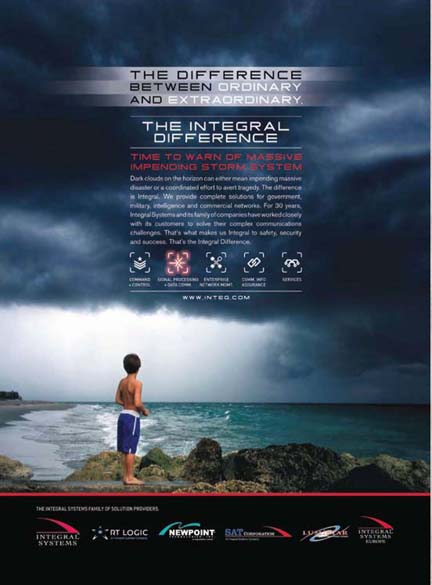