Small satellites today have been a subject matter of great interest, and some intrigue. Their rapid growth rate, and ability to tag team with fellow spacecraft to take over workloads previously done by more expensive and elegant satellites, are at the root of current attention.

The question on everyone’s mind is — “what does the future of this market hold?”

Mass Commoditization, Commercialization and a Tale of Three Industries

To gain better understanding of how the smallsat market might potentially develop, simply look at the “aisle path lighting” and other guide posts that are already out there. Fundamental bellwethers are no longer hidden from thoughtful observers.

Smallsats are rapidly becoming commodities. Today’s small satellite market is behaving much like the mobile wireless and computing markets did when they were on the cusp of commoditization, commercialization, miniaturization, and falling price points characteristic of movement from “elite” to “commodity.” 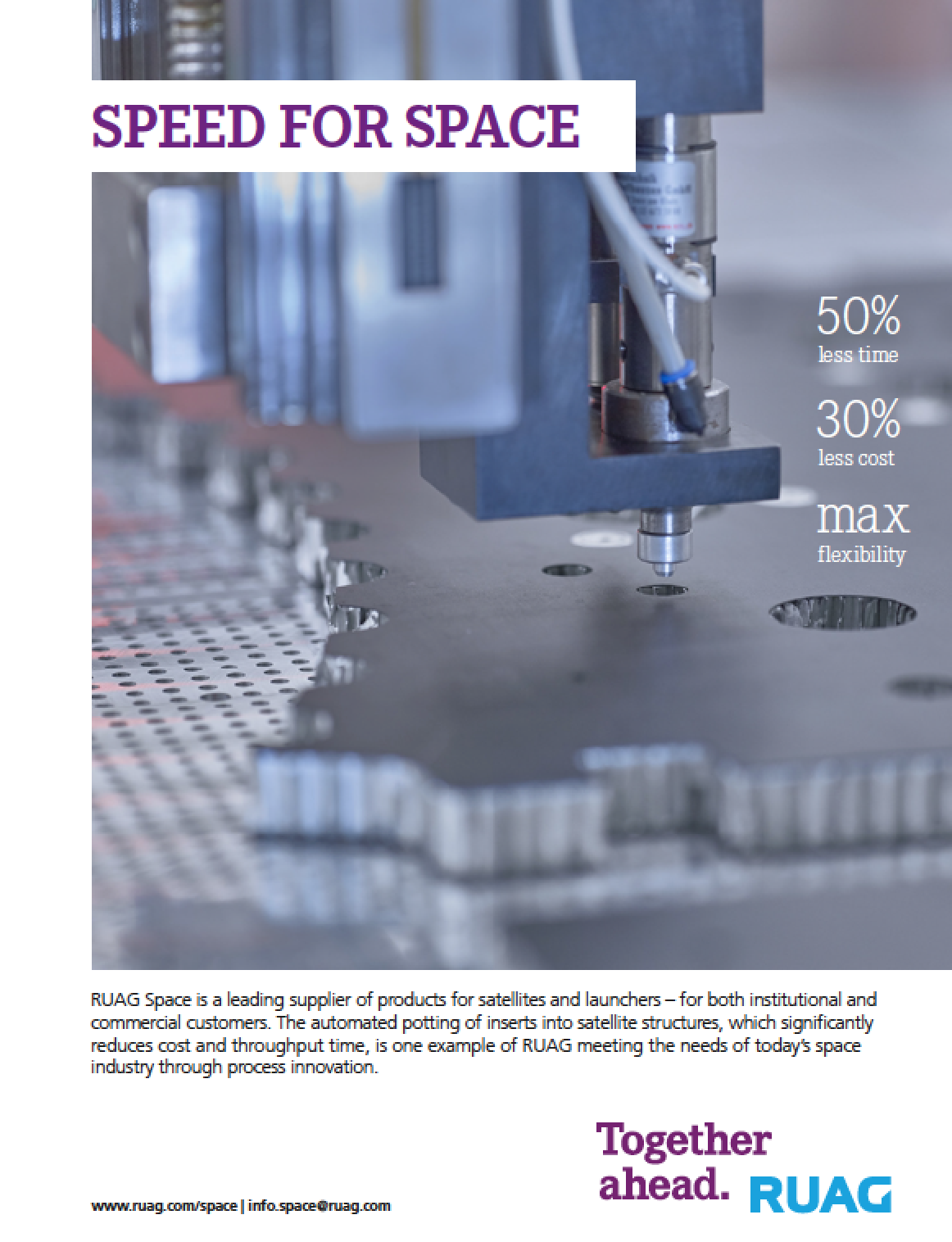 This shift happened within a few short years as smaller satellites <500 Kg (and specifically those under 150 Kg) continue to improve performance and increase life cycle. A recent analysis showed similarity of movement in the smallsat market to the mobile wireless and computing markets by comparing adoption and commoditization patterns through 20 years of research in patterning market and systems behavior. (See New Space Journal, Rhemann, M.K., 2017. How Understanding Disruptions in the Mobile Wireless Computing Market Can Help Us Anticipate and Create a Healthier Smallsat Market. New Space, 5(1), pp.27-32.)

Significant cost reduction has created new uses. Price points of fully loaded costs for launch and satellite continue to drop to 1/10th and, in some cases, 1/20th of last decade’s cost structures. Their relative value proposition will continue to rise profoundly as long as they remain cost competitive.

Satellite Use is changing. The late 1990’s U.S. ITAR crack down on the satellite industry forced a divergent market, and supply chain differentiation, in the satellite and telecommunications industries. Both developed separate markets, industry associations, and followings based on ITAR impact. Follow-on rapid democratization of mobile telecommunications in Asia, South America, Africa, and the Middle East, had a strongly non-traditional effect by creating droves of new mobile users willing to skip dominant market models and leap-frog directly into next-generation communications.

Meanwhile, on a global basis, “millennials” began to seek micro-banking apps and network ubiquity. As of 2016, 4.7 billion people have a mobile internet connection1. Multi-billion dollar investments in infrastructure for emerging nations, such as fiber and cable installations and rampant build outs of 3G/4G/ LTE mobile wireless networks in South America, has reduced some dependencies on traditional satellite providers.

Mobile Wireless, Computing, and Small Satellites have increasing synergies. As mentioned, the smallsat industry is showing signs of becoming a commodity industry, much like computing and mobile wireless device industries, with similar demand curves. Additionally, commoditization will continue to impact load balancing between networks and devices, much like was seen in the 1990’s when debates emerged over intelligent networks versus the smart devices.

Some terrestrial services are becoming “substitute” products for satellite as continued network convergence and ubiquity unfolds globally. As 2020 approaches, smallsats promise to play multiple roles in load distribution by providing and moving data across converged systems as network ubiquity and convergence continue to unfold.

A Story of Underlying Demand
Recent analysis indicates future smallsat demand is driven by broadband and underlying mobile wireless demand, constituting nearly 80 percent of the future market when measuring underlying demand, investment dollars, and anticipated future payloads. The other 20 percent of the market will consist of 17 percent imaging and 3 percent AIS and other low data rate functions. Near insatiable demands for data communications will inexorably gravitate toward lowest cost points for moving global traffic, which could well become smallsats.

“Where is this pent-up demand coming from?” The short answer is “Everywhere!”…  cars, TVs, toasters, and the Prada trousers you just tried on at the boutique. In the future, these trends continue as mobile video (for automobiles, advertising, mobile conferencing) becomes 69 percent of mobile traffic by 2025, followed by social networking, with 16 percent anticipated market share, with the remainder being apps, web browsing and other traffic.

The global telecommunications market looks much like it did in the 1990’s with bandwidth bottlenecks occurring everywhere. Mobile video, data feeds from autonomous vehicles and the emerging IoT are on target to constitute 10,000X data traffic growth, growing by an order of magnitude every five years as all move into the 2020’s.

Global economic growth in 2016 was roughly 3 percent, with escalated growth coming from emerging economies. The drive to expand global GDP through reaching the “other 3 billion people” has redefined future use for satellites as they continue to become more economical, and as the world seeks economic growth through connectivity. A 10 percent increase in broadband penetration can equate to a 1 percent increase in GDP.

However, in order to get growth, a new crop of consumers is needed. As the U.S. and industrialized nations become increasingly saturated markets for broadband and mobile services, consumer growth for companies such as Samsung, Facebook, Coca Cola, and Google will be achieved by linking electronically with new and younger populations of consumers globally3. In many emerging nations, broadband communications is considered “infrastructure” and included as part of government planning functions.

Architectures are Shape Shifting
Movement toward architecture ubiquity is driven primarily by broadband and other communications where future architectures deliver 3G/4G/ LTE, and future 5G/6G, by reaching between terrestrial domains to space to be further connected and enabled by LEO, MEO, and GEO architectures. The SES acquisition of O3B is symbolic of this architectural direction. SES’s acquisition of O3B, and Intelsat’s and OneWeb’s collaborations on LEO/GEO partnership, portend dramatic changes in future meshed architectures that will span from terrestrial mobile wireless, multi-G networks, and LEO and GEO constellations.

These new partnerships are resulting in expanded lower cost network offerings, such as O3B’s 2013 wireless trials with Huawei to deliver mobile 3G voice, data, and video. This large scale “architecture shift” is likely to continue, as is a move to “design your own” as cost/technological barriers fall and improvement scales up through new investment and volume. In fact, convergence and small satellite inclusion is a theme in meshed architecture planning by the 5G planning organization (5G-PPP). The broad sweep of next-generation mobile wireless systems throughout Asia has created a more utilitarian view of small satellites, seeing them more as node extenders for wireless networks.

It is easier to gain a glimpse of future architectures by appreciating past lessons on how mobile phones/networks incorporated WiFi, WiMAX, NFC and IP routing to other networks, by interconnection with external “faucets” for bandwidth, whether cellular, cable, or satellite. Software compression, miniaturization of antennae, and advanced software applications continue to improve speed and reduce latency. Meshed ground architectures and small cell networks have become rapidly configurable and can utilize mixes of regulated and unregulated spectrum. Antenna manufacturers such as Kymeta are leading the way for low-latency miniaturization of reception technologies.

Reliable, Agile, Low-Cost Launch Becomes More Competitive Toward 2022
Shorter satellite life cycle demand and rapid replenishment will continue to drive, reliable, agile launch, as cost pressures ensue for subsequent-generation replenishment of constellations. Due to the overall volume and launch intensity required for shorter-life smallsats, the market is fundamentally shifting to a meshed architecture approach to providing communications services. It is anticipated, based on forward trends analysis, that underlying unit costs (based on demand) will likely force increased price competitiveness in launch beyond 2022, thereby changing the competitive landscape.

The Future of the Market
Overall, the market bodes well for both smallsats and small launch. Though failure is certainly possible for some constellations, lower price points, rapid innovation and replacement, commercialization, and miniaturization, create an energized environment for ongoing technology infusion and cost reduction.

Taking OneWeb as an example, with a price tag of less than $3.5 billion, it is still a relative bargain. It is instructive to recall that in the year 2000, SBC Communications was involved in a $6 billion dollar effort merely to bring broadband to a handful of U.S. states. Even if large constellations ultimately fail, the next iteration is likely to succeed. As we’ve learned from terrestrial networks, price competition and M&A activity, as unit prices go down economies of scale,
must occur.

Market models that own both satellite and launch will likely reap more competitive advantages as future cost pressures ensue. Further, the business model behind the business model could be staggering: Broadband by satellite (if done efficiently) could, in the future, allow some VOIP models to one day replace carrier grade mobile telecom as we know it today, depending on many factors such as capital markets, global recessionary tendencies, and geopolitical factors. Whatever happens, it is going to be exciting!

Maureen Rhemann is the Sr. Executive and Strategist with the Reperi Analysis Center (RAC) and its research arm, Trends Digest™, specializing in disruptive trends, applied R&D, M&A, and predictive algorithm development for private client in space, mobile wireless, telecommunications, and computing. Maureen has been an analyst and strategist for 25 years working with Fortune 500 C-suite executives, senior public sector executives, and has served as the author, engagement lead or P.I. on more than 120 studies. ou can reach Maureen at maureen@trendsdigest.com