The idea of replacing satellite dishes with flat antenna arrays (FAA) is not a novel idea. 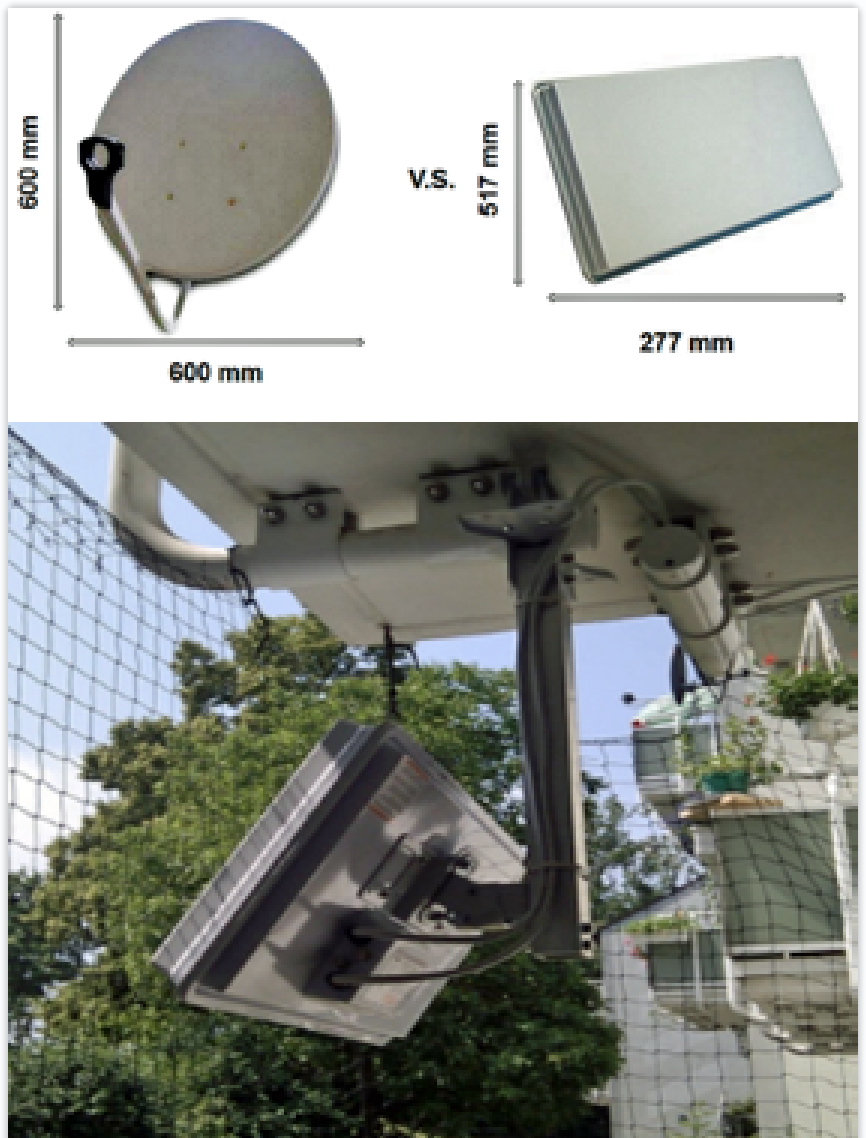 However, there are only a few companies who have been successful in the implementation of this technology.

First, it is important to understand why FAA is a focus of research in consumer electronics. The answer is that there are several advantages of FAA over satellite dishes.

FAA has smaller dimensions than a satellite dish. For example, a 0.6 meter dish may have the same gain value as a 0.517x0.277 meter analog, which is up to twice as small. Moreover, FAA has no external LNB converter — the LNB is placed on the back side of the array. Plus, the weight of a 0.6 meter satellite dish is about 7 kg. With the same gain value, flat analog may be up to three
times lighter.

Small size, low weight and a much more attractive look allow customers to place their antennas on a balcony or patio, with the unit being much less noticeable than a dish. Also, the lighter weight allows customers to save money by handling the installation
by themselves.

In colder regions, snow sticks to the dish cavity surface during the winter. This interferes with the antenna beam and damages the quality of the incoming video stream.

The flat surface of FAA prevents any build up of snow, which makes the unit the ideal technology for northern areas. 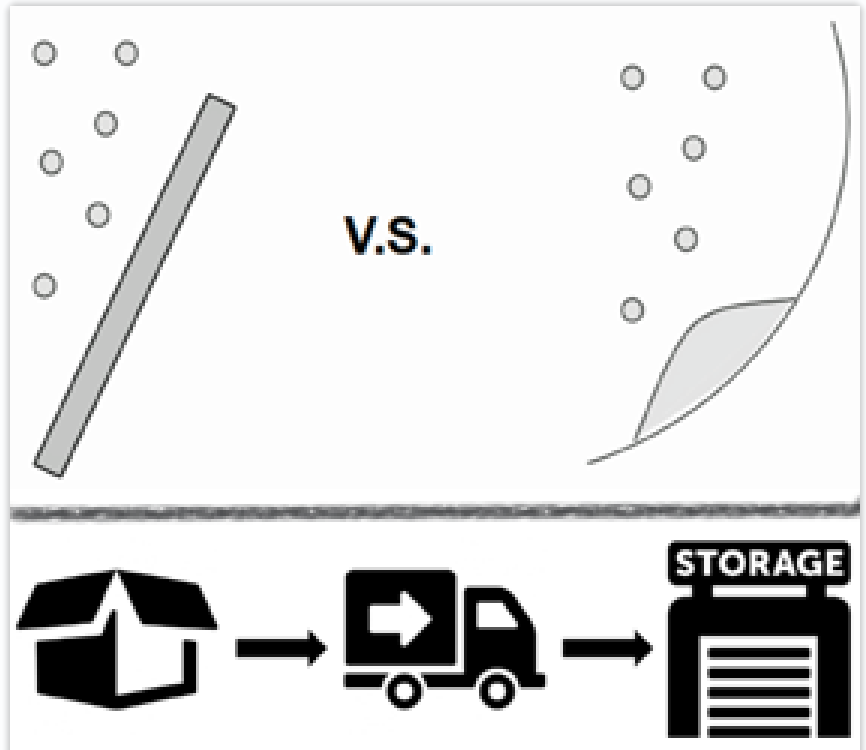 In addition to size and weight, ease of installation and better adaption to cold weather, FAA has undeniable economic advantages. Due to its much smaller dimensions (517x 277 meters versus 600x600 meters), FAA is twice as inexpensive in terms of storage, transportation and packing logistics.

Additionally, the flat ergonomic design and small size decreases the effect of the wind as much as 6.5 times. The lower weight substantially cuts costs for the manufacturing of the parts required for fixing the unit, should such
become necessary. For mobile satellite TV purposes, the
low weight of the antenna structure compared to the 0.6 meter satellite dish may also cut costs for a motorized orientation system. There are two main and important reasons why FAA has not yet replaced satellite dishes.

The first is the complexity of providing double-polarization for FAA, which means the customer may get access to only half the number of TV channels, and that makes this system less attractive to consumers. Also, the polarization problem has not yet been adapted to accommodate the trend toward multi-TV receivers, when access to different channels needs to be available for simultaneous display on different, independent screens. As of this writing, SelfSat and Satgear are the only two companies who have solved that problem.

The second reason is the price. The price of FAA is still too high for the mass market. For example, SelfSat’s H30D1 or Satgear’s Flat 440 Portable cost about $80.00 in the European Union. In contrast, a 0.6 meter dish can be purchased for approximately $38.00. As a result, the market is wide open for companies who are ready to solve these two problems.

The Shubin Satellites team has developed an alternative to the Selfsat and Satgear models — the specifications of this new configuration are listed to the right above:

For additional information, the email contact is shubin.satellites@gmail.com or via LinkedIn at Dmitrii Shubin

Dmitrii Shubin studied at the Peter the Great Polytechnical University, Department of the Radio and Telecommunication Systems, and obtained a bachelor degree and then in the Department of Innovative Entrepreneurship, earning a Masters degree. He is an independent researcher in the fields of radio and telecommunications, RF systems and signal processing. Dmitrii has worked on spectral density enhancement for satellite communication television systems. From 2014, Dmitrii worked on scientific and applied activities in antenna systems for smallsat platforms as well as consumer electronics. 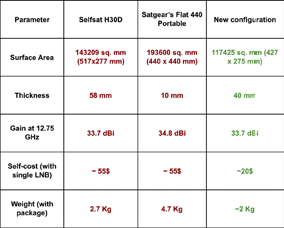