This company is only the fifth organization that has been licensed to provide high-resolution space-based imagery of Earth. What is most interesting is that their satellite, as of this writing, the smallest satellite ever orbited that can capture imagery at better than 1m resolution. 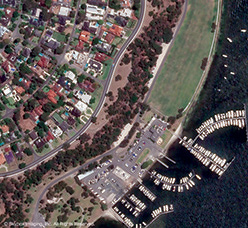 After much anticipation, Skybox Imaging (NSG: SKYB) of Mountain View, California, launched their first satellite (SkySat-1) into orbit in November of 2013. The success of this launch on a Russian Dnepr vehicle led NSG Analysts to improve Skybox’s ranking from #12 to #7.

NSG provides the space industry with current analyses that’s related to the business of NewSpace, a growing sector that is composed of hundreds of private companies that are involved in space related products and services. Further information regarding NSG is available at: https://www.newspaceglobal.com/home

The launch occurred on November 21st from Yasny, Russia, and contact was made with the satellite on its first pass, with complete bus commissioning occurring within just a few days of the latter’s success. The first images were then captured within hours of commissioning. SkySat-1operates in a polar inclined, circular orbit at approximately 450km above the Earth. 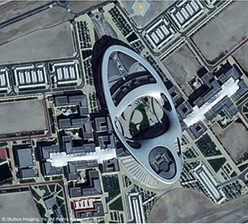 The company has also reportedly come to an agreement with Virgin Galactic to use that firm’s LauncherOne rocket for future missions.

Leading the team, and also a co-founder, is Tom Ingersoll, who has more than 25 years of experience in the space and communications industry. He grew the firm from its development stage to the deployment of the first satellite. Previously, he co-founded and was the CEO of Universal Space Network (USN), a provider of global ground station services to the satellite industry.

Joining Tom in the endeavor is co-founder Dan Berkentstock, Executive Vice President and Chief Product Officer. He leads the vision, implementation and delivery of the products and services that are derived from Earth imagery. He founded Skybox as the CEO and raised $21 million in equity financing from silicon valley VC companies and built the team to 50 in number and also obtained the NOAA operating license. He also oversaw the design and CDR of their first satellite. His prior experience includes that of supporting two shuttle missions at NASA’s Johnson Space Center. 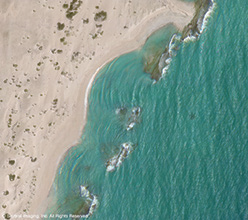 The coastline of Somalia.

Another co-founder is Julian Mann, Vice President and in charge of Product Management. He is an aerospace engineer and was part of NASA’s manned space program where he conducted oversight and risk analysis on the agency’s Constellation program. He founded Astronautical Development which specialized in nanosatellite engineering and also provided products and services to a number of U.S. government agencies.

The company builds satellites, writes code, and deploys data centers and work toward finding answers to some of the world’s most important geospatial problems—regardless of data source—which they call Earth Observation 2.0. Their satellites and software are constantly evolving to address client needs, matching the actual needs of real customers.

Skybox is a privately-held company and has now raised more than $91 million from such firms as Khosla Ventures, Bessemer Venture Partners, Canaan Partners, and Norwest Venture Partners. Specialists from Cloudera, DigitalGlobe, JPL, and Shutterfuly, Joe Rothenberg (former director of NASA’s Goddard Space Flight Center) lead the board of directors.

In December of 2013, the company released the first image captures from the SkySat-1 satellite. Three of those photos are presented here, courtesy of SkyBox Imaging.

Further information is available at the company’s infosite: http://www.skyboximaging.com