The coming wave of LEO communications constellations has focused attention as never before on the cost of ground systems. 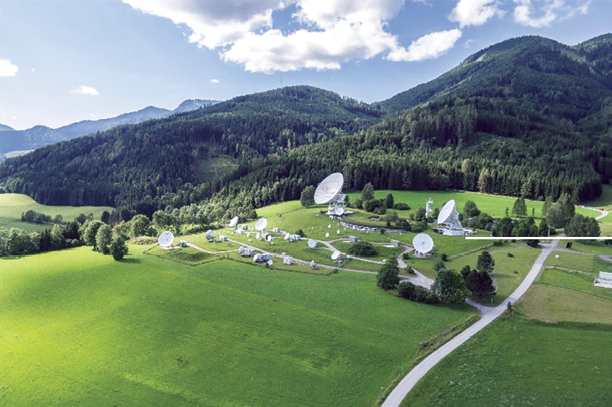 Financial analysts cite ground system costs as one of critical potential bottlenecks that could slow adoption of the enormous new capacity that LEO satellites can add.

The R&D engines of flat-panel innovators are running at full speed in search of technology that, when produced in high volume, can drive prices to a fraction of current levels.

As always, the value of this kind of innovation spreads far beyond the specific application it targets. The entire satellite communications business would gain tremendously from lower-cost ground systems. This creates the opportunity to rethink all of the costs associated with ground systems.

I start that process from the satellite antenna and RF electronics and move down the block diagram to the IFL, indoor modems and operational systems. Costs come in both CAPEX and OPEX, from the hardware to the operations, which includes personnel and expenses like power, maintenance and SaaS.

Technology has been best at helping us reduce these CAPEX and OPEX numbers making ground systems more affordable for all operators.

Improving the Hardware
Last year, I celebrated my 30th anniversary in the satellite industry. Those of you who have been in the industry for as long remember a period of time when the multitude of letters describing the Standard Earth Station, starting from A and working down the alphabet.

We paid a premium for a 160oK, 60dB Ku-band LNAs and dealt with tuning the cavities of Klystron amplifiers for any power requirement over 500 Watts and the standard modem configurations of Intermediate Data Rate (IDR) and Intelsat Business Services (IBS) applications covering a range of data rates from 64 kbits/s up to, the high for the time, 8.448 Mbit/s.

Certainly much has changed in the industry and technology in general. Moore’s law continues to deliver more bits per hertz per dollar to the
end customer.

We have seen the legacy 70/140MHz IFL and their associated synthesized frequency up and down converters replaced by L-band IFL technology solid-state amplifiers for satellite communication systems, with embedded block up and downconverters.

The transformation of those same solid-state amplifiers from Gallium Arsenide (GaAs) transistors to Gallium Nitride (GaN) transistors has reduced their size and improved their efficiency.

Single modems now have L-band Input/Output along with integrated equalization and uplink power control replacing three separate units. This has allowed the ground station designer to house all the RF electronics outside, closer to the antenna feed, which improves performance while reducing RF loss and cost.

The data center where this equipment resides is benefiting from better design, the use of intelligent HVAC control systems, the reuse of HPA exhaust heat for comfort heating and antenna de-icing.

While these changes were happening on the ground, the technology in the sky was also improving. Satellite manufacturers have produced satellites that are at least ten-fold more powerful and transport more than ten times the data rates of those from only a decade ago. This has allowed us to design smaller, more agile and less costly ground system components from the antenna to the RF electronics.

Software Improvements
The majority of the improvement in SATCOM ground system costs — and in all industries, for that matter — comes down to software.

Remote Management and Automation software has allowed us to replace multiple tasks which were once time-consuming and highly labor-intensive reducing the manpower associated with operating the ground station.

The software that defines the signaling for better waveforms and networking for better multiple access protocols has contributed to greatly reducing the satellite bandwidth required for operational networks. We’ve seen more than 70 percent bandwidth efficiencies from technologies developed just ten years ago.

Software obviously provides the brains behind the software-defined platforms and networks, allowing virtualization and cloud-computing operation. This has also permitted the use of smart redundancy techniques, removing the need for multiple platforms while also allowing for lower-cost geo-redundancy capabilities. 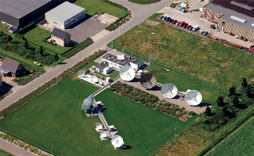 Software now defines the radio hardware and allows multi-service antenna systems to open the possibility of operating terminals on several satellites simultaneously. That will reduce CAPEX exponentially compared to utilizing multiple systems to communicate with multiple satellites. The effect could be multiplied even more as flat panel, electronically scanned antennas proliferate in the markets.

I believe the SATCOM business is on the same path as the terrestrial telecommunication industry was 10 to 15 years ago. At that time, new technologies within telecoms were increasingly introduced through standardization — and this is what is needed for the SATCOM industry.

Hardware and software improvements, following a predictable roadmap based on standards, are creating a market right in front of us where high-volume, low-cost ground stations will make the satellite network an integral part of global telecommunications and drive high growth in volumes and total revenues.
www.speedcast.com

Paul Scardino is the Senior Vice President, Speedcast. He holds an MBA in Management (with Distinction) from Hofstra University in New York and a BSEE from Polytechnic Institute of NYU. Mr. Scardino is also a PMI certified PMP, a Six Sigma Green Belt and holds an ITIL Foundation Certification. He serves on the board as Northeast Chapter President of SSPI, director of Long Island Software & Technology Network (LISTnet) and senior advisor of the TIA.