While the number of connected objects and mobile phones on Earth is now greater than the number of human beings, there are still some areas where there are no mobile networks available.

These are remote regions of the world where the density of human population is so low that mobile operators cannot economically install infrastructure, or areas where the environment is so inhospitable that it is nearly impossible to deploy infrastructure — areas such as open oceans, mountains or remote desert regions. To provide coverage and connectivity to these regions, satellite communication is the only technically and economically viable solution.

As a result, there has been a continuing desire to connect mobile terrestrial networks with satellite networks, even though developing these solutions has presented difficult business models and unique challenges. 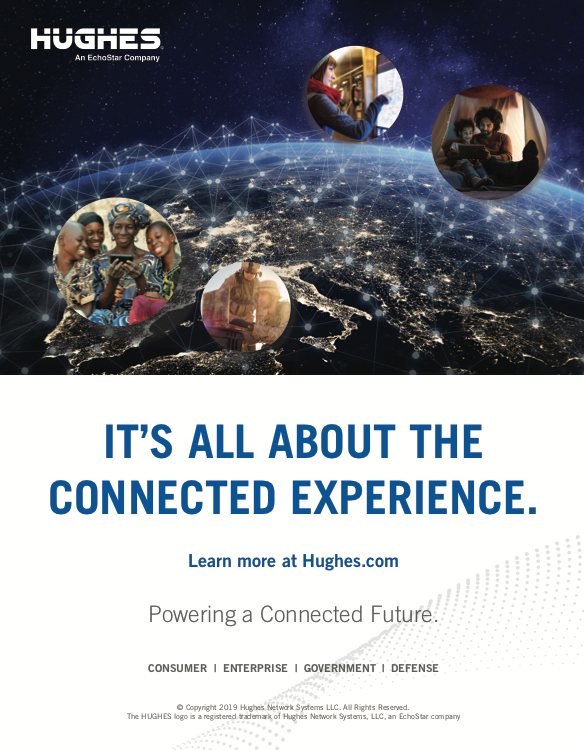 Much progress has been made since 2G adaptations were made, but the solutions developed so far have relied on proprietary systems, networks and devices, and have not been able to benefit from mass market economies of scale. Moreover, end user subscription rates for these proprietary solutions have been expensive and user experiences unusual.

In response to this, a trend has developed based on adapting existing terrestrial networks and systems to support satellite-based communications. These efforts have focused on integrating satellite communication protocols directly into terrestrial systems in order to define a complete, end-to-end solution comprising chipsets, networks and user equipment.

Standardization for this satellite and LTE integration initiative is continuing on its own path and, despite a strong push from the satellite community, these standards have not yet been finalized, mostly because mobile operator interests have been prioritized first.

The two companies have developed a solution that enables LTE end user devices to connect directly to geostationary satellites in a world-first achievement that has many applications.

This exciting development has the potential to create new opportunities for device connectivity in several markets where ubiquitous coverage is of paramount importance. 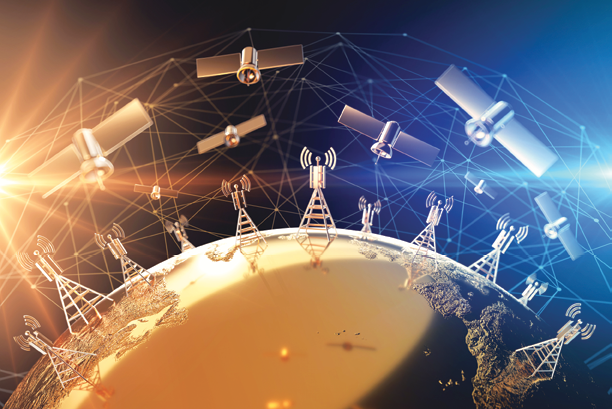 One of these is in the M2M and IoT market, where Northern Sky Research predicts there will be 5.8 million M2M and IoT devices connected via satellite over the next couple of years.

In order to enable LTE devices to communicate with satellite networks, several technical adaptations were made to existing LTE technology that leverage the optimized design of LTE while enabling easy roaming between terrestrial and satellite communications networks.

The following technology adaptations are all compatible with existing chipsets as designed for terrestrial 4G LTE and existing core and radio network equipment, though requiring significant engineering work.

Adaptation to Long Delay
Satellites are far higher in elevation than terrestrial base stations — the time it takes to send a signal from Earth to a satellite and return (RTT, or round-trip time) is much longer, requiring all closed loop procedures as defined in LTE to be modified.

These procedures include the initial random-access procedure (RACH) as well as the hybrid automatic repeat request (HARQ) process, combined with link adaptation.

RTT also impacts the end-to-end protocols in which timers are set to ensure proper operation. Software adaptations are therefore required for lower layer protocols as well as for higher layer protocols at the device side, while still allowing operation to continue as usual in the terrestrial core network, which is left mostly unaffected.

Adaptation to Link Budget
Satellites are much farther apart than terrestrial base stations — an adaptation of the power control procedure as well as the definition of a new power class for devices is required. 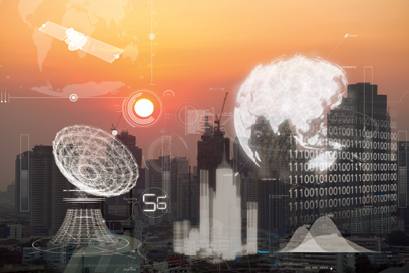 This involves the need for higher than the usual 3GPP transmit power of 23 dBm as well as the need to replace link adaptation procedures by setting different values for MCS (modulation and coding scheme) and possibly shift the operating point of the terrestrial system’s 10 percent packet error rate to a more conservative value that is better adapted to satellite system requirements.

The operating point of a terrestrial deployment is quite different from that of a satellite deployment and much re-design is required to secure the best throughput for each of the planned services.

Adaptation to Cell Topology
GEO satellite systems cover the Earth with multiple beams creating cells that are usually much larger than a terrestrial cell. As a result, procedures to detect cells, to handover from one cell to another, and set timing advances were adapted to address the satellite network’s completely different cell topology.

Adaptation to Satellite Wireless Channel
Devices on Earth are communicating directly to satellites in both GEO and LEO satellite systems.

Adaptation to Narrow Channels and Specific Frequency Bands.
4G LTE is a wide-band system, using carrier channels up to 20 MHz wide for high throughput, and aggregating several carriers to increase the throughput even more.

In the spectrum channels historically allocated to satellite communication systems, available bandwidth is usually narrower and operating frequencies are often unique to the satellite system. As a result, specific adaptations to the RF subsystem (RF transceiver and front-end) must be made to accommodate these narrower channels.

In some cases, dedicated development is necessary to adapt the 4G LTE system to narrower bandwidths, even though LTE was defined to support bandwidths as narrow as 1.4 MHz.  Antenna design may also need optimizing to overcome the ground-to-satellite link challenges.

The beauty of these LTE for satellite advancements is that they open the door to universal communication systems, encompassing both terrestrial and satellite networks, while using components that are already in use and deployed worldwide in commercial terrestrial LTE networks.

This technology can positively impact virtually any application or use case where ubiquitous network coverage is required.

Applications include the tracking of assets in worldwide shipping, connected cars, transportation, navigation, energy, and the list goes on.
www.sequans.com