Commercial Space Technologies and Applications was written by Dr. Mohammad Razani, the Professor and Chair of the Electrical and Telecommunications Engineering Technology Department at the New York City College of Technology, City University of New York. 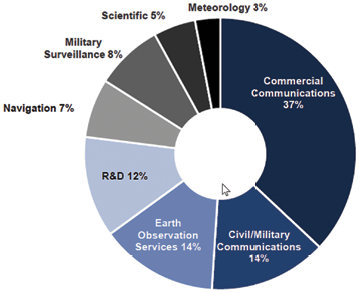 The book has recently been updated and now adds questions and problems at the close of each chapter to make this a suitable textbook for classroom environments. The book also covers satellite debuts as well as new and emerging technologies.

Space technology is the technology that aims to conquer the new frontiers of space. The focus of this updated book are the satellites that are entering a new era of becoming smaller, smarter, less expensive, easier to launch, all the while providing a better quality of service, one that is less susceptible to interference, by employing sophisticated new technologies.

With the rapid pace of advances in electronics, semiconductors, modulation, access, and multiplexing techniques; better performing amplifiers; antenna; rocket fuel; launchers; and so many other technologies affecting the satellite industry, five years is a lengthy period of time to update new technologies. During this term, advanced research activities have occurred in space technologies and related fields.

Space technologies have progressed at a rapid and astonishing pace and have affected everyone’s lives with the day-to-day functions, whether at home, at work or when traveling.

Seemingly, everyone has experienced some form of radio signal degradation in their cars or when mobile and transmitter range to a user’s device increase. With digital satellite radio broadcasting, such worries have decreased; one can listen to his or her favorite channel while traveling across continents and obtaining CD quality signal. 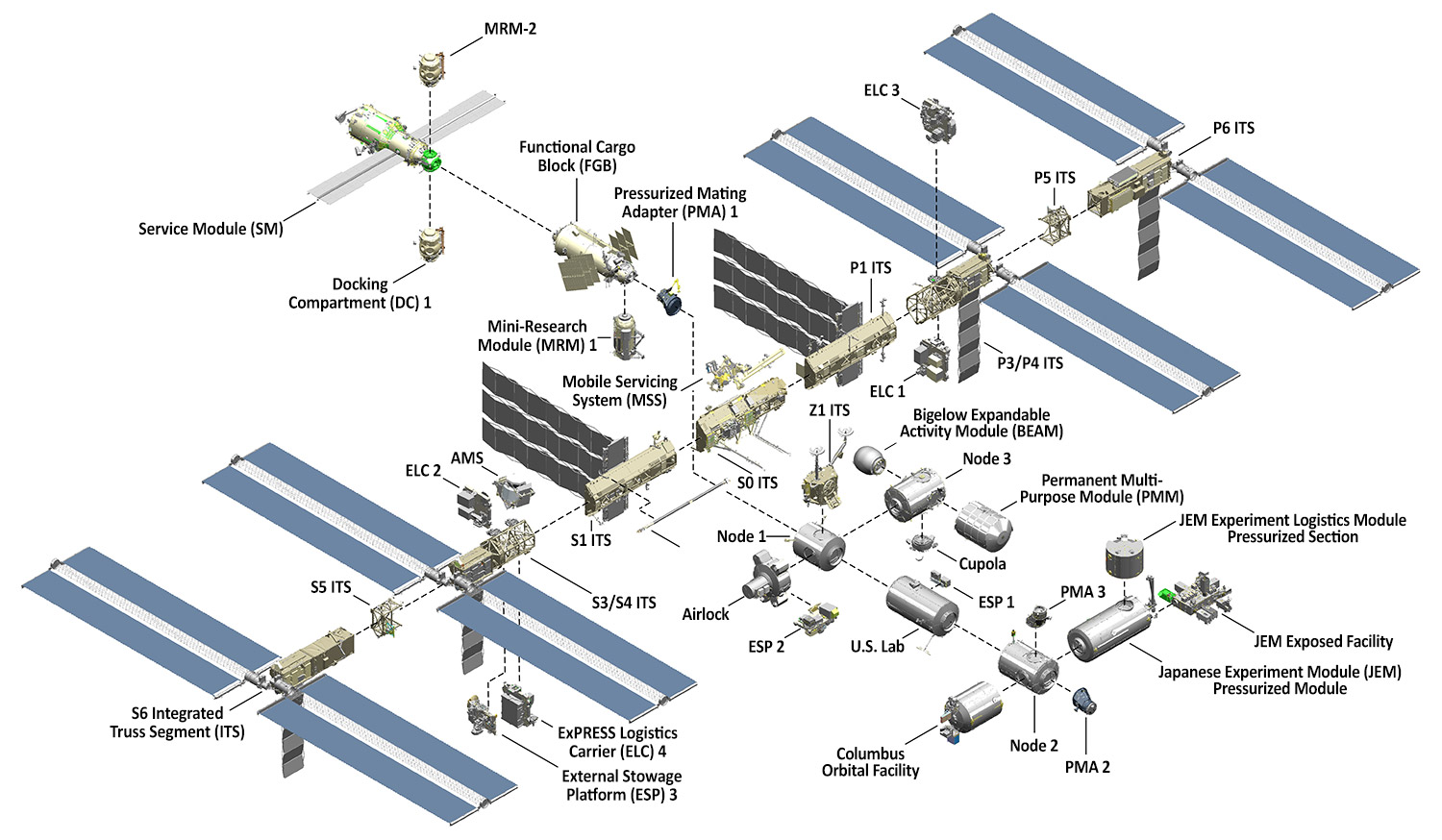 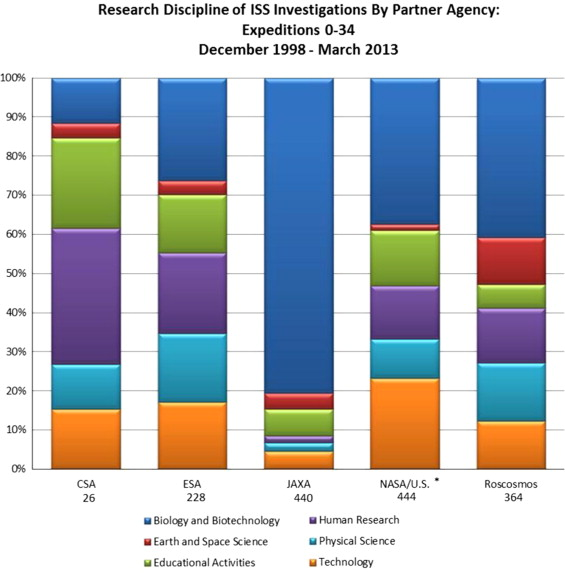 Every year, millions are switching to satellite TV with hundreds of channel capabilities available for viewing. Remote and isolated areas in developing as well as developed countries can now watch the same TV channels that people who reside in metropolitan areas watch and enjoy.

They can access e-learning, telemedicine, GPS, and numerous other services that seemed impossible only a few, short years ago. Through space technologies, one can penetrate deep into the Earth, the oceans or dense jungles to extract information from the data captured by satellites that are thousands of miles away on-orbit in space.

Floods can be predicted and even prevented by forecasting the amount of water resulting from snow melts, months before that even happens — the quality and harvesting of crops can be improved through the ability to estimate soil moisture contents from space, even when the crops are roofed by vegetation.

Oil spills can be estimated and controlled by real-time image collection and onboard processing by using Earth observation satellites. Having worked under National Aeronautics and Space Administration (NASA) contracts for many years in these areas, and having taught and carried out research projects in space related technologies, the author has a good understanding of how space and its technologies can benefit societies through a systematic and well planned set of policy-making decisions.

In this book, space and its applications are discussed and the role of satellites in communications, Earth resource utilization, weather forecasting, and other areas are explained (see Figure 1). 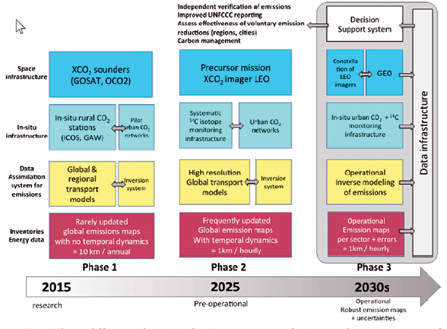 Commercial space technologies and applications have always fascinated the author, so much so that most of his time during the last four decades has involved working on the different aspects of space technology. How space was explored by humans, how it has expanded the understanding of the universe, and how lives have been — and will be — impacted in so many different ways are all tackled in this book.

This revised book introduces what is on the horizon that the next generation could benefit from... the technologies that are dreams today that could come to fruition, thanks to satellite technologies.

Distributing energy across the globe through the use of satellites that collect solar energy and then transmit that energy via microwave beams to different locations on Earth that are energy-poor, or launching spacecraft into space without rockets, are among some of the innovative ideas that are introduced in this book to readers.

This book is intended for college students, undergraduates and graduate students, professionals in space-related industries, engineers and technologists in telecommunication organizations, educators at various levels of lower and higher educational institutions, and anyone who is eager and interested in space science and technologies and its applications.

Also introduced are the space technologies that are benefiting humans’ everyday lives. As explained in detail, space provides a unique environment to carry out scientific research that otherwise would be impossible to complete on Earth. The results of such scientific research are monumental and the effects can impact everyone’s life.

Within the research laboratory facilities at the International Space Station, for example, scientists and engineers have been carrying out research in microgravity environments during the last 16 years to improve the quality and longevity of life on Earth. The fields of medicine, pharmaceuticals, metallurgy, physics, engineering, biology, and many others are benefiting from such unique research activities (see Figure 2 and Figure 3).

Throughout this book, the unique characteristics resident with the International Space Station (ISS) have been addressed. 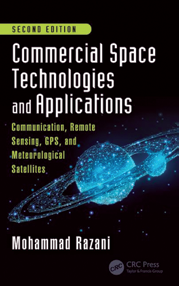 • 230 individuals from 18 countries have visited the ISS
• An international crew of six people live and work while traveling at a speed of five miles per second, orbiting Earth about every 90 minutes.
• The space station is 357 feet end-to-end, one yard shy of the full length of an American football field, including the end zones.
• A spacecraft can arrive at the space station as soon as six hours after launch from Earth.
• Four different cargo spacecraft deliver science, cargo and supplies: Orbital ATK’s Cygnus, SpaceX’s Dragon, JAXA’s HTV, and the Russian Progress.
• Through Expedition 52, the microgravity laboratory has hosted more than 2,400 research investigations from researchers in more than 103 countries.

Humans are curious and are always seek new frontiers to expand their horizon that can someday be explored. This book addresses the motives for outer space activities that are purely scientific and will provide a better understanding of the universe, enabling the reader to appreciate the blessings here on Earth.

Readers will be made aware of the fact that it is humankind’s responsibility to preserve the uniqueness of Earth for future generations by searching for new, clean energy sources and technologies and to ensure better use of the already available resources within the planet. Satellites are being used to provide information regarding global warming, a major area of concern to the global community (see Figure 4).

Additional areas of interest that are addressed by the author include how the global community can create an outer space environment that is safe and secure for this generation and for the generations to come. This is already partially underway and, for the past 50 years, is being addressed by the United Nation’s Committee on the Peaceful Uses of Outer Space (COPUOS).

Space is a natural resource that should be shared and used to benefit mankind and be free of any other use that would result in harm. Most of the fundamentals of international space law have been created by the Legal Sub-Committee of COPUOS. The fundamentals include:

• No nation can make territorial claims to outer space and celestial bodies within it Nations have free access to space
• All nations are free to conduct scientific investigation in space
• National rights to space objects launched by nations are preserved
• Nations will cooperate in rendering assistance to crews of spaceships in emergencies.

More than 50 States and two international organizations have registered over 91 percent of all satellites, probes, landers, crewed spacecraft and space station flight elements launched since 1957. Currently, of the approximately 4,600 satellites in Earth orbit, nearly 2,000 are operational.

Challenges ahead for the use of outer space could be summarized as follows...

As the book indicates, threats to space could be: intentional (the weaponization of space, as demonstrated by the proliferation of Anti-Satellite (ASAT) weapons; the use of conventional, kinetic energy and laser weapons; jamming and cyber threats; and unintentional, such as space debris, the risk of collisions and frequency interference.

Mohammad Razani has extensive experience in various fields of technologies that span Satellite Communications to Microwave Remote Sensing and Information Technology. Having received BS-EE and MS-EE from Kansas State University and a Ph.D. in electrical engineering from the University of Kansas, Dr. Razani has participated in NASA-funded research at the Space Research Center of the University of Kansas for many years and has applied his education and research experiences to numerous programs within various, related technologies during the last four decades.

This includes years of teaching and research positions in New York City College of Technology of the City University of New York, where he is now a full professor and chairman of the Electrical and Telecommunications Engineering Technology Department, a position he has held since 2007.

Dr. Razani has worked closely with the International Telecommunication Union, a specialized agency to the United Nations, and has participated for more than a decade as chairman and vice chairman of several CCIR and CCITT Study Groups.

Dr. Razani has published numerous papers in top peer-reviewed journals, presented at several domestic, regional, and international conferences, and has written several books, including Fundamentals of Satellite Communications in 1991, Information, Communication and Space Technology in 2012 by CRC Press (www.crcpress.com/product/isbn/9781439841631) and, most recently, Commercial Space Technologies and Applications in August 2018 by CRC Press
(www.crcpress.com/Commercial-Space-Technologies-and-Applications-Communication-Remote-Sensing/Razani/p/book/9781138097858)