The U.S. Geological Survey (USGS) now has almost 40 years of archived data of the Earth’s continental surfaces obtained from the Landsat program to support global change research and applications. This data, which has been supplemented by some pre-Landsat military programs, constitutes the longest continuous record of the Earth’s surface as seen from space. These millions of images have been distributed throughout the world for use in a wide range of disciplines, including global change research, agriculture, cartography, geology, forestry, regional planning, surveillance, education and national security. 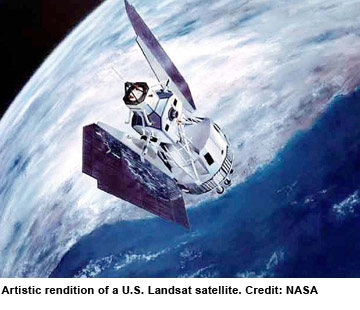 The Landsat program was started in 1966 under the name Earth Resources Technology Satellites Program. The program was then undertaken by NASA and the name was changed to Landsat in 1975.

In 1979, the U.S. Government transferred the program to the National Oceanic and Atmospheric Administration (NOAA) with the intention of eventually transferring responsibility to the private sector. This happened in 1985, when the Earth Observation Satellite Company (EOSAT), a partnership of Hughes Aircraft and RCA, took over the processing, archiving, and sale of Landsat data. EOSAT was also responsible for the development and launching of new satellites (Landsat-4 and -5) with government funding through NOAA.

However, continued government funding of Landsat was under a constant threat and, in 1989, consideration was given to closing the operation of the then operational Landsat-4 and -5 satellites. Fortunately, emergency funding allowed the program to continue. By the end of 1992, EOSAT ceased to process Landsat data, but resumed it once again in 1994.

During the EOSAT era, many Landsat observations were missed because there was no obvious or immediate buyer. Collecting data for scientific purposes for use in future scientific study was relegated to a low priority status.

To correct this, the U.S. government decided in 1992 to abandon the commercialization of the Landsat program and launched Landsat-6 and Landsat-7 as a government program, with the U.S. Geological Survey being responsible for the processing, archiving, and distribution of the data.

In November 1996, EOSAT was acquired by Space Imaging Inc., a company owned by Lockheed Martin, Raytheon E-Systems and Mitsubishi, as well as some companies who acquired minor interests in the firm. This company, which had rights to sell remote sensing data from the Indian IRS, the Japanese JERS and European ERS satellites, as well as their own launched Ikonos satellites, continued to be responsible for Landsat-4 and -5 data until July 1, 2001, when that data was transferred to the USGS. Space Imaging was acquired by GeoEye in 2006.

The initial core instrument of the Landsat program was the Multi Spectral Scanner (MSS) which was developed by the Hughes Santa Barbara Research Center in 1969. The MSS was gradually replaced by thematic mapper instruments. Landsat-1, -2 and -3 were placed in a polar orbit of about 900 km, whereas later Landsat satellites were placed in orbit with an altitude of about 700 km. In these orbits, the spacecraft crosses the equator from north to south between 10:00 a.m. and 10:15 a.m., local time. With a speed of 75 km/sec, each orbit requires about 99 minutes — it makes 14 orbits each day. In this way, a single satellite covers the entire Earth between 81 degrees North and 81 degrees South once every 16 days. 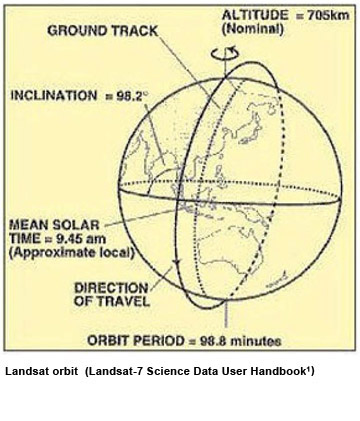 The satellite was based on the Nimbus series of three axis stabilised meteorological satellites and was equipped with: 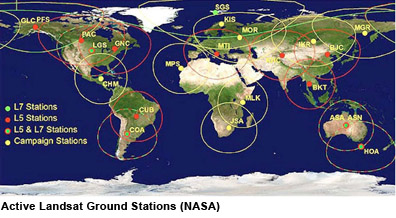 The 816 kg satellite was built by General Electric and was shut down on October 7, 1978, by which time the two tape recorders had failed, attitude control problems had been encountered, and the green band MSS sensor had failed. By then the satellite had returned 3,000,000 images.

The RBV system was operated primarily for engineering evaluation purposes and, only occasionally, RBV imagery was obtained primarily for cartographic uses in remote areas. 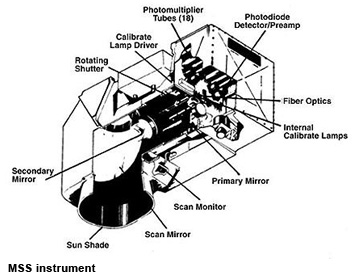 – Two Return Beam Vidicon cameras which could produce two side-by-side images of the same ground surface in the 0.505 to 0.75 µm band with a resolution of 40 m

– A MultiSpectral Scanner which operated, in addition to the same bands and resolution as for the scanner of Landsat1 and 2, in the 10.4 to 12.6 µm band with a resolution of 240 m to detect emitted thermal energy

In addition the 960 kg satellite, which replaced Landsat-1, carried a data collection system. The improved instrumentation on board Landsat-3 increased the resolution of the images to 40 m. The satellite was retired on March 31, 1983, although some references quote September 7, 1983.

Landsat-4
The Landsat-4 Earth resources satellite introduced a new design that incorporated an manoeuvring engine and also facilities for retrieval by the Space Shuttle, thereby allowing the satellite to be refurbished. It was launched on July 16, 1982, and the instrumentation consisted of: 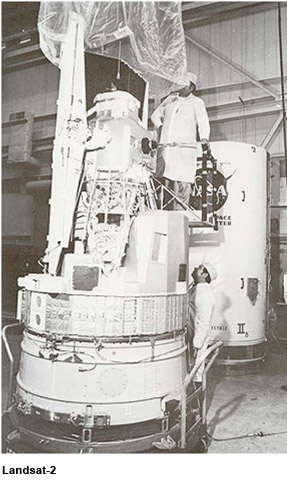 The satellite, with a mass of 1942 kg, was placed in such an orbit that it provided a global coverage every 16 days — unfortunately, the satellite lost 50 percent of its power after only a short time in orbit. Although it was intended to repair the satellite in orbit at a later date, such a repair mission was never carried out. The satellite, which was operated as a civilian spacecraft, was closed down on December 14, 1993, after it experienced further problems in functionality.

Landsat-5
Landsat-5, launched on March 1, 1984, was similar to Landsat-4 save for some minor improvements to avoid the power problems encountered with Landsat-4. The satellite, which had a mass of 1938 kg,, was placed in such an orbit that, combined with Landsat-4, global coverage could be achieved every eight days. This satellite continues to remains operational.

Landsat-6
Launched on October 5, 1993, the Landsat-6 satellite (pictured below, right) failed to reach orbit due to the failure of the Star-73 kick motor. The satellite was built by GE Astrospace and was based on the Tiros N meteorological satellite.

LDCM
The Landsat Data Continuity Mission (LDCM) will continue to provide repetitive gathering of high resolution multispectral data of the Earth’s surface on a global basis. It is scheduled for launch in December 2012.

The 2623 kg satellite is being built by General Dynamics Advanced Information Systems, a subsidiary of Orbital Sciences. The instruments that will be carried by LDCM are: 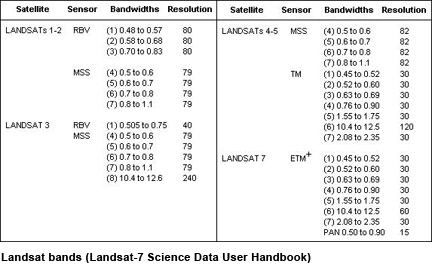 – The Thermal Infrared Sensor (TIRS) which will collect data in two longwave bands (10.8 and 12 µm) with a resolution of 120 m.

It is expected that the satellite will be called Landsat-8 once in orbit.

Landsat Users Study
A recent study for the U.S. Geological Survey2 surveyed the users of Landsat imagery as well as it applications. Of the 4,753 users that had initially agreed to take part in the study, 2,523, or 53 percent, actually completed the survey.

The 37 different application areas that were identified in the study were collapsed into nine categories for the purpose of analysis. Using these categories, it was found that more than 40 percent of the usages were for environmental science and management applications with 17 percent for land use/land cover, 11 percent for planning and development, 8 percent for education and 8 percent for agriculture.

More than 91 percent of respondents used Landsat imagery to answer questions or solve problems. 57 percent used the imagery as a basis for decisions whilst more than 80 percent considered the imagery as somewhat or very important to their work. Of all imagery used, 54 percent came from Landsat with the remaining coming from commercial and other sources.

Forty-five percent of the respondents obtained their data directly from the U.S. Geological Survey EROS office, while more than 20 percent downloaded the imageries from the Internet. However, about 25 percent did not know the source of the imagery they were using. 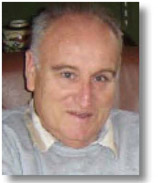 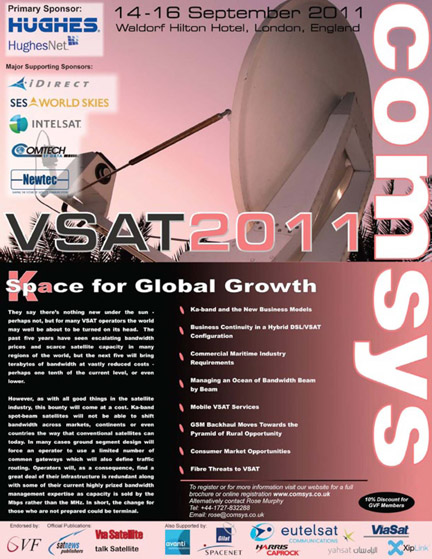