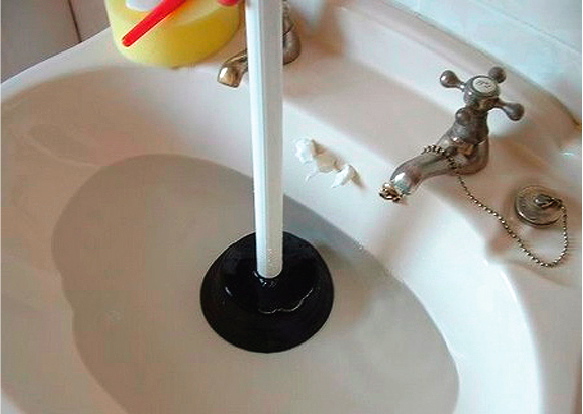 Based on Paired-Carrier-Multiple-Access (PCMA), a technology developed and patented by ViaSat, Paired Carrier is an embedded feature available in satellite modems. Paired Carrier allows the reuse of satellite space segment by overlaying transmit and receive carriers in the same frequency domain — this reduces the transponder bandwidth required to facilitate a satellite link by as much as 50 percent. Paired Carrier can be used in conjunction with other bandwidth saving techniques to provide added cost savings, such as those offered by Paradise Datacom. 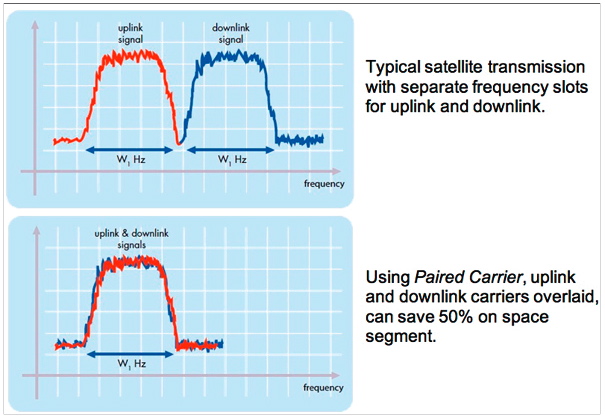 During the process of “carrier cancellation”, Paired Carrier cancels the locally-generated signal from the composite signal being received from the satellite that contains both carriers leaving only the signal being generated from the opposite end of the link. This is depicted in the diagrams above. The signal-cancellation algorithm estimates and compensates for gain, frequency, phase and delay in matching the unwanted component of the composite Rx signal with a delay-buffered version of its own transmission.

In contrast to the complex signal processing taking place in the background, the setup and operation of Paired Carrier is extremely simple. Beyond the normal setup required for any satellite link, activating the Paired Carrier feature involves only one additional step. By entering the relative locations of the satellite and the Earth station where the modem is installed, the embedded algorithm will calculate the exact distance and adjust the signal propagation-path delay to achieve optimum performance.

In circumstances where the distance between the modem and satellite are dynamic, such as a shipboard application, Paired Carrier–enabled modems will now accept a GPS input from an RS-232 GPS via an NMEA-183 interface. The two commonly used GPS protocols, GPS Fix Data (GGA) and Geographic Position Latitude / Longitude (GLL), are currently supported and the modem will automatically detect and switch to whichever is available.

Paradise Datacom’s GPS feature allows the modem to track changes in the ships position as it moves inside the satellite footprint and constantly updates the Paired Carrier algorithm to ensure the satellite delay component is always correct. Consequently, maritime operators are now enjoying the opportunity to utilize Paired Carrier in their fleets and capitalize on the cost-saving benefits that result from satellite link optimization previously available only to land-based operators. 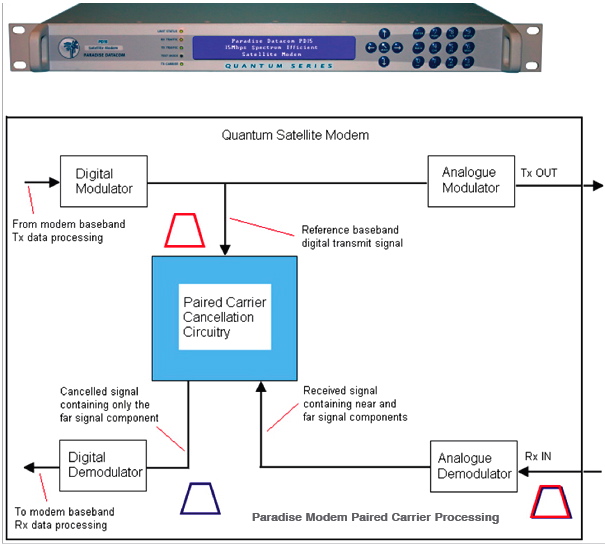 With respect to establishing the point to point link between stations, there are no special requirements in terms of how the two carriers are initialized. One or both modems can be powered down and back up again in any order and the link will be automatically re-established with no need for user intervention. Additionally, if a modem’s outbound carrier is muted, it will continue to receive the inbound carrier without any interruption.

As a result, Paired Carrier performance is remarkably robust when experiencing common link impairments induced by conditions such as rain fade or the use of inclined-orbit satellites. Paired Carrier can be used in combination with an Automatic Uplink Power Control (AUPC) system for an even higher degree of reliability. As is the case with any carrier-cancellation technology, the only restriction is that you must be able to see your own transmission. As long as the transponder accommodating the link is operating as the conventional “bent pipe” and the link itself is “bandwidth limited” with respect to its utilization of satellite transponder resources, Paired Carrier can provide a user with significant savings in their cost of operation. 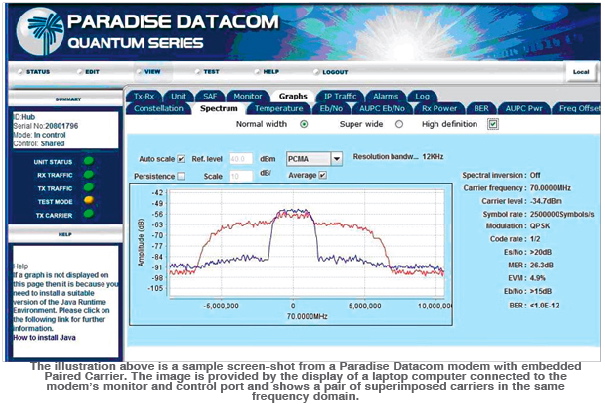 Paradise Modem Paired Carrier Processing
Paired Carrier can be added to existing systems as well as being incorporated into the design of new systems. The signal cancellation techniques used guarantees at least 25dB (typically 30dB) cancellation of the unwanted signal. By doubling satellite throughput in terms of spectral efficiency (bits/s/Hz), Paired Carrier can be used to cut operational expenses and/or free up satellite bandwidth for new applications and services. The savings can be used to reduce bandwidth or increase throughput, or convert to a higher coding gain to decrease power.

For Paired Carrier to work, the link must be bandwidth-limited. However, if a link is instead power limited then it is usually possible to change its design to turn it into a bandwidth-limited link. The two carriers must have power spectral densities that lie within 10dB of each other. There are many ways of balancing the power being used at each end of the link to achieve this.

The simplest techniques involve changing the Forward Error Correction (FEC) scheme, the FEC rate and modulation — all of which affect power requirements. If the Paired Carrier link budget cannot be closed using these techniques then, because of the significant bandwidth cost savings, it may still be viable to make more significant changes, such as to the antennas being used — and still achieve a fast return on investment.

Paired Carrier is available on all Paradise satellite modems and works with all modulations and FEC schemes. As an example, Paired Carrier and DVB-S2 represent the two most bandwidth-efficient technologies available today and can uniquely be used together in the Quantum modem.