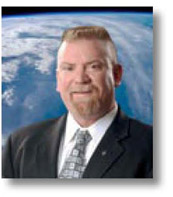 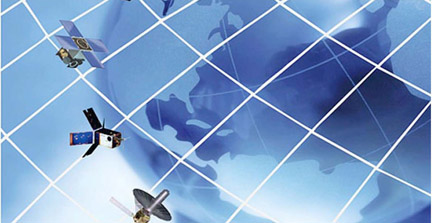 Mr. Kennedy
Comtech AeroAstro has been providing space components and microsatellites to our customers since 1988. Prior to 2001, the focus was on technology development efforts with universities and government laboratories. We also participated in multiple Small Business Innovative Research (SBIR) contracts. These early efforts established Comtech AeroAstro as thought-leaders in the rapid and responsive microsatellite market. 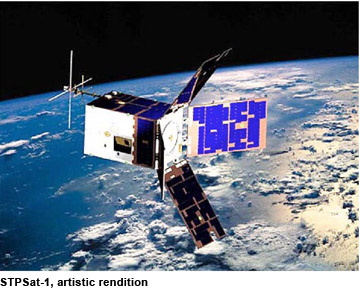 Our first spacecraft was launched in 1993. ALEXIS was built for the Los Alamos National Laboratory (LANL). The mission life requirement was specified as six months, ALEXIS operated for over 12 years reporting science data to the customer. Similar successes followed with several more microsatellite launches. Between 2001 and 2007, Comtech AeroAstro focused primarily on Department of Defense (DoD) and National Administration of Space and Aeronautics (NASA) space program efforts.

From 2007 through present day the Company has expanded its products and services to include Miniature Star Trackers, Coarse and Medium Sun Sensors, S-band Radios, Imagers and high-performance microsatellites in the <500 Kg regime. Comtech AeroAstro is currently building the Joint Milli-Arcsecond Pathfinder Survey (JMAPS) spacecraft bus for the Naval Research Laboratory. We are also one of the prime contractors on the Air Force Research Laboratory (AFRL) Advanced Plug-n-Play (APT) program.

SM
What prompted the establishment of the Commercial, Civil, International line of business?

Mr. Kennedy
We have been closely following the DoD and Intelligence Community (IC) funding profiles and believe these will remain flat and could potentially decline (in real-dollars) over the next few years due to pressures related to reducing the U.S. national debt. This, along with relatively strong growth forecasts in commercial constellations and space services, and recent reform efforts on international trade and export control, led Comtech AeroAstro to establish the new CCI line of business. With the potential transfer of ComSat technologies and components jurisdiction from Category XV of the United States Munitions List (USML) in the International Traffic in Arms Regulations (ITAR) to the Department of Commerce’s Commerce Control List (CCL), Comtech AeroAstro sees increased growth opportunities in non-U.S. component and satellite sales. 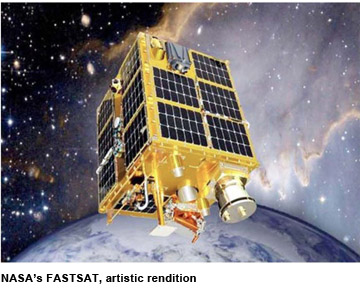 It is interesting to note that with the austere projections within the DoD/IC budgets, Comtech AeroAstro continues to anticipate stronger demand for smaller, more capable spacecraft to augment and potentially replenish or reconstitute traditional large national systems. Based on the recently released U.S. National Security Space Strategy there is a “potential for strategic partnerships with commercial firms to both stabilize costs and improve the resilience of space architectures upon which we rely.” Comtech AeroAstro will actively pursue Defense and Commercial, Civil, International programs for the foreseeable future.

SM
What is Comtech AeroAstro working on now?

Mr. Kennedy
In addition to the JMAPS and the APT programs, Comtech AeroAstro is executing a number of advanced technology development efforts. One of these efforts is the Payload Alert Communications System (PACS) which is intended to be a beacon for Space Traffic Control. As Low-Earth orbit becomes more congested, contested, and competitive, Comtech AeroAstro believes there will be a need for an equivalent system to the Air Traffic Control system for space assets.

We are continuing to offer our cost-effective components and technologies to customers worldwide. In November 2010, we flew multiple sensors on the Space Test Program (STP)-S26 mission launched from Kodiak, Alaska. Manifested on that flight were the STP Standard Interface Vehicle (STPSat-2) and the NASA FASTSAT spacecraft. Comtech AeroAstro built the STPSat-2 bus and delivered it to the Prime for this mission. Comtech AeroAstro provided a Miniature Star Tracker, Medium Sun Sensors, and a Miniature Imager for the NASA FASTSAT vehicle. Lessons learned from these missions are being incorporated into Pre-Planned Product Improvements.

Comtech AeroAstro has received numerous requests to support future missions with these flight proven components. Our S-band Transceiver is integrated on the NEOSSat spacecraft that will be launched in 2012. Comtech AeroAstro is also pursuing a number of proprietary Internal Research and Development (IRAD) efforts that we believe will fundamentally change the way we operate in and through space.

SM
Do you have any additional thoughts or comments that you would like to share with our readers? 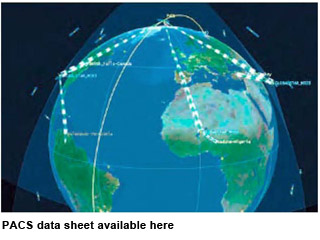 Mr. Kennedy
Yes, I would like to spend a little time discussing Aerospace workforce development and Science, Technology, Engineering, and Mathematics (STEM) outreach. The current Aerospace workforce is rapidly approaching retirement age. This, coupled with a declining number of new start programs, has dissuaded U.S. students from pursuing Aerospace technology focused degrees. I believe the U.S. needs to stimulate STEM outreach programs and focused training curricula, that will develop tomorrow’s engineers and support continued innovation. I also believe that the U.S. needs to recognize the overwhelming number of foreign students in our advanced engineering degree programs and allow industry to hire and employ these individuals. The current process for obtaining permanent residency and eventual citizenship should be reviewed and streamlined to avoid losing this technical expertise.

In closing, I appreciate the opportunity to showcase Comtech AeroAstro, and in particular the new Commercial, Civil, International line of business. I am excited to be a part of the Space industry as we continue to design and develop new systems and capabilities. I look forward to continued collaboration with our customers, teammates, suppliers, and stakeholders both now and in the future.