Word is on the street, and DPs and customers have been notified. A new, second round of Inmarsat price increases arrived on March 1st (in addition to the increases imposed by the Company last May) and they are expected to hit low volume users especially hard, providing new opportunities for competitive technologies and vendors. 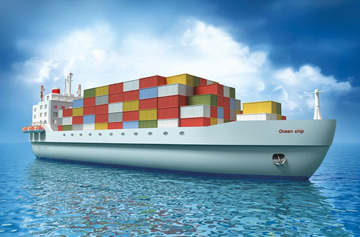 Here Come The Competitors
Inmarsat’s dual price hikes on low volume users are eroding its position among a major component of what has been a loyal user base—the less than 200 MB per month users—and competitors are moving to take advantage of this move.

Expect Iridium, with its upcoming Next platform (launching in 2015), to compete vigorously in this niche, assuming the new service is priced correctly. With its 1.5 Megabit capacity, low cost OpenPort type antenna and global coverage, Next could become a significant force in the market as a replacement for primary Fleet Broadband (FB) as a low-volume solution and as a back up for Ku-band VSAT.

Another competitor, KVH, has experienced success whittling away at Inmarsat in its low volume market with the low cost V3 service that offers 1MB plans at a fraction of the FB cost. KVH has competed especially well in this niche against FB by offering an innovative Spread Spectrum Platform combined with “plug-and-play,” and small, low cost antennas combined with aggressive pricing. KVH’s new V11 service offers a unique combination of Ku- that is backed up with C-band, an offering that combines high bandwidth, rain resistant C-band with Ku-band.

At the high end of its market, Inmarsat’s Ka-band, Global Xpress service faces competition from other vendors with competitive Ku- based technologies. Major VSAT vendors such as Marlink, Orange, MTN, Harris Caprock and others continue to offer Ku-band with L-band backup.

Another competitive service to be reckoned with is Intelsat’s soon-to-be-launched Epic service, with its inherently more efficient combination of spot and wide-beam service and its ability to offer Ku-, C- and Ka-band. Epic is recognized by the major Maritime re-sellers as an attractive competitor to Global Xpress, in terms of capacity and resistance to rain fade. 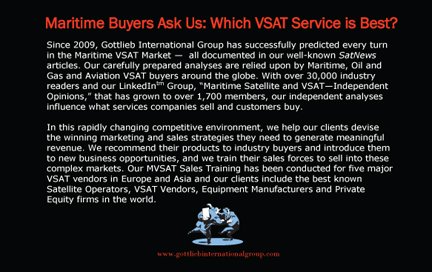 By combining the efficient use of wide Ku- beams with the high power of dedicated, high power spot beams, the service will achieve a higher utilization rate that would allow it to offer lower per/bit pricing. Additionally, Intelsat’s spot beams will offer 160MB capacity per/spot beam vs. Inmarsat’s 42MB capacity per/spot beam. This combination of high efficiency and the ability to deliver very high capacity where its really needed along the Great Circle Routes has led to its adoption by such respected Maritime VSAT vendors as Astrium, MTN, Harris Caprock, Panasonic Aviation and others. In addition to these competitive challenges, Inmarsat will also have to contend with competition from competing regional Ka-band satellite constellations, as well.

For example, Eutelsat’s KA-SAT is expected to provide extremely low cost, high bandwidth coverage over Europe. EPAK of Germany will introduce a 90cm Ka-band maritime antenna in April that will be integrated to operate on the network’s Tooway service.

Other antenna manufacturers are expected to introduce real-time switchable antennas that will accommodate both Ka- and Ku- frequencies allowing ships to communicate at low cost while in European waters, with the ability to switch seamlessly to Ku- for global voyages. Telenor, as well, will shortly introduce its own maritime focused Ka-band service over Northern Europe.

All of this means a dizzying array of choices will be available to vessel operators and a genuine competitive environment can be expected to emerge.

Of course, in the end, customers will ultimately determine which service is preferred service. What is certain is that two price hikes to the low-volume users within nine months—instituted contrary to Inmarsat’s Maritime president Frank Coles statement that the May price hike of last year would be the last for the near term—have caused considerable unhappiness among what has been Inmarsat’s loyal customer base and opened the door wider to competitors.

The Customer Impact—An Analysis
Essentially, the price hike consists of Inmarsat imposing a 10 percent increase in out of “Package,” low volume, Fleet Broadband IP. However, greater increases with some re-sellers have been reported, with increases posted up to 18 percent (i.e., Satcom Global and Otesat-Maritel). “Money Bundles” (a unique offer where customers could substitute unused IP for voice) have also recently been eliminated forcing customers to buy a separate voice plan.

In particular, Bulk Carriers and vessels using more than 20 to 30 Megabytes and less than 200 MB per/month will feel the effects more so than others. While Inmarsat pricing is notoriously difficult to decipher due to frequent changes and differential pricing by distribution partners (DPs), based on the best available information—from written notification received by DPs—and information from shipping companies who have received the confirming notices of the price increase, we have examined the impact of the price changes and their impact on the shipping community and on Inmarsat. (As always, we would welcome any clarifications from Inmarsat). Currently, the minimum “Standard Plan” IP Plan includes 10MBs and costs approximately $150 retail and is sold at about $135 discounted price, depending on the reseller. At the current discounted level, the 50MB user is most likely paying 40 X $10.00 + $135 or around $535. Under the “New” pricing, this increases to approximately $675. 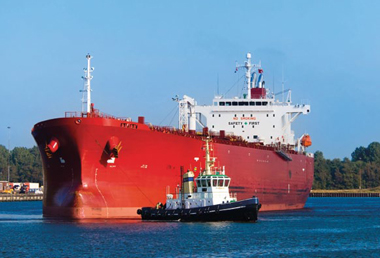 Under this very likely scenario, the net increase is approximately $265 per/month (from $535 to $800 for the 200 MB Plan) or $3,180 per/vessel, or about 50 percent more on an annual basis. This brings the net increase—including last May’s price hike—to approximately 65 percent. For an operator sailing 50 ships, that’s $159,000 per/year more with the March 1st increase, and that’s in addition to having to purchase the separate voice plan!

Also, recall that this price increase is on top of the increase imposed only nine months ago. Keep in mind that the model could differ, depending on individual re-seller pricing. However, based on information from several reliable sources, we believe these calculations to be accurate.

In addition, at this time it is also uncertain if “packages” at the 20 to 50MB level will continue to exist. These packages were originally instituted by some of the DPs, not Inmarsat. Their continued existence would be at the discretion of the individual partners. If they do continue to be offered, they will almost certainly rise in price along with Inmarsat prices.

Also, if users who purchase the 200 Megabyte Plan don’t use it all, there is no “roll over.” Unused MBs will be automatically reclaimed by Inmarsat and can be sold to someone else (at 99 City Road, they call this “Breakage”). If, on the other hand, the purchaser of a 200MB package uses more, they have to pay $6.00 for each additional MB (at present rates).

What is clear is that, although Inmarsat has made reasonable price concessions to high volume users under the VLA plans due to pressure from VSAT, low end users and, in particular Bulk Carriers, are suffering the brunt of extreme price escalation. Given the fact that the current average retail revenue, per user, is estimated to be around $800, the price hike affects a large percentage of Inmarsat’s customer base.

In defense of the price hikes, Inmarsat’s Frank Coles contends that communications’ cost are but a fraction of the expense of a ship’s operation, and that the 200 Megabyte bundle offers a lower fee per/MB.

While it is true that communication costs are a relatively small part of vessel operational costs, Bulk Carrier and Container Vessels are currently in difficult economic straits. Many are operating at significantly below break even cost—imposing significant price hikes on FB at this time will be especially burdensome and destructive of the supplier/customer relationship. This is especially true as Inmarsat, unlike its customers, is quite profitable with the price increase they imposed last May. Of course, Inmarsat defends its increases by noting that customers who purchase larger quantities get a “lower cost per/bit.”

However, Ship Owners contend that a 200MB package is not a bargain if you don’t need 200 MB and don’t have the budget to pay for it. Traditionally, most ship owners have worked on fixed communications budgets and, as prices rose, they minimized their usage to accommodate the price rise—witness the vast number of software applications in use to manage volume. The volume price discount has not worked, a fact that has been recognized in the past by Inmarsat—odd that they would try to resurrect this argument. At this point, one would question the logic behind the “back-to-back” price hikes on low volume users. If we look closely, however, we can see that what they have done is extremely clever and enormously beneficial to their own financial and competitive position.

About the author
Mr. Gottlieb is Managing Director of Gottlieb International Group Inc. Established in 2001; his firm specializes in the application of VSAT Technology in Maritime and Oil and Gas Markets. Gottlieb International’s mission is to provide vendors with the “hands on” information and contacts they need to structure product and service offerings and to assist Maritime VSAT buyers in choosing the appropriate service and vendor. The firm also supports Satellite related Private Equity Merger and Acquisition activities in the Maritime, Oil And Gas and Mobility sectors. Clients have included Iridium, Intelsat, KVH Industries, Globecomm Systems, Inmarsat, RigNet, Verestar, Parallel Software, THISS Technologies, (Singapore), Sonic Telecom, and Private Equity Firms Permira Advisors, Apax and Midwood Capital.

Mr. Gottlieb’s career encompasses an unusual diversity of Market Research, Sales and Technical background in many segments of the wireless industry including VSAT, Cellular and Mobile Commerce. He has served as Vice President of Sales for Audiovox Communications, Director of Sales for Southeast Asia for COMSAT and Aether Systems, and Corporate Market Research Manager for a Division of Baker International (now Baker-Hughes). He has published numerous articles in SatNews, Digital Ship, and Satellite Market Research and has recently authored Buying Maritime VSAT, The First Independent Guide, a work that debunks the myths associated with buying Maritime VSAT. Mr. Gottlieb is a frequent speaker at Digital Ship, Offshore Communications, The Pacific Telecommunications Conference, Nor Ship, the Washington Satellite Exhibition, and other industry events. 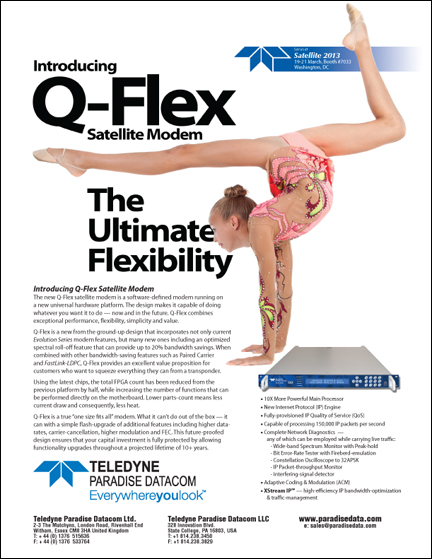