In 1977, NASA launched a robot spacecraft called Voyager 1 into space. The spacecraft’s mission was to fly by Jupiter and Saturn to deliver the first close-up views of these gas giants. Five years later, NASA declared the mission a success. 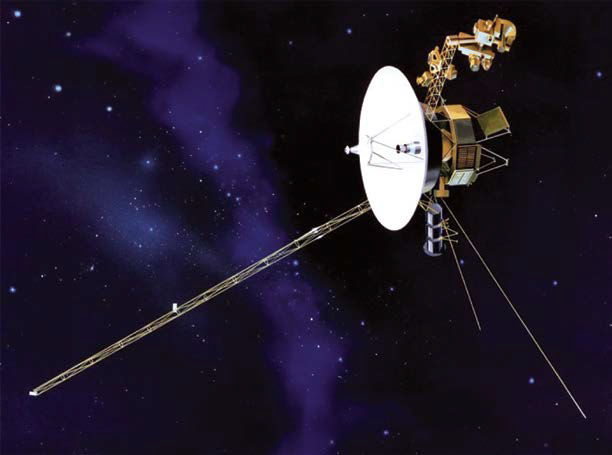 Artistic rendition of the Voyager 1 spacecraft.

However, some 40 years later, Voyager 1 was still going strong, becoming the first object made by human hands to reach interstellar space.

Voyager was also just about to lose contact with Earth. To maintain that link, Voyager needed to fire thrusters that would turn it toward Earth, billions of kilometers away. But those thrusters hadn’t been fired for 37 years. Would they work? Would Voyager even be able to hear the command to fire them?

Engineers at NASA’s Jet Propulsion Laboratory studied the problem and then, on a November morning, sent their command.

Thirty-nine hours passed. And then came the return signal — the thrusters had done their job and Voyager was back on line. 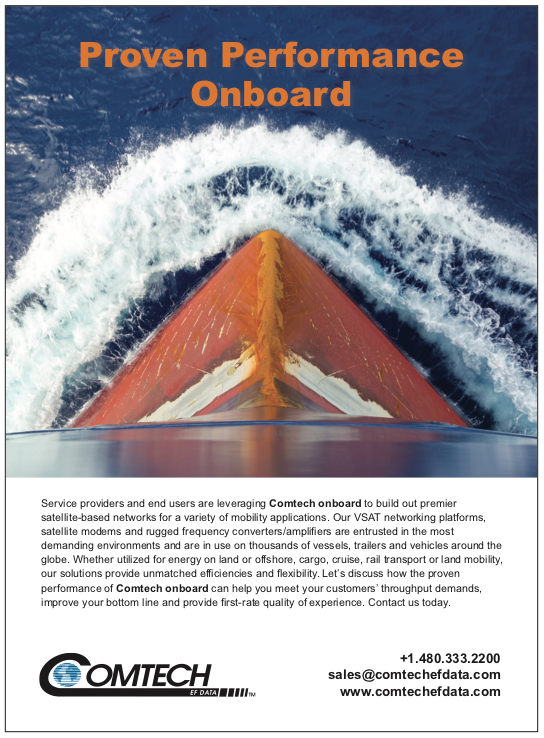 Built in the Sixties by NASA, the Deep Space Network is a collection of giant radio antennas in California, Spain and Australia, all connected to JPL in California.

When the first human set foot on the Moon in 1969, it was the Deep Space Network that brought his words to Earth.

How is it possible to make a call millions or billions of miles across space?

When a Voyager signal reaches Earth, it is billions of times weaker than the battery in your digital watch. But the network receives it, amplifies it and makes sense of it. And when the antennas transmit, they do so with massive power.

NASA runs deep space missions every day of the year. They measure temperatures on the Moon, peer inside Jupiter, study comets and search for black holes.

The Deep Space Network keeps them communicating with Earth. A company called Peraton delivers the communication that keeps the scientific data flowing.

Peraton provides technology solutions and support to America’s civil and defense space missions. More than 300 of its people operate, maintain and repair the network’s antennas and electronics.

They play an integral role in mission planning, from pre-launch to on-orbit, and make sure every component is working.

When commanding a billion-dollar, one-of-a-kind machine millions of miles away, failure is not an option.

Avoiding Collisions Far from Home
A NASA satellite named MAVEN (mars.nasa.gov/maven/) has been in orbit around Mars, studying its atmosphere since 2015.

This satellite’s orbit swings down close to the planet and then back into space again. Along the way, MAVEN crosses the orbits of Mars’ two moons, Phobos and Deimos.

In 2017, JPL realized there was a good chance that MAVEN and Phobos would cross paths at the same time — smashing the spacecraft
into dust. 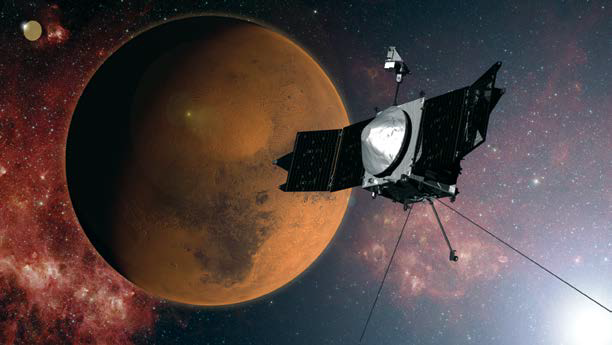 Artistic rendition of the MAVEN spacecraft.
Image is courtesy of NASA.

One week before that predicted crash, the Deep Space Network went into action. Commands went to MAVEN to burn its rocket motor and boost its speed.

By the time the data finished whizzing across the Deep Space Network, JPL engineers knew their spacecraft would pass by Phobos with just about two minutes to spare.

Just another day of mastering the complexities of space and time.

The last time human beings flew beyond Earth’s orbit was in 1972. Every day, hundreds of people at Peraton help thousands to bring the wonders of space to Earth, expanding the knowledge of the galaxy’s past and delivering a window into the future.
www.sspi.org

View the video that relates to this story at www.youtube.com/watch?time_continue=4&v=Y1oPzhriacE

More stories and videos of how satellites make a better world at www.bettersatelliteworld.com.