The past few years have proved challenging for many companies across diverse industries and regions around the world. Despite tough economic times, the global satellite market continued growing. According to the Satellite Industry Association (SIA) data the satellite market has experienced an average annual growth of 11.2 percent from 2005-2010. The growing demand for satellite capacity is driven by many factors, some of which include the need for faster speeds and larger bandwidths, Internet across developing and geographically challenged countries, real-time communications anywhere-anytime and remote communications for military and government. Robert Bell has more than 20 years experience in the telecommunications industry and is currently Executive Director of the World Teleport Association (WTA). Robert spoke at NewSat’s Satellite Seminar held at its South Australian Teleport in late 2011 and provided some in-depth insights into the global satellite industry, presenting four predictions for the future of satellite communications. Mr. Bell believes that satellite communications is a growing global market that offers many opportunities and niches. This is a result of an ever increasing demand for high-quality bandwidth communications via satellite across a wide range of industries. 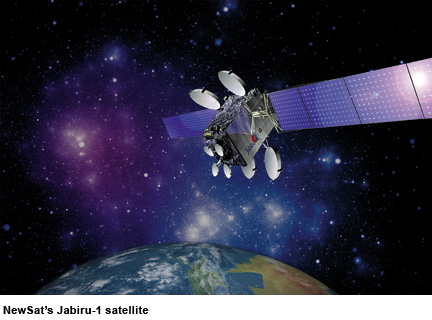 According to Mr. Bell, the unique value of satellite technology is evident: “It has the best economics of any possible form of communication in terms of one-to-many communications, and provides the best means of establishing connections with remote areas. The latter, is an important requirement of governments, military organisations and enterprises such as mining and resources.”

The WTA has been dedicated to helping the operators of teleports maintain and expand their businesses for over 25 years and Mr. Bell has witnessed many satellite companies grow at an astounding pace. “The satellite industry is a very significant niche and definitely a growth business. It’s a business that has been doing nicely through some pretty turbulent times. This is because satellites are becoming more and more vital to many different industries,” he said. Mr. Bell projected four distinct forecasts for the satellite industry: There will be a rising rate of commercial military integration in satellite services; There will be an increase in media and telecommunications, especially media on demand, something that is highly reliant on technology and high-speed Internet delivered via satellite; All of this will lead to a rise in demand for Ka-band, the latest satellite frequency which allows more information to be sent at any one given time; and the compression of information, which is all about getting more through the satellite circuit, will ultimately have no boundaries.

Mr. Bell predicts an increase in the use of satellites in commercial military. He believes that although defence forces heavily rely on satellites and receive good value out of them, they have not yet tapped the full potential of what the technology can offer. “I forecast that we are going to see the military become much smarter buyers of satellite technology because they will be forced to, because the capacity of this technology is literally limitless as far as we can tell. The modern military have realized that there are amazing advantages that satellite technology can provide them with; whether it’s for gathering information, surveillance and intelligence from the field, or for the projection of force from remote locations.

Technology is also changing the dynamic in the way people communicate, live and work. At a time when fast communications and Internet are expected to be available anywhere, anytime, satellites can accommodate. TV, for example, is undergoing an amazing revolution. People want to watch TV and catch up with shows when it suits them. “For the satellite providers, this is a booming market. Satellites can send content anywhere, anytime, in any format, and the members of WTA are really excited about this. They are investing huge sums of money in the systems that make TV-on-the-go quickand easy. The ability to use these commercial capabilities is going to be an important development in this area,” explained Bell.

Furthermore, he asserted that the new generation of Ka-band satellites will be in high demand in the future. “Ka-band technology offers higher frequency and allows more data to travel through at any one particular point. There are currently around $5 billion of Ka-band assets going into space starting in 2007 through to 2014, without counting NewSat’s own Jabiru-1 satellite, which is set to launch in 2014,” he said.

Future demand for this type of satellite will be highly driven by the sheer capacity of this new technology. According to Mr. Bell, so far, the Ka-band satellites being launched have more bandwidth capacity than the entire orbital arch today. “While Ka-band technology offers an unbelievable bonanza of bandwidth to customers. This is because it opens up the future possibility of hybrid services, of combining Ka- and Ku-bands for additional bandwidth, while maintaining reliability that satellite is famous for.”

Moreover, Mr. Bell predicted that the compression of information sent via satellite will have no boundaries. Although one may believe that we have hit the limit in terms of how much information can be compressed and sent through satellite, and that the amount is limited to a certain number of megahertz, satellite technology will keep taking leaps towards higher modulation.

“More and more information will be able to travel through at astounding speeds in the future. Ultimately, due to managed services, a practical limit to how many bits one can cram through those hertz will cease to exist, because we are going to have hybrid services delivering so much more bandwidth, and yet maintaining reliability.

“We are already seeing smarter, much tighter integration with government and military getting ever higher value out of this business, so I think the future of satellites is exciting and full of opportunities. This is something we can be very optimistic about,” concluded Mr. Bell. 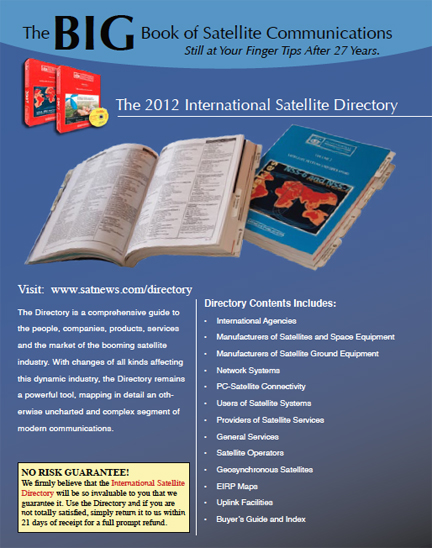