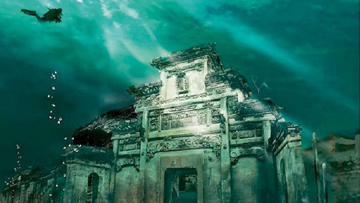 Deep underneath the QianDao Lake in Zhejiang province of China rests the thousand-year-old ‘Lion City’. This ancient site was submerged half a century ago to build a reservoir that later became a hydropower station.

On April 27, 2012, China Central Television (CCTV), China’s national TV station, launched a live broadcast of the exploration of the underwater city, filmed by divers at a depth of 90 feet. By leveraging Gilat’s satellite-on-the-move (SOTM) antenna and power amplifier, CCTV was able to transmit live coverage of the exploration from a boat in high definition. The broadcast extended over a period of five days and was viewed by approximately 200 million viewers.

A Substantial Challenge
China Central TV’s cameramen had to dive to the bottom of the lake to film the ancient city. The crew also used remote control robot cameras for some of the filming. The video from the divers and robots, in addition to interviews with the exploration teams, was processed from a small boat on the lake itself. 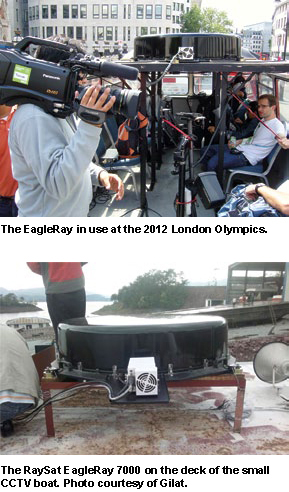 The processed high-definition (HD) video needed to be backhauled to Beijing at a data rate of 8Mbps for the live broadcast—the lack of suitable terrestrial infrastructure meant that they could only rely on digital satellite news gathering (DSNG) technologies to further their broadcast. The challenge was to find a system capable of transmitting at a high bit rate over a satellite link while in constant motion.

The system would also need to be small enough to fit in the limited space available on the small boat’s deck. This would call for a compact, lightweight and powerful broadband satellite communications system that could remain continuously locked onto the satellite while the boat is rocking and moving.

The Compact Solution
The solution arrived in the form on an integrated on-the-move satellite broadband system provided by Gilat Satellite Networks. The system included a RaySat EagleRay 7000 satellite antenna system and a Wavestream 40W Ku-band BUC.

The RaySat EagleRay 7000 is one of Gilat’s high performance satellite antennas designed for two-way communications from a moving vehicle. The EagleRay 7000 antenna was the perfect solution for CCTV as it has the necessary key features that include... 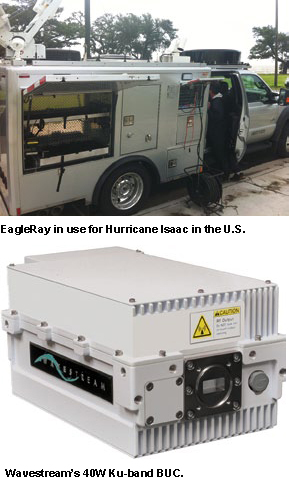 Gilat’s Wavestream BUCs use unique innovative technology. The Wavestream 40W BUC’s light weight and low power draw made it possible to deploy onboard the small boat, and its high power output enabled the antenna to transmit at the high bit rate of 8Mbps required for the high definition video stream.

Thanks to Gilat’s on-the-move DSNG solution, CCTV successfully broadcast the exciting footage of the exploration of the submerged city.

A Moving Tale
DSNG is not just about being at the right place at the right time—it is also about being able to broadcast immediately and to follow a story as it moves. For DSNG, the importance of a reliable, on-the-move solution is paramount.

Gilat’s solutions for DSNG that have been used to broadcast live from significant events include the landfall of hurricane Isaac off the southern coast of the United States, the 2012 Olympic Games in London, as well as other key events such as the of inaugural visit to Mexico of Pope Benedict the XVI, and the U.S. presidential campaign locales.

Gilat’s on-the-move DSNG solution is optimized to enable broadcast of continuous live video while in motion. Improving ability and agility, Gilat’s DSNG solutions enable news teams to:
• Reach extreme locations unavailable to others
• Be the first (or only team) to reach and broadcast from hard-to-reach locations
• Film and broadcast while on the move
• Land in a new international location and install the equipment on a rented vehicle
• Park at an event without needing pre-arranged or special parking

About the author
David Leichner is Vice President at Gilat Satellite Networks responsible for marketing and business development. Mr. Leichner has over 20 years of technical, marketing and management experience in the areas of space and defense, communications and enterprise solutions. 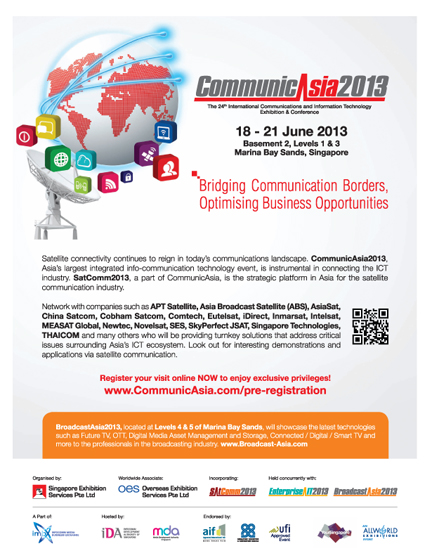