Hailed as a game changer in some quarters for the way we interact with stories and brands, Transmedia is gaining prominence as a concept and technique for producers to engage with consumers across multiple connected devices. It is a logical extension of ideas such as cross platform and 360-degree production but its roots lie decades back, albeit in other guises. Stories were extended onto different platforms for ‘Star Wars’ where it was mostly seen as a marketing and merchandise exercise. Now the web allows the audience to immediately feedback their thoughts to writers and producers — the audience becomes a participant in the story’s creation. 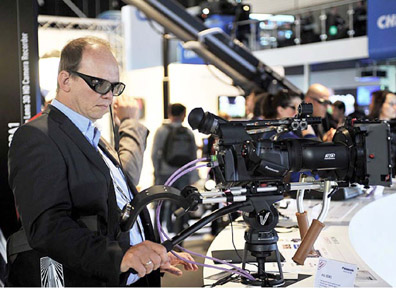 The term itself was first floated in the early 1990s to represent the idea that narrative can flow from one media platform to the next and resurrected in 2006 by MIT professor Henry Jenkins whose work Convergence Culture lent the movement a conceptual template.

In April of last year, the credit Transmedia Producer was officially ratified by the Producer’s Guild of America, as the person “responsible for shepherding narrative content across at least three different media platforms.”

For its exponents, transmedia is not simply about porting the same content across multiple media but doing so in such a way that each platform contributes a new and unique aspect to the story. Transmedia storytelling can be envisaged as a giant jigsaw, where the pieces exist across platforms and as the user consumes these isolated story chunks, they combine to create a bigger story.

Speaking at an IBC conference session on the use of social media, Tom McDonnell, founder of cross platform content specialist Monterosa, explained, “Large studios and broadcasters, as well as indie producers, can tell various parts of the same story using distinct media, exploiting the qualities unique to each platform. When you watch a TV show, you might follow a sub-plot that spills on to the web, then read the dénouement in a graphic novel.”

Lost, Heroes and Skins, are examples of linear TV programs conceived with a complementary online narrative that feeds characters and subplots back into the TV show. Characters may be given Facebook pages so that, between episodes, fans can keep up to date with them via video blogs and status reports. A transmedia approach gives the story depth and keeps it alive long after the basic TV content has aired. Rather than producing a TV show which is aired once and then forgotten about, transmedia permits the creation of persistent storyworlds which extend the life of the product.

Other classic examples come from feature film (Head Trauma) and gaming (Electronic Arts’ Dead Space). The Spanish version of Endemol’s Big Brother has its own 24 hour program, clothing brand, online games, websites, and social network communities to generate much more of a story than the straightforward audiovisual product. The multiplicity of net-enabled devices and near instantaneous broadband connections have certainly helped evolve cross-platform projects into transmedia ones but smartphone growth has arguably been the biggest catalyst for its take-off.

As people carry mobiles with them everywhere, the phone — especially those with GPS functionality — may be used to weave in all manner of locations, objects or events into a narrative blurring the line between reality and fiction. 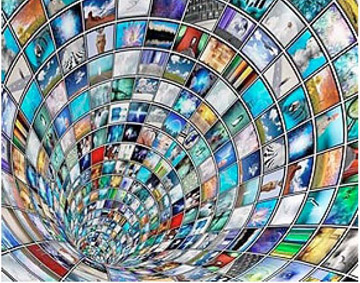 “The crux to getting transmedia right lies in the interface between technology and narrative,” advises McDonnell.

It’s no coincidence that Nokia has made the biggest impact so far in this space having sponsored a number of projects and even created one of its own (Conspiracy for Good). Brands can, of course, be co-opted to fund transmedia projects in the first place. Indeed, what may define its potential is whether transmedia can generate new revenue streams for broadcasters to invest in content. The attraction of transmedia to brands is that it encourages participation and chance to shift from intrusive display advertising into genuinely compelling experiences. It could all of course be a passing fad but to others it’s transmedia represents a paradigm shift in content production. They argue that, if done properly, it speaks to a generation of people who are already moving rapidly and instinctually from one platform to the next. The problem right now is that most of their content is not moving at the same pace with them.

IBC 2011 is definitely the major trade show event located in Europe where transmedia will be demonstrated, discussed, and analyzed. The incorporation of various technologies to feed content via various pipelines and channels for transmedia creation, production and delivery will all be found on the show floor and in the special sessions.

The first IBC was held in 1967, in the Royal Lancaster Hotel in London. There were just 32 exhibitors and 500 conference delegates, and, of course, broadcasting was a very different business.

In the 1960s, broadcasting was very much an analog world, where the introduction of color television was still a new innovation. What would have been the reaction of the delegates to that first IBC to be told that, 40 years later, they would have a computer on their desk and that it would be capable of editing high definition (HD) video. And that they would carry a telephone in their pocket wherever they went in the world — which would also be an HD video camera?

IBC lasted just one year in the Royal Lancaster Hotel before needing more space. It went to the Grosvenor House hotel on London’s Park Lane for a period, with a venture to the Wembley Conference Centre, before heading south to Brighton. At first, the Grand Hotel in Brighton could accommodate it, but rapid growth meant that it ended up filling the Metropole Hotel and the Conference Centre as well — and one memorable year there was a pavilion on the beach, too!

However, by 1990, the lack of exhibition and meeting space — and a chronic shortage of hotel rooms — had reached crisis point. Under the inspired and visionary leadership of John Wilson, IBC embarked on a program of dramatic change.

The first IBC came about because a group of manufacturers wanted to organize an exhibition. From 1968, it was managed by the Institution of Electrical Engineers (IEE) — now the IET, following the merger between IEE and IIE in 2006 — with advice from the RTS, as an event (now a conference as well as an exhibition) run by the industry for the industry.

Under Wilson’s guidance, IBC became an independent body, owned by six partner bodies: IABM, IEEE, IET, RTS, SCTE and SMPTE, with a full-time professional staff. The strong association with these leading trade bodies, and the committee structures for exhibition and conference, ensured that the event was still run by the industry for the industry, but the dedicated staff meant that the organisation could be much more flexible and responsive.

IBC also moved from the U.K. to the Netherlands. After very careful research into venues capable of meeting the very specific demands of IBC, the Amsterdam RAI was selected, hosting its first IBC in July 1992 (the normal September dates not being available that year). From 1994, IBC became an annual event, and it has remained in Amsterdam ever since.

Today, IBC’s management is continually looking at ways to develop the event to meet the rapidly changing needs of the industry. It has extended its reach, for example, becoming one of the most influential events in digital cinema worldwide, thanks to its ability to demonstrate to the very highest standards as well as host top-level debates. It has also extended its reach into other digital communications media, like mobile television and digital signage, such as the Connected World.

IBC remains the leading event on the global stage for everyone involved in content creation, management and delivery. By remaining close to its industry roots, it continues to deliver a conference and exhibition which are comprehensive, stimulating and relevant to the real needs of its visitors.

To participate in this stellar event, proceed to the IBC 2011 registration page at http://www.ibc.org/page.cfm/link=399 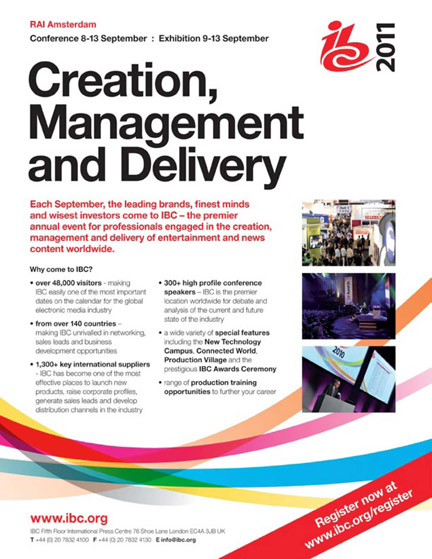