Ultra High Definition (UltraHD) is a breakthrough in video technology and for the broadcast industry and the technology delivers more than four times the resolution of Full HD TV with more vibrant colors and higher frame rates, providing much better viewing quality especially in sporting events and action movies than has been previously possible. 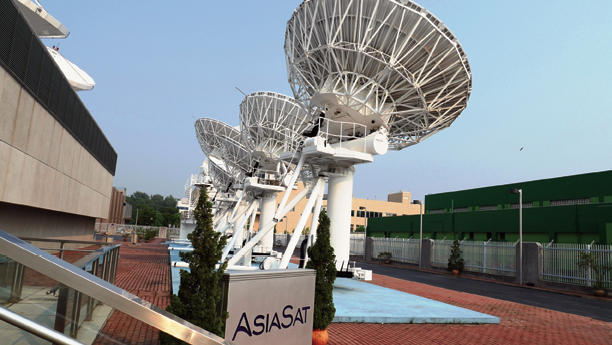 Delivering UltraHD via satellite has become a hot topic in the community of broadcasters and industry partners. Table 1 on the following page shows the comparison between Full HD and UltraHD.

Is Satellite-Delivered UltraHD Feasible?
Enormous data bandwidth (over 10 Gbps for uncompressed material) is required to deliver UltraHD video. The transmission of UltraHD video via any traditional delivery infrastructures, such as satellite links, over-the-air, cable channels and Blu-ray discs, is a challenging task.

An indoor transmission of UltraHD through a simulated satellite link was performed by NHK in May 20071. An UltraHD TV signal (7680 x 4320 at 60 fps) was compressed into a 250Mbps MPEG-2 stream and transmitted through a 300 MHz carrier using a wideband modulator in 21GHz. Although the transmission distance was only two meters, it was the first demonstration on the technical feasibility of delivering UltraHD TV signal through a satellite transmission model. Figure 1 on the following page shows the experiment setup. 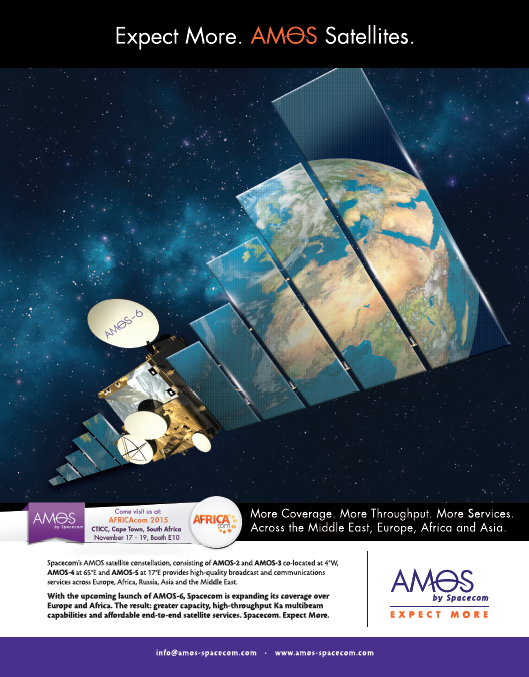 With evolutions in compression standard, UltraHD and RF equipment, an UltraHD channel (3840 x 2160) was first broadcasted on satellite in 2013. The video was split into four sections and compressed individually. MPEG-4 compression standard was used in such UltraHD transmission, with a data rate of around 80-100 Mbps and four HD professional IRDs were required at the receiving end (See Figure 2).

An HD to UHD combiner was needed to reconstruct the UltraHD video. Subsequently, this approach was used in many experimental or trial UltraHD transmissions but not commercialized due to its high cost and inefficient use of equipment rack space. The cost barrier was lowered with the launch of High Efficiency Video Coding (HEVC) video compression solution which can fully support the UltraHD resolution instead of combining four MPEG-4 encoded HD videos.

High Efficiency Video Coding (HEVC), the latest generation video compression standard, debuted in 2013. Compared to H.264/MPEG-4 AVC, HEVC at least doubles the compression efficiency while maintaining the subjective quality of the video. HEVC can also support the higher UltraHD (8K) resolutions, up to 8192×4320.

HEVC is still under development. The latest version was published in early 2015 and supports format range extensions, scalable coding extensions, multi-view extensions2 and 3D-HEVC extensions3. Further screen content coding (SCC) extensions are still in the development stage and are expected to be completed in early 2016. These extensions will improve compression capability for video containing rendered graphics, text, or animation, as well as (or in place of) camera-captured video scenes4.

By using HEVC, the bandwidth requirement of an UltraHD channel can be reduced to around 20 Mbps per channel, a mere quarter bandwidth of employing MPEG-4 in the aforesaid case. With the well developed satellite digital transmission technology DVB-S2, the broadcast of three to four UltraHD channels over a 36 MHz C-band transponder becomes quite feasible. In addition, limited selection of HEVC decoder embedded UltraHD TV and UltraHD set-top-boxes (STBs) are gaining momentum in developed countries. Figure 3 shows the block diagram of a HEVC solution.

Ultra HD HEVC Transcoder, STBs Are Ready In The Market

Many UltraHD file transcoders (support up to 2160p, 60fps) are available in the market but most of them are software based non-real time, off-line encoders. Professional grade servers with tens of processors are required to minimize the prolonged processing time. In addition to off-line transcoder, more and more vendors, e.g., ATEME, Ericsson, Harmonic, NEC, Rohde & Schwarz, and so on, are starting to provide real-time, UltraHD, broadcast solutions.

UltraHD satellite STB is another key element required to realize 4K video distribution through satellites. However, in Europe, a handful of models of UltraHD TV with built-in HEVC full framerate decoder and satellite tuner are available in the consumer market—currently, most commercial HEVC satellite STBs are aiming at the half framerate video.

Until at least 60 fps commercial STB has become more common in the market, the full quality of UltraHD cannot be realized. Fortunately, semiconductor vendors such as Broadcom5 and ViXS6 are starting to offer a range of HEVC products that include entry-level, satellite system-on-a-chip STBs which support 60 fps. The expectation is that the penetration of UltraHD into homes will ramp up when UltraHD STB featuring HEVC and 60 fps becomes affordable to the consumer market. 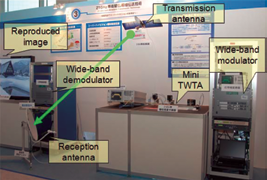 What Is AsiaSat Doing On Ultra HD?
AsiaSat has taken great effort, since 2014, to promote knowledge and awareness of UltraHD in Asia. In January of 2014, AsiaSat cooperated with Hong Kong Cyberport Management Company Limited to demo a live UltraHD broadcast through the AsiaSat 3S satellite.

AsiaSat satellites also supported Ultra HD broadcast of international sporting events; for example, the first-ever live telecast of the 2014 FIFA World Cup matches held on June 28 (Round of 16), July 4 (Quarter-Final) and the Final on July 13, 2014, in Brazil. 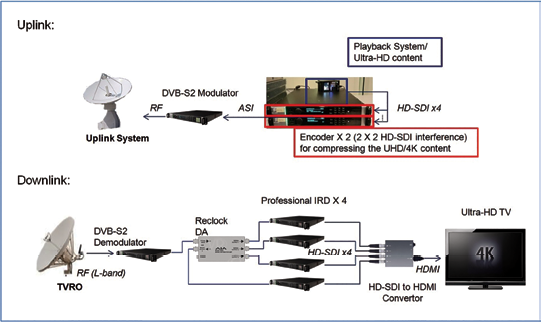 Furthermore, AsiaSat believes an in-depth knowledge on the actual performance of equipment and thorough understanding of different compression technologies will be highly beneficial for our customers to identify the best possible solution and the support they need. With that, AsiaSat established an UltraHD research laboratory in 2014 and joined hands with various partners in promoting and accelerating the reception of UltraHD content in Asia.

The laboratory is tasked to evaluate end-to-end UltraHD solutions that include playout, compression technologies, compatibility of satellite transmission and reception, as well as different types of content through on-air satellite transmissions. A series of tests were successfully conducted using different HEVC encoding equipment, including off-line and real time solutions, in order to determine the optimum configuration and to understand the limitations of the existing systems.

These tests enabled AsiaSat to optimize the data rate required and to understand how to provide the most effective solution for our customers. Furthermore, AsiaSat evaluated the user interfaces of different UltraHD equipment, such as file transcoder, playout, etc., to assess user friendliness of the equipment. AsiaSat will continue to test and evaluate new UltraHD equipment in the AsiaSat research laboratory as they develop and provide update to the market. 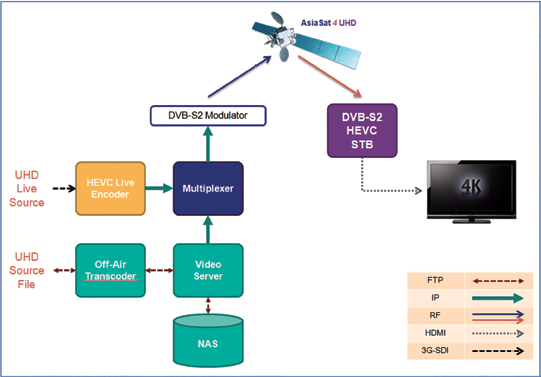 To promote the reception of UltraHD and to allow broadcasters to validate the economic feasibility of satellite-delivered UltraHD broadcasting in Asia, AsiaSat has set up a Free-to-Air UltraHD platform based on DVB-S2 and HEVC solutions on AsiaSat 4 at 122 degrees East with the launch of its first UltraHD channel “4K-SAT” announced on October 22, 2015. The platform can deliver two to five full time UltraHD channels, available for reception by terrestrial TV stations, payTV platforms and home viewers across Asia using C-band antennae as small as 2.4 to 3 meters in size.

AsiaSat welcomes customers and partners to join in this exciting development of UltraHD—please contact our team of industry experts.

Captain Ip is AsiaSat’s Communication Systems Engineer. He received his B.E. Degree and M.Phil. Degree in the Department of Electronic Engineering from the Chinese University of Hong Kong in 2009 and 2011, respectively. Mr. Ip, a member of AsiaSat’s UHD Research Laboratory, is responsible for technical evaluation of different UHD solutions including the compatibility of satellite reception and transmission, playout and compression technologies.