Euroconsult, an international research and analyst firm that specializes in the satellite communications sectors, announced that revenues of mobile satellite service operators grew to more than US$1.2 billion last year, despite the adverse impact of the economic crisis on some of the industry’s key vertical markets. Industry wholesale revenues are expected to continue growing over the next decade, by a rate of 8 percent (10-year CAGR). According to Euroconsult’s just-released report Mobile Satellite Communications Markets Survey, Prospects to 2018, the MSS industry is currently at a crucial point, with growth opportunities ahead. However, a number of operators with high capital requirements face a difficult financing environment.

“Despite the adverse economic environment, MSS operators’ core market — critical mobile communications where terrestrial networks are not available — has been robust,” said Pacôme Revillon, CEO at Euroconsult.“ Needs for better broadband communications and remote control of assets are key growth drivers for the MSS industry going forward,” he continued. Increasing demand in emerging MSS regions such as Asia will also contribute to growth.

MSS operators, however, have not benefited uniformly from this market growth. While Inmarsat has largely reinforced its position as market leader in the industry, with a 51 percent market share in 2008, Iridium was the only MSS operator to significantly increase its market share in the last two years, to around 26 percent.

Financials Continue to Shape MSS Value Chain
A number of operators are on the verge of replacing their aging satellite fleets, and several others are still seeking funds for their future systems. After Globalstar’s success in achieving full funding in 2009 with support from the French export credit agency Coface, Iridium is the next candidate looking to raise money for the estimated US$2.7 billion NEXT constellation.

Growth Opportunities In Data Applications
According to the Euroconsult report, MSS wholesale revenues are expected to reach nearly US$2.5 billion in 2018, a 10-year CAGR of roughly 8 percent. Terminals will perform even better with a 10-year CAGR of 13 percent to nearly 7 million active terminals by 2018, driven by low data rate M2M applications. In the short term, however, growth might slow down in certain vertical markets as a result of the economic environment. Driving this overall growth are data applications, including MSS broadband, rising demand in emerging regions, and growth in key vertical markets such as government/military, oil and gas, and media, as well as the maritime and aeronautical markets.

“We are seeing a major shift in the MSS industry today from a time when legacy voice dominated traffic towards increased data traffic,” said Richard Roithner, Senior Analyst at Euroconsult. “This has led to strong growth in low data rate M2M products and high data rate MSS broadband systems, supporting a number of new end-user applications and services,” he concluded.

MSS broadband (i.e., >128 kbps data rates) has seen strong growth in the last few years and will be one of the major revenue drivers for the MSS industry in the coming decade, with wholesale revenues increasing to over US$800 million in 2018 — a 25 percent 10-year CAGR. First launched for the land-mobile market, with main users being government/military, media, and the oil and gas sectors, MSS broadband is now gaining momentum in the maritime and aeronautical markets with dedicated products for those markets creating ample opportunities for operators, service providers and equipment manufacturers alike .

However, competition from mobile VSAT technology, which provides higher data rates often at fixed monthly prices, is growing, particularly in the maritime markets and to a lesser extent in the aeronautical markets. This is due to rapid technological progress in recent years which allows equipment (and in particular the antenna systems) to be made considerably smaller, lighter and more bandwidth-efficient.

MSS M2M (Machine to Machine) generated close to US$100 million in wholesale revenues for MSS operators in 2008, after a period of significant growth. Underlying much of this growth has been a decrease in hardware and service pricing and increasing use in vertical markets, such as land transport, energy, and utilities, as satellites have become instrumental for data collection and fleet management.

M2M is also gaining importance in the maritime market due to tightening regulatory requirements such as AIS and LRIT. North America has the largest subscriber base for MSS M2M terminals, with around 70 percent of the world market. This positive trend will continue going forward, with the number of active terminals expected to grow at a CAGR of 16 percent between 2008 and 2018 to over 5.4 million.

Aeronautical + Maritime Markets
The aeronautical segment will be the main growth story among user segments for MSS communications in the coming decade. While the aeronautical segment is still in an early phase of development, and only accounts for 7 percent of MSS wholesale revenues in 2008, that figure is expected to nearly double in the next 10 years reaching wholesale revenues of more than US$270 million in 2018. This reflects the emergence of a number of specialized service providers (e.g., OnAir, AeroMobile) and the launch of new MSS products for the segment.

The uptake of in-flight passenger cabin communications services will be a particularly important driver in the decade to come. Despite the positive 10-year outlook for growth, the current economic crisis could lead to a somewhat decelerating growth in the short term, as two of the key markets, business aviation and commercial airlines, have been seriously impacted by the economic crisis.

Maritime is still a major market for MSS with approximately US$400 million in wholesale revenues in 2008. This market is expected to grow at a 10-year CAGR of 7 percent, despite the short-term impact of the economic crisis. While data applications will provide the engine for growth — particularly higher data-rate MSS broadband systems — voice will remain an important application for crew welfare and safety communications. Asia Pacific will be a particularly important region for MSS growth in the maritime markets as distribution channels improve and competition among operators and service providers heats up. 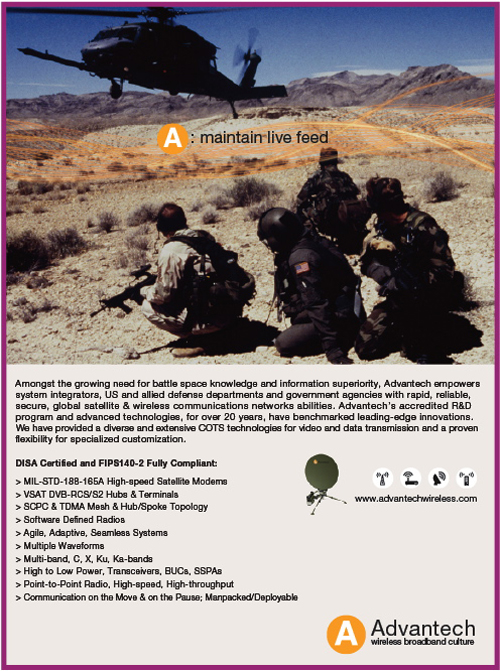 Report Profile
Euroconsult’s Mobile Satellite Communications Markets Survey, Prospects to 2018, is a comprehensive assessment of business opportunities in the MSS sector that is both growing and facing specific challenges. The report provides exclusive 10-year forecasts for terminals and wholesale revenues; a comprehensive analysis of operators and the value chain, review and forecasts for all applications (MSS broadband, M2M, handheld, hybrid networks, mobile VSAT) and trends and forecasts broken down by user segments (maritime, aeronautical, land). The report also provides regional profiles which review the current situation and trends and growth drivers by segment and application in five different regions of the world.

Euroconsult has more than 560 clients in 50 countries, including leaders throughout the satellite value chain: satellite operators and service providers; satellite manufacturers and launch service providers; equipment providers and integrators; space institutions; media and broadcasting companies; and banks and investors.