Only a matter of weeks later, on January 25, 2012, AMOS-5 entered commercial operations with all systems go. Located at the 17 degrees E orbital position, it is a powerful platform offering a pan-African C-band beam alongside three Ku-band regional beams. The satellite’s fixed pan-African C-band beam and three steerable Ku-band beams cover Africa with connectivity to Europe and the Middle East and support multiple transponders in both C-band and Ku-band. Thus AMOS-5 is an attractive source of capacity for a variety of African and African-related businesses, including telcos, cellular operators, teleports, enterprises, broadcasters, governments and others.

Indeed, AMOS-5 represents an important element of the company’s vision as it moves forward to become a multi-regional satellite operator.

Africa is an exciting market for Spacecom for a number of reasons. Already in 2006, our board of directors decided that Africa’s communications market was evolving and growing, making strategic sense for the company to begin working on providing satellite coverage for the continent. We also decided that with the data communications markets growing almost daily, as well as projected growth in the broadcast market, it was worth making this satellite different from our first satellites with more transponders and with the most-required C-band in Africa.

AMOS-5’s 14x72 MHz and 4x36 MHz C-band transponders combined with 18x72 MHz Ku transponders enable it to be a prime carrier of African traffic in the years to come in both broadcast and data services. With a life-span of some 15 years, the satellite is offering customers a wide range of satellite services, including:

One of Spacecom’s major goals for Africa is to make sure that its satellite represents the ideal solution to cater to the needs of this market. With that in mind, one of AMOS-5’s key differentiators is that it is one of the first satellites designed specifically to serve Africa, rather than be moved from one area to another. This decision enabled us to build it from bottom to top so that not only does it have the highest power (EIRP) enabling advanced data and broadcast services, it also was planned from the design phase to provide the optimal coverage over Africa. AMOS-5’s elevation angle and extended power enables a one-hop from anywhere to everywhere else in Africa, with connectivity to Europe and the Middle East. 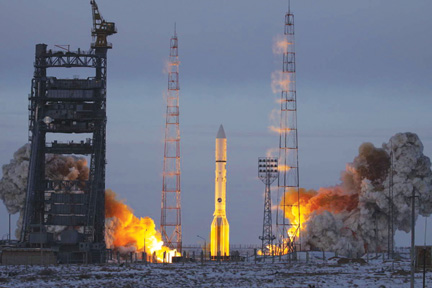 For instance, AMOS-5’s pan-African C-band beam has two peaks—one over Kenya in East Africa with a second placed over West Africa. The C-band covers all of Africa from East to West and from North to South, as well as having easy and strong connections to the Middle East and Europe—as far as Northern Europe. This makes it a powerful and strong solution for a plethora of data and broadcast applications.

With our French Speaking Africa (Ku-1) beam, we cover the Francophone belt of Africa. In the East the beam reaches Madagascar and the Reunion Islands while in the West peak coverage is over the French speaking regions of that area. As well, we designed AMOS-5 Ku-beams to have connectivity throughout Europe and the Middle East. This way, all of our clients on Ku-1 who are based outside of Africa can connect between their centers of operations.

AMOS-5’s Ku-2 beam is focused on Southern Africa. Again, we have provided connections to the Middle East and to Europe to make communications easier between regions. The beam is strong over all of SADC from Democratic Republic of Congo to Namibia, Zimbabwe and over South Africa. As this regions’ economies grow, so will the services offered on AMOS-5. 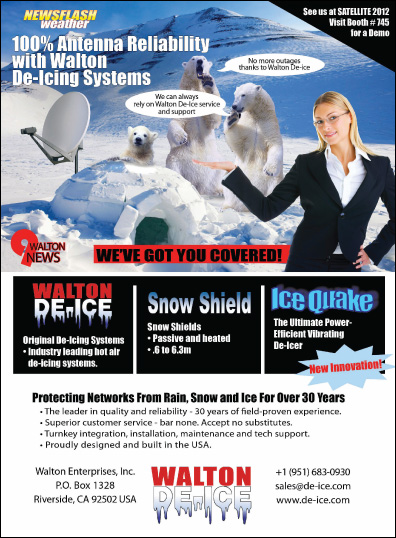 The third Ku beam is Ku-3 or the Central African beam. This beam reaches West Africa, with a beam peak over Nigeria the most populated country in Africa. the coverage includes the maritime areas making it especially attractive in the coastal region where extensive oil and gas production occurs. In East Africa, we have a peak over the economically growing areas of Kenya and bring coverage over the coastal areas from the Tropic of Capricorn (23 S) up through Northern Somalia, as well. Ku-3 covers Ethiopia and Southern Sudan, too. All together, the beam provides power throughout the center of the continent with excellent connectivity to the Middle East and Europe.

One question we are constantly asked is Spacecom’s reaction to the commercial launch of several submarine cables for Africa that are bringing a bandwidth, or backbone, connectivity surge.

We actually believe that more fiber is good for our business in Africa. As fiber expands in Africa, business and consumers will realize that new services, especially with broadband Internet, benefit them and will seek out the best operators. This is especially true regarding Africa’s burgeoning upper-middle class who are using more and more mobile telephony alongside new applications, all the time. This will bring more business to AMOS-5 and the satellite sector. Despite fibers expansion in urban and coastal areas, rural and outlying areas inland as well as large cities sitting far from the coasts, will not find fiber cost-effective. Rather, we posit, they will find that satellite services are economically competitive having both fast time to market and easy deployment. Thus, as customers in these regions want more content, more applications and more services they will turn to telecom and broadcast operators who use satellites.

Viewing Africa’s increasing media and data needs, we are positive that we have made the right decision. Africa, with its growing population, ability to capture more infrastructure investments including modernization of communications platforms and overall attractiveness for business, is an important element of our business strategy. And finally, on a corporate level, AMOS-5 takes us further towards our vision of becoming a multi-regional satellite operator. from anywhere to everywhere else in Africa, with connectivity to Europe and the Middle East. 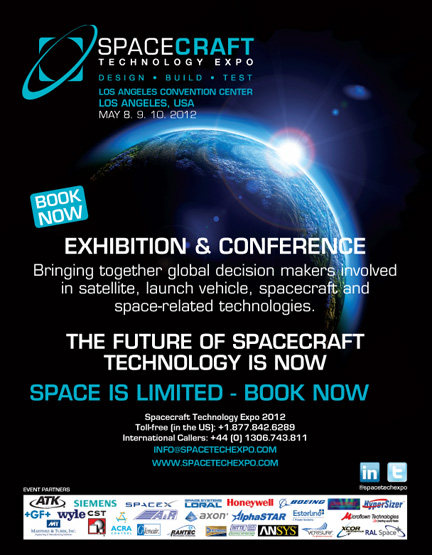