When a disaster hits, the toll on human life is often determined by the speed of response efforts. Recent catastrophes around the world have consistently shown that the 72 hours following an event are when the most lives are saved or lost. It's no surprise more governments and Non-Government Organizations (NGOs) are shifting their focus from disaster relief to disaster preparedness in order to accelerate response times and give potential victims around the globe the greatest chance of survival. 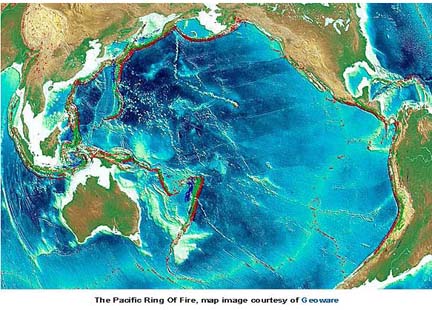 Disaster Hotbed: The Pacific Ring Of Fire
This change in mindset is especially prevalent in areas where emergencies are most likely to occur. No region on the planet sees more natural disasters than The Pacific Ring of Fire. Aptly named, this geographic phenomenon forms a 40,000 kilometer arch around the perimeter of the Pacific Ocean, extending from the West coasts of South and North America to the East Coast of Asia, across the East Indies and South to New Zealand.

This region is home to 452 volcanoes and about 90 percent of the world’s earthquakes. In recent years, tsunamis and flooding have wreaked havoc across the Pacific, destroying houses and infrastructure and jeopardizing human life.

The Challenge: Reliable Communications
For emergency responders in the Pacific Ring of Fire, one of the key challenges to initiating an effective relief campaign is establishing voice and data communications on the ground to provide visibility and direct operations toward the areas that need the most immediate attention. Without this communications lifeline, operations are blind. But in major disasters, terrestrial communications infrastructure, including cellular, microwave and fiber networks, are often wiped out by the event itself. And terrestrial backup systems usually share the same fate.

As a result, all major disaster organizations have adopted satellite as the only reliable way of establishing the critical first connection. While it is a necessary and effective technology for emergency situations, satellite has traditionally posed some key challenges that limit disaster response organizations from using it more effectively:

- Time consuming deployment – Satellite systems include several hardware and software components, so assembly and activation can take up to several hours

- Difficult to train with – Due to the cost of bandwidth, many organizations hesitate to activate their satellite equipment during training, so teams are not as familiar with the technology when it really matters

A New Approach To SATCOM 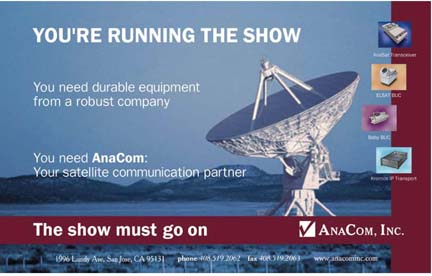 To overcome these challenges, three of the leading satellite communications and technology providers to the Asia Pacific region have teamed up to build ReadyCONNECT™, a complete, portable, and off-the-shelf disaster recovery communications solution that gives emergency response teams with minimal training the ability to establish voice and Internet connectivity in just 10 minutes.

ReadyCONNECT combines reliable and field proven hardware with constantly available bandwidth and can be used across the Asia Pacific region, via the GE23 satellite.

The new system was developed by a leading service provider with a regional presence and complete coverage of the Pacific, Australian Satellite Communications (ASC) with partner — global satellite equipment provider — Cobham Satcom. The network is powered by iDirect’s advanced and reliable platform of VSAT hubs, routers, and software that is used daily by military, government agencies, and emergency responders worldwide to provide stable connectivity in extreme and hazardous environments.

ASC is a leading provider of satellite communications solutions in Australia and throughout the Pacific region. The company specializes in designing and implementing the most complex VSAT communication solutions. With the use of two teleports covering the entire Pacific region, ASC has access to significant quantities of Ku-band bandwidth a resource which is increasingly in short supply. 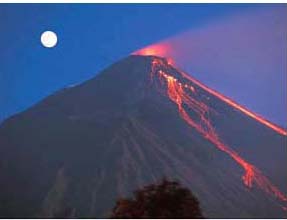 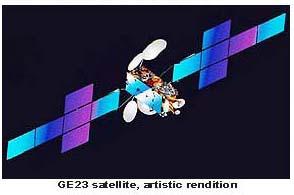 ASC turned to Cobham’s technology as it has proven to be a reliable solution that is easy to use and the products’ build quality, ruggedness, and portability are “must have” features for emergency teams in the Asia Pacific.

Cobham’s equipment has been successfully used in defense applications in the most challenging environments on the planet; it has also been used with great success in post disaster relief efforts in Haiti. In all situations, the equipment has performed extremely well.

The standard ReadyCONNECT™ package includes all necessary hardware, bandwidth, support and training to make connectivity in the field simple and effective for emergency responders:

- ReadyCONNECT service: immediate, reliable access to Ku-band satellite bandwidth, with complete coverage across the Pacific via the GE23 satellite. Included are two days per month standard use for training or short-term connectivity needs. Customers can choose between single or multiple beam service, enabling them to deploy the unit across different satellite beams. 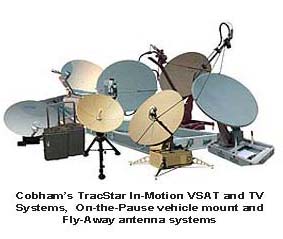 Always Prepared
With ReadyCONNECT, emergency response organizations have a reliable, cost-effective solution that is ready to go at a moment’s notice. This allows response teams to focus on the critical task at hand, knowing that when disaster strikes connectivity is only a few minutes away.

About the author
Paul Krzystoszek is the Operations & Marketing Manager for Australian Satellite Communications (ASC).