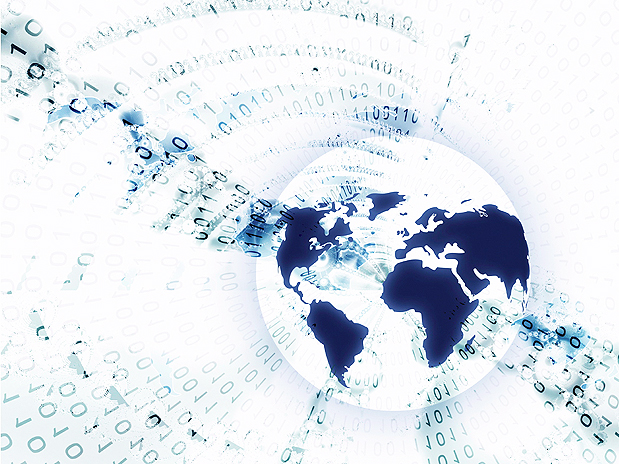 For those operating in more remote parts of the globe, whether on land or at sea, the ability to communicate with colleagues, friends and family has until now been restricted, on the grounds of both affordability and lack of communications channels.

However, there is nothing less than a revolution currently taking place in the world of satellite communications. As a result, it is now possible for users who spend long periods of time in distant locations to benefit from the kind of high quality voice and data communications they have become increasingly used to at home.

The key to this step change is compression. The latest data compression technologies provide two major benefits which now makes the provision of advanced communications channels a viable proposition for business operators and their staff.

First, the adoption of an advanced, flexible codec delivers a new level of high quality two-way voice and data communications in an easy-to-use and secure environment. At a fraction of the cost of existing satellite communications, this makes it affordable to all. 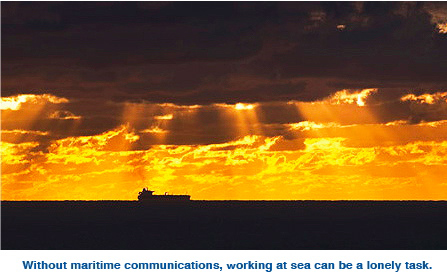 In addition, the technology is designed from the ground up to support ultra-efficient satellite communications delivery via both pre-paid and post paid options, providing public and private sector organisations with the flexibility and transparency to seize back control of their telecoms costs.

Keeping In Touch
The difficulty of staying in touch with family, friends and colleagues has long been especially problematic for those working in difficult and out-of-the-way land-based or maritime environments.

In the case of operational staff, frequently away for weeks on end and perhaps keen to save as much as much as they can in order to send money home and support their families, the options have historically been limited. Until recently, in most cases they have not been able to communicate from their operational base — for example, an oil or gas exploration site or a cargo ship — and have had to wait until they reached the nearest city or next port in order to use a local, expensive, pay-as-you-go phone.

In the past few years things have improved with the development of satellite communications, as it has become more common for the site operator to provide some form of calling facility — for example, offering vouchers which allow them to call home from their base, at a time that suits them.

The ability of those on limited incomes to take advantage of this has continued to be restricted by the high cost of calls, typically $1 per minute or more. In response, with the greater use of Voice over IP (VoIP) solutions, technology is now playing its part in making such communication much less expensive. 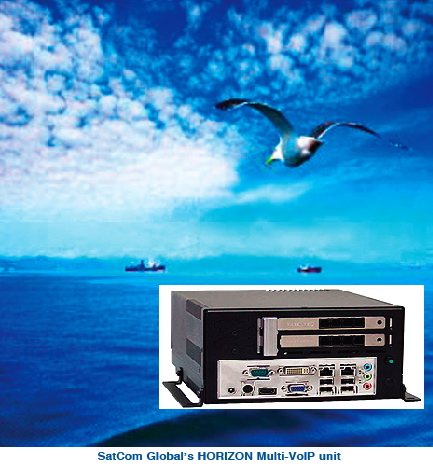 Yet the issue extends significantly beyond a simple requirement to be able to call home using a pre-paid voucher. At home, and on-shore more broadly, workers are increasingly able to take advantage of a wide variety of sophisticated voice and data communications options — from instant messaging to sending and receiving emails to searching the Internet — all in a secure, controlled environment that achives a much better value for the money as a result of compression technologies.

With the greater availability of IP in the home environment, when working away in outlying geographies, employees want to be able similarly to send and receive emails and photographs attachments — the modern day equivalent of the traditional ‘long awaited letter (to and from) ‘home’.

At the same time, they also want to be able to perhaps fill some of their often extended periods of leisure time surfing the net. Access to better, cheaper communications has also been beneficial for senior staff keen to send and receive business-critical information via voicemail, for example, with colleagues at the head office or at other remote sites.

In enabling this enhanced two-way communication capability, for the first time in a pre-paid environment, family or friends have the ability to leave a voicemail message so that the call can be returned at a convenient time, something which, once again, has long been taken for granted in the world of terrestrial landline and mobile communications.

‘One World, One Network’ Approach
Another key beneficiary is the bill payer or owner of the communications device. Companies operating remote sites or shipping fleets are typically reliant on satellite for all communications between the head office and outlying operating units, with telecoms an important element of the budget in managing each site.

The availability of new satellite-based solutions using compression technology represents a revolution in enabling truly global land-based and maritime communications, in terms of cost and range of facilities, significantly narrowing the gap with what is available in more well-developed terrestrial environments.

The cost of communicating is dramatically reduced by using VoIP end-to-end by installing a Horizon Multi-VoIP unit on each remote location and another unit in the company’s operational center or head office. Previously, the office would have had to use a landline phone and call each site or vessel via a PSTN line, an expensive option costing perhaps $3 to $4 or more per minute. Now it is possible to call the location direct through the local user extension number and make a VoIP-to-VoIP call, using the background IP channel, therefore by-passing the PSTN operator.

The concept of email data compression in remote terrestrial or maritime environments is not new, of course, although recent developments have taken performance and cost reduction to a new level. However, until now access on such broadband products has been limited to one voice channel, resulting in long queues to make a call.

With the introduction of a flexible new proprietary codec for the first time, it is possible to have multiple connections, with up to eight handsets on one Horizon Multi-VoIP unit. Not only does this allow eight people to make calls simultaneously, data can also be passed across the background IP channel at the same time. Users can also maximise savings by choosing from several call settings for optimum cost/quality voice delivery.

This is a radically different form of communication and is both highly intuitive and easy to install. Equally, the savings to be made here are huge, as this cuts the cost of such calls to just cents per minute.

Employer Of Choice
Operationally, the availability of instant messaging is another valuable new facility. Historically, sending data across a satellite communications network in this way has been highly bandwidth intensive — up to 25 kbps — and, therefore, once again very costly. With the advent of instant messaging and peer-to-peer VoIP, the satellite system is optimised, using less than 2 kbps and provides an ideal low-cost two-way conversation option.

This offers a number of other advantages. The instant messaging text facility enables correspondence to be put into print, which can be valuable in ensuring clarity of communication. For the site manager or ship’s captain, for example, it also provides a way to communicate rapidly to the head office in the event, say, of an immediate requirement for equipment, engineering or other specialist support.

In a tough economic climate, this clearly offers a major benefit to the business owner in terms of reducing operating costs. However, in environments where it is more difficult to recruit and retain staff with specialist skills, it offers the additional plus of boosting the operator’s position as an employer of choice by including superior, low cost voice and data communications facilities as part of a more competitive remuneration package.

This will become increasingly important as more countries look to implement staff welfare legislation in improving the working conditions of those operating in inherently tough conditions. 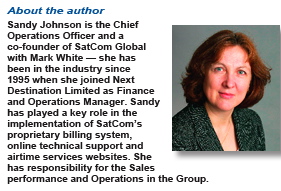 Shrinking The World
For employees working in industries such as cargo transportation, oil and gas exploration or dealing with emergencies such as natural disasters, the ability to access the Internet and stay in contact with home on a regular basis in this way — by phone, email and text — will make the world a much smaller place.

For the employer or bill payer, the visibility and control of communications costs, which such tools provide, means they can offer these benefits without the fear of expenditure spiralling out of control as they look to recruit and retain the best staff.