If you’re planning to start your own space transportation company, you’ll need a few things. First and foremost is positive attitude and faith in your own abilities. A close second requirement is developing a simple, robust rocket design that actually can be built using mass production techniques. You must take the sage advice of the Apple ad campaign “Think Different” and, simultaneously, grasp how to think like a member of the established space dinosauria as they exercise majority control of the gravity-well escape business. These skills are required for both a competitive edge and your own survival. 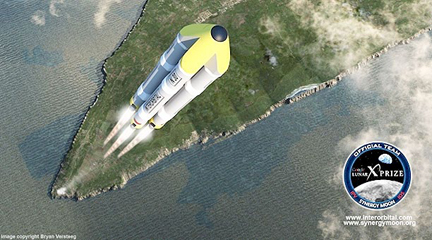 Your goal is to be nimble enough to keep the cash flow from freezing up while your team develops the ultimate killer app in rocket technology and/or spacecraft design. To facilitate that entire process, one driving question should be blazing in your forebrain—“Can we actually afford to build this?” If not, the next question is, “How do we modify the design to make a rocket buildable on our budget?”

To create a path to success that will take you from your garage workshop to elsewhere in the Solar System, the vital move at the start of your project is to embark on a design campaign that will yield a launch vehicle that embodies a majority of the principles comprising Arthur Schnitt’s mid-1960s Minimum Cost Design (MCD) studies, conducted for The Aerospace Corporation; the art world and architectural industry’s methods of Subtractive Design; and, of course, low-cost LEO guru John London III’s solid tome, “Leo on the Cheap”—the literary spark that ignited the commercial space movement in America.

If you take this most fundamental and basic step, and follow the core values of these philosophies through your entire rocket development program, there is a slim possibility that you just might triumph and actually move from the drawing board into the Black Skies…

So, Space Entrepreneurs, (with deep reverence for and reference to the three sources above), here’s how this can be accomplished... 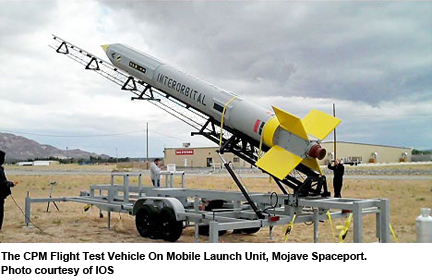 “Just Say No!” To Using Aerospace Practices
Borrow from other industries; shipbuilding; automotive; construction, and so on. There’s always another way to do things outside the bloated and artificially inflated standard aerospace price structure.
When you call for quotes, never use the “A” word—anything from the ‘aerospace’ collection will cost at least three or four times more than the same perfectly serviceable commercial item. Always search for less expensive alternatives and, always bargain.

Just Say No To Using Standard Spaceports
Become your own spaceport. How can you begin to lower space-access costs for yourself and others when using a majority of these launch locations anywhere in the world will add several million dollars to the cost of your mission—not what you want to do if you’re trying to produce a rocket that will lower space launch costs—probably not even in the realm of possibility if you’re a rogue team of spaceflight idealists with just enough cash for the build only—and not for the high-roller niceties…

No To Turbopumps + Other Expensive Systems
Use blowdown pressurization ala OTRAG (world’s first commercial rocket company established in the 1970s by Lutz Kayser). A lower part- and system-count equals less parts to fail and, therefore ,a greater margin of safety. Blowdown is ultra-cheap and relatively uncomplicated; turbopumps are expensive and failure-prone.

No To Exotics
Don’t use costly propellants-—select your mix from standard industrial sources. Pay pennies for your go-juice, not hundreds of dollars per pound. Remember—you’re dealing with tons of the stuff and it all adds up. 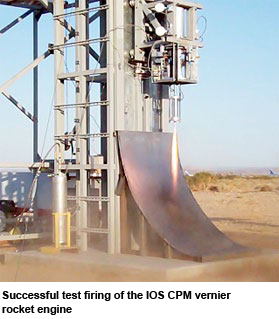 No To Extortionate Launch Costs
Pass on the savings generated by the low-cost rocket, Spartan launch infrastructure, and affordable spacecraft to the long lines of new customers who will be ready and waiting for a disruptive technology to slash launch-cost prices.

Don’t Forget The Giants Upon Whose Shoulders We Stand
We acknowledge Lutz Kayser (OTRAG) and Wernher von Braun (Apollo) as the chief sources of our rocket design and production inspiration.

Finally, Don’t Take No For An Answer
When it comes to dealing with the dreaded regulatory hurdles: Licenses, permits, insurance, alphabet agencies and bureaus—don’t take no for answer. If you are denied a request that you feel is legitimate, persist! Curling up in a corner is not allowed if you consider yourself a true spacer.

In the Trenches…
The perks are many for those who engage in a creating a viable program of launch cost reduction:

– Creating Jobs because of your new income stream, you can afford to pay your team of volunteers and interns—and, perhaps, even yourself.

– Enabling Space Science—injecting adventure and excitement into space experimentation by creating a system that will allow students to actually fly the experiments that would normally go straight to the lab storage shelf.

– Orbital, Interplanetary, and Celestial Body Space Enterprise and Tourism—plan a flight on your own rocket to your own Moon Base, Titan Time-Share, or the personal Platinum mine on that Asteroid you claimed last year. You’ve earned it. 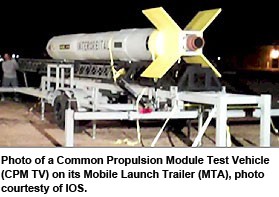 The Big Pay-Off
The gallows humor that permeates the industry simply goes with the territory—we laugh when we can because what we do is somewhere well above serious. Potential injury and death lurk at every turn, and the dangers are built-in; all who tread here must be completely aware of the brutal truth of these facts. Make it safe. Live to fly in your own launch vehicles—and that’s an order!

Interorbital Systems has adhered to the rules of Minimum Cost Design and has achieved success in designing and developing propulsion systems and launch vehicles capable of orbital and interplanetary missions. We’ve put a thriving and expanding space company on the map. Founded with an $1,800 budget in 1996 in a borrowed garage, the company has followed MCD principles from its inception.

From those humble beginnings, IOS has evolved to its current level of completing a NASA SBIR Phase I contract that furthers the development of the company’s NEPTUNE rocket series, and is readying its rockets for flight tests. IOS has invented cylindrical form-factor (TubeSat) satellite kits that are sold with a launch on a NEPTUNE rocket included in the ultra-low cost.

The $8,000 Personal Satellite Kit and Launch Program serves universities, private citizens, military, and government entities throughout the world. The key to the company’s success has been Interorbital’s choice to build a rocket that can be configured for any type of mission requirements simply by adding additional identical common propulsion modules or CPMs (individual rockets that serve as construction elements or modules of a larger bundled launch vehicle). 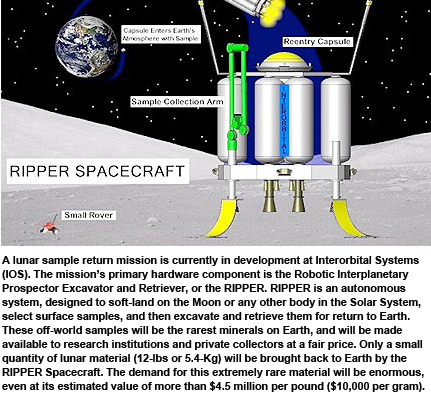 Analysis during IOS’ recent NASA SBIR study confirmed a seven-module rocket as the best choice for a first orbital launch vehicle configuration—a NEPTUNE 7 (N7) using completely identical CPMs. This rocket is capable of lifting approximately 40kg to LEO—or 30 small TubeSats and CubeSats per launch. The first launch is sold out and the second is rapidly closing. Earlier this year, Interorbital began its series of preflight engine tests.

In addition to the vernier rocket engine, the series of tests included the verification of the CPM controller. This unit is the interface between the CPM and the user or the guidance software. The test series also verified IOS’ rocket launch control software developed to control the launch of the NEPTUNE series rockets. This software allows the use of a laptop computer or tablet computer for simple low-cost launch control. Launch crew training and key ground support equipment were also verified in this series of tests. These field trials were precursors to the 7,500-lb-thrust CPM main engine hot-firings, which will begin soon at the IOS test facilities, located at the Mojave Air and Space Port.

The Satellite Showcase
Payloads on the current N7 launch manifest for the first two missions range from academic, to arts, military, pure space science, music, and even to projects that are destined for the Moon!

The Call to Action
Engines roaring—rockets flying—citizen-science projects destined for LEO, and the Moon—reveling in and learning to respect the power of the pillar of fire that carries your personal launch vehicle and payload into space.

After settling on an orbital launch vehicle design that you and your team have systematically reduced to a set of robust essentials, by adopting the required radical shift in mindset, and by doing away with the old methods of creating a standard aerospace company by saying no to the dead-ends that have killed other start-ups, it’s time to focus and move ahead—time to take the all-important first step—time to do the hard thing: time to start. Check www.interorbital.com for updates on the main engine test series, suborbital test flights, and satellite programs.