The moon is the goal, and the development of a small satellite that can orbit or perhaps even land on the lunar surface is the mission behind this project. 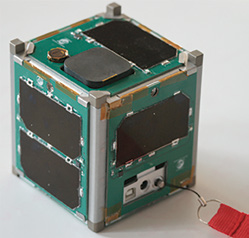 This project’s predecessor was the Alaskan Ice Buoy Project, which assisted in learning about the CubeSat Kit™ hardware that is also being used in this project. However, in order for this goal to be reached, many more colleges and other satellite manufactueres would need to be involved to assure the moon landing.

The team built this single CubeSat to test the GPS Enhanced Onboard Navigation System navigation’s GPS components that would be of use in reaching the Moon as well as navigation via sun, moon and Earth tracking via optical methods.

The project has seen the director of the Vermont Technical College’s CubeSat Lab, Dr. Carl Brandon, involved for more than eight years in the develpoment and build of the four inch cube that was party to the Wallops facility Minotaur I liftoff on November 19th, 2013. The Vermont Lunar CubeSat is equipped with a small radio and the antenna has successfully deployed as signals are being received from the CubeSat. The dual, miniature navigation systems will be able to be thoroughly tested.

Just being recognized by NASA for the ELaNa program was quite exciting.” Brandon said, “It’s neat that we could get something amazing. And to know how much work goes into it. We’re a pretty small school, so we beat out some of the bigger ones,” and added that his college even outdistanced the Massachusetts Institute of Technology (MIT).

In 2009, a grant of $195,000 was awarded to Vermont Tech by NASA to the Vermont Space Grant Consortium. Additional funding was derived from the college itself and EPSCoR. The commercial software to manage the CubeSat and to analyze the orbits were from AdaCore, SofCheck, Altran, Rowley Associates and EPSCoR. The latter (Experimental Program to Stimulate Competitive Research) assists the National Science Foundation in strengthen research and eduction in science and engineering throughout the United States.

Dr. Brandon and two Vermont Tech students were invited to travel to Wallops to view the launch of their satellite, with observation of the Minotaur I liftoff from an Orbital Sciences sponsored viewing area, complete with bleachers and complimentary snacks.

Brandon adds that CubeSats are becoming more and more popular, especially within the educational community, due to their lower build costs and their potential for various forms of research. Additionally, those involved with such projects obtain real-world space program experience that many undergraduates simply are unable to receive at most institutions of higher learning.

Previously mentioned was the CubeSat Kit™ and their Pumpkin platform. This kit is now in its fourth generation and has delivered more than 150 such units to customers since 2003. To learn more about the CubeSat Kit, visit: http://www.cubesatkit.com/

The life expectancy for the estimated $50,000 Vermont Lunare CubeSat is two years. Additionally, should readers have a pair of binoculars handy, the CubeSat’s bright, light-emitting diodes are visible from Earth. 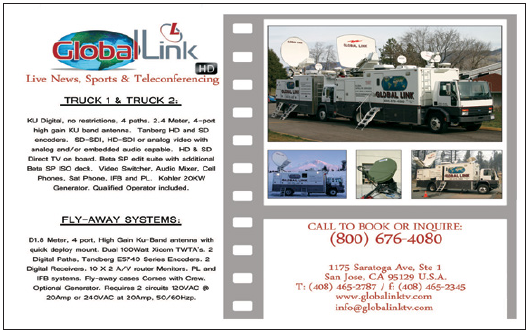