Up until September most analysts expected the upcoming launches of the first ‘next-generation’ LEO mega-constellations of LEO craft to help create a new multi-trillion-dollar segment of the space industry. Then, in September the first major bump in the road occurred with news that Intelsat is suing its former partner OneWeb and OneWeb’s main financial backer Japanese media conglomerate SoftBank.

At a stroke, the almost certain ending of the OneWeb/Intelsat relationship places that particular constellation’s plan in jeopardy. Also known is that SoftBank has spent almost a year in trying to sell off its $1+ billion investment in OneWeb, or reduce its exposure.

There are other LEO doomsayers, of course, not the least being Steve Collar, CEO at satellite operator SES, who admits he is a LEO skeptic and said, “This skepticism] is not directed at LEOs themselves but at the current generation and architectures around [them]. It is basically because they are so expensive, and not just the satellites but the whole supporting infrastructure. It has some considerable technical challenges, which are not insurmountable but come with enormous complexity. The delays being suffered are not surprising to anyone, and I am firmly not critical because the whole concept is challenging. But it comes down to the economics, and I do not see how investing $4-$5 billion up front with no market in place, and having to replace the satellites in 5 years or so [can work].” 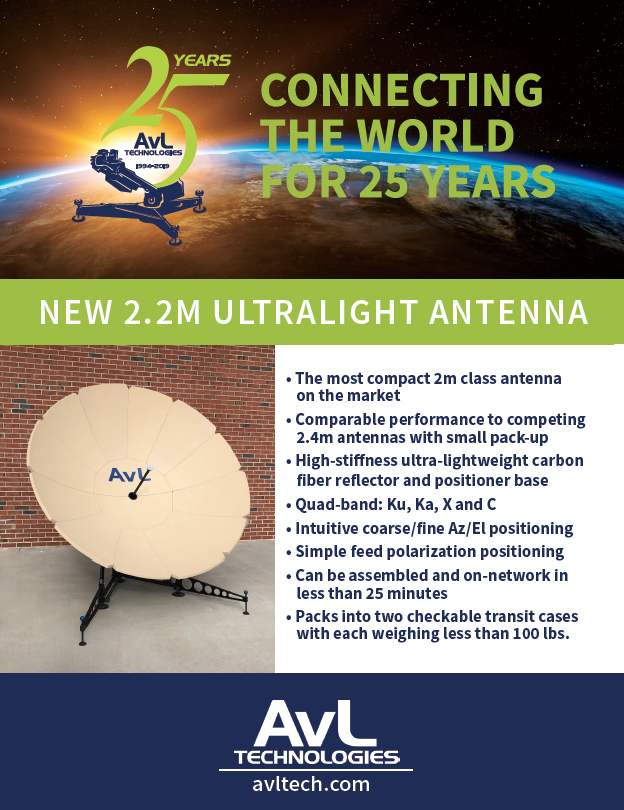 One analyst compared the OneWeb challenge as traveling through the famous Gartner ‘hype cycle’ and its “Valley of Death,” suggesting that — eventually — it could emerge as a roaring success.

Recently (but before the Intelsat legal action commenced) analysts at Northern Sky Research (NSR) published their report on the LEO mega-constellations. The report reminded readers that investment banks that included Morgan Stanley, Goldman Sachs and Bank of America/Merrill Lynch, expect the overall space industry to grow to more than $1 trillion by 2040 and for LEO aspects to be a significant part of that growth.

Indeed, expectations from normally savvy private investors are not far behind — Jeff Bezos justified the investment in his Kuiper super-constellation based on the potential for it to “move the needle” for Amazon, a company generating annual revenues of $233 billion. NSR asked, “Is the addressable market big enough to support these projections?”

NSR says that the main source for growth for the space industry will be broadband. Morgan Stanley expects the ‘broadband’ vertical to become a $95 billion market by 2040, growing from somewhere in the neighborhood of $2 billion today. While NSR agrees that many satellite broadband use cases are still underpenetrated today, stimulating demand has not been easy and sustaining high growth rates over decades could exhaust the addressable market.

More than one of these new LEO constellations use as their business case the well-rehearsed mantra that they will ‘Connect the other half of the planet’s population which remains either under-connected or non-connected’. The (now) SES O3b division was specifically set up (by OneWeb’s founder Greg Wyler) to serve the “Other 3 Billion.”

Wyler’s concept led directly to the SES constellation of 20 MEO satellites now orbiting the Earth and will be augmented by another 7 ‘O3b mPower’ craft which will launch starting in 2021. SES is making money from its investment. 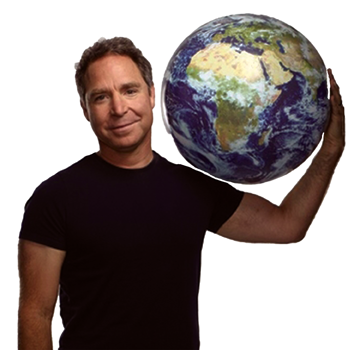 The logic, from Wyler’s OneWeb, from SES’ O3b, from Bezos’ Kuiper, from Elon Musk’s Starlink, from LeoSat,; from Telesat and the other would-be players, is that there are probably more than 435 million potential active subscribing households around the planet (see the NSR table).

However, NSR also issues a cautionary note saying it believes the addressable market is significantly smaller. “The broadband coverage gap ‘only’ represented 10 percent of the world population according to GSM Association data. When one also weighs in other factors such as available income or digital skills, the potential market for Satcom can be defined realistically.”

NSR stresses that service penetration outside North America is still at minimal levels and they project solid growth coming from this business vertical. However, one must keep in mind that revenues per user extracted in emerging markets will be significantly smaller than the $84.26 ARPU that ViaSat realizes in the U.S., plus NSR estimates a global average ARPU (considering users connecting through WiFi aggregation points) in the neighborhood of ~$20 by 2028.

This yields a total market potential of $104 billion. This is the theoretical roof of the market, but NSR considers the realistic opportunity to be smaller than $104 billion given existing challenges such as the “usage gap,” the difficulties in creating distribution channels or competition from alternative technologies. 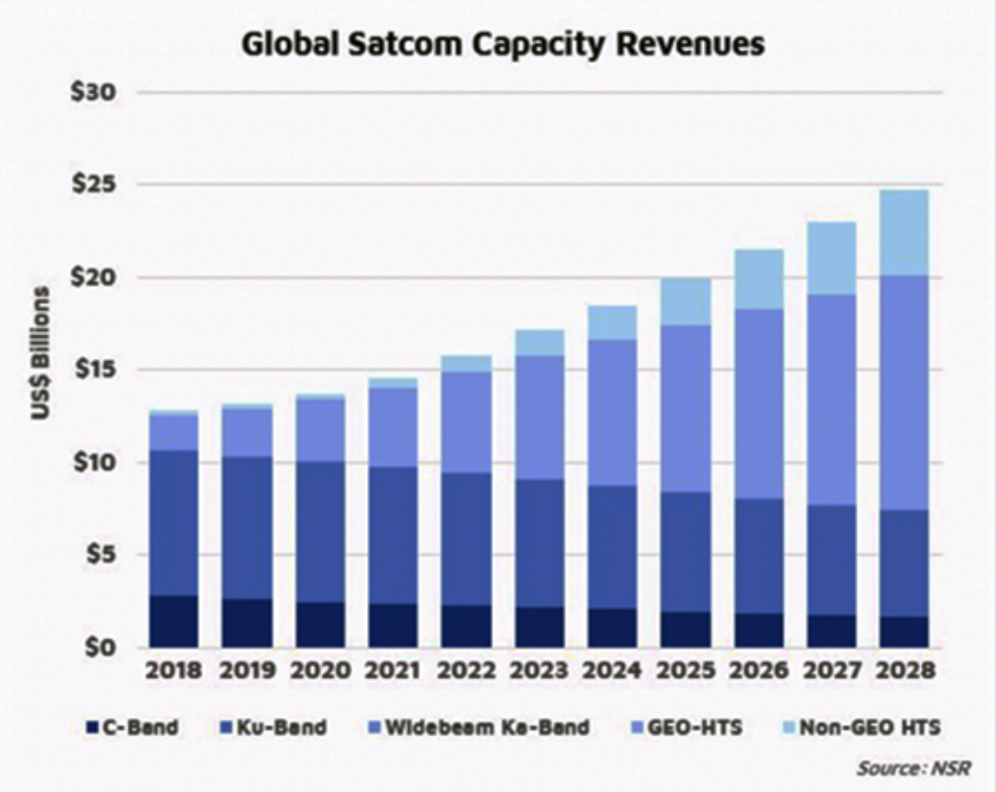 NSR’s ‘Bottom Line’ suggests that, notwithstanding the backing of some “ultra-rich” individuals, the players ought not to be carried away by Silicon Valley “dreamers.” NSR said, “Markets like Consumer Broadband have created enormous expectations but, while it is true that the addressable market is massive and the opportunity is still largely untapped, stimulating demand presents its own challenges and NSR is more cautious projecting the growth of the vertical estimating revenues in $17.3 Billion by 2027, or what is the same, 16.6% market penetration over Total Addressable Market.”

However, there’s another set of criteria to put into the equation. The first is to look back some 20 years and the dot-com boom, bubble and bust. This author well remembers a visit to NATPE in New Orleans when one of the largest booths was from short film specialists Atom Films.

Atom was founded in 1998 by Mika Salmi and, at one point, claimed 40 million monthly active user, and was heralded as the YouTube of its day. Prior to Atom, Salmi worked at Real Networks, and has since been active with the likes of Blinkbox, Trace, CreativeLive and others. The point is that while Atom was bought by Viacom/MTV for some $200 million, it has not set the world on fire.

Still, to its credit, Atom was worth something to Viacom. But the period 2000 to 2004 saw a massive number of dot-com high-flyers aim too high and miserably fail.

The list is huge and includes the likes of Teledesic’s 840 satellite scheme (and backed by Craig McCaw and Saudi Arabia’s Prince Alwaleed bin Talal), the first Iridium iteration, Globalstar, Worldcom, NorthPoint, Global Crossing, 3Com, Freei, LastMinute.com, World Online, and the brazen stupidity of the America Online purchase/merger with TimeWarner
in 2000.

The market collapse and distrust of the dot-com sector almost wiped out the likes of Cisco and Qualcomm, and by the end of 2002, Wall Street stocks overall — including the ENRON scandal — had lost a massive $5 trillion in market capitalization. Dozens of over-hyped dot-com stocks went bankrupt.

The question is whether those old lessons have been forgotten and whether the new LEO players are over-stretching themselves. Might they be significantly over-estimating the returns on their considerable investments? 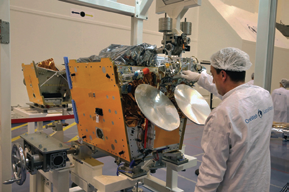 Key to this question is how speedily any of these super-constellations could gain distribution either directly to consumers (as Viasat and Dish/Echostar mostly do) or via wholesale relationships (as Eutelsat does with its Konnect service). O3b only deals directly with large volume business consumers, whether Pacific island telcos or Caribbean cruise ships.

It might be relatively easy for the likes of Jeff Bezos, with his massive Amazon reach into millions of homes, to create a one-to-one broadband relationship. And Elon Musk is probably brave enough to risk the farm — again — and go for broke with his Starlink broadband-by-satellite service.

But it isn’t enough to execute on the technology, challenging as that is. These players also have to execute on a global marketing, sales and fulfillment strategy that’s immensely tough to accomplish. 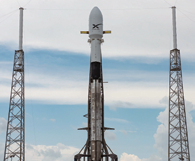 SpaceX Falcon 9 at Space Launch
Complex 40 ahead of the first launch
of operational Starlink satellites.

The core question is, “Can LEOs deliver a trillion-dollar business?”

There is no easy answer. For every positive response, there’s a matching skeptic. The industry wishes them all success; however, we’re not holding our breath just yet!

Senior Columnist Chris Forrester is a well-known broadcasting journalist and industry consultant.
He reports on all aspects of broadcasting with special emphasis on content, the business of television and emerging applications. He founded Rapid TV News and has edited Interspace and its successor Inside Satellite TV since 1996.  He also files for
Advanced-Television.com.