It is the middle of the Atlantic. Meal service is almost over. Two hours to YYZ (Pearson International Airport, Toronto, Canada) and home.

In the cockpit, a highly trained flight crew monitors the autopilot and chats about football.

Also in the cockpit is a small box that doesn’t care at all about football, spouses, dogs, or kids... it just works quietly. 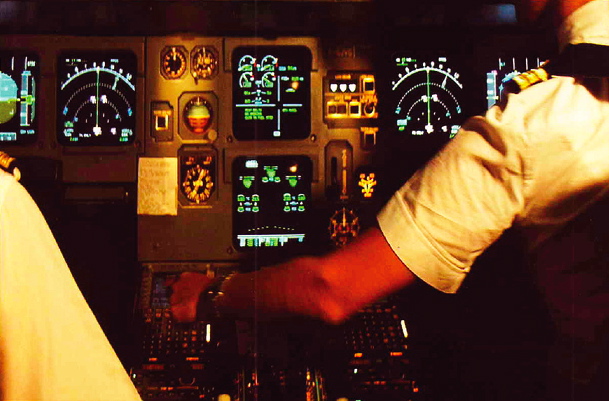 This box’s only concern is to constantly monitor and analyze up to 3,000 parameters per second…every minute of the flight. Should any monitored system, part, or flight characteristic vary from assigned norms, the small box will send a real time, encrypted alert via satellite to a ground station and, from there, immediately to the airlines Ops Center, for assessment and, if necessary, immediate action.

The small box? This is the STAR-ISMS™ In-Flight Safety Monitoring System, based on patented technology and developed by Star Navigation Systems Group Ltd. of Toronto, Ontario, Canada. Some eight years in development, the commercialization of the STAR-ISMS comes at a critical moment in aviation history and its importance to air safety cannot be overstated. The June, 2009, loss of AF-447 in mid Atlantic, with 228 passengers and crew, combined with the inability of the French and U.S. Navies to locate the Flight Data Recorder or the Cockpit Voice Recorder (Black Boxes), galvanized authorities worldwide into a search for a way to avoid such a situation from ever reoccurring again.

Determining the causes of the AF-447 disaster would bring some comfort to the families of those lost in the accident. It could also lead to the prevention of similar accidents in the future. Some information was received during the latter stages of the flight through the ACARS system onboard. ACARS stands for Aircraft Communications Addressing and Reporting System, which has been in use since 1978. Unfortunately, while the information received gave hints of potential problems, the amount of detail transmitted was insufficient to confirm the probable cause, or causes, of the accident. The information would have typically been high-level fault codes only. In the event that technical issues caused or contributed to the loss, no trends would have been transmitted.

STAR-ISMS™ was conceived in 2002 by the author, who is now the Chairman and CEO of Star Navigation Systems Group Ltd. Mr. Kapadia felt there existed a real need to be able to monitor, and analyze the functioning of the myriad systems aboard an aircraft, all the while that aircraft was in flight, and, if necessary, send information concerning potential problems to the ground, all in real time. Satellite technology was in place. Mr. Kapadia and his team, lead by Chief Technology Officer Dale F. Sparks, set out to develop what is now the STAR-ISMS™ system.

The STAR-ISMS™ system reads data from the aircraft avionics buses (ARINC 717/573 and ARINC 429) and monitors aircraft parameters provided by a variety of avionics including essential systems such as, but not limited to:
Flight Data is stored on solid state storage inside the Star Server Unit (SSU), the centerpiece of the STAR-ISMS™ hardware on board the aircraft. STAR-ISMS™ analyzes the data in real-time and sends alerts about abnormal parameters and events to the ground along with selected data. It uses satellite communication when in the air and WLAN (IEEE 802.11) when on the ground. Time-critical information is sent immediately, while other information is stored on board and transmitted at lower cost when on the ground.

The STAR-ISMS™ on-board data analysis capabilities range from simple bound checking (e.g., aircraft pitch within -15 degrees and + 25 degrees), to multi-parameter combination checking (e.g., aircraft speed less than 250 kts below FL 100), to complex equations with multiple parameters. A set of the most common analyses are pre-defined in STAR-ISMS™. Airlines can specify additional analysis to be performed, independently for each aircraft or aircraft type.

Once on-board analysis identifies an abnormal parameter or combination of parameters, it generates and transmits an alert. The ground station receives the alert then transmits it to the airline and/or ground personnel (e.g., PDA) via email, subject to local network capabilities. This enables the airline’s maintenance department to know about the status of the aircraft before it arrives and to prepare tools, parts and resources. As a result, costly flight delays and aircraft downtimes are reduced.

The STAR-ISMS™ system gives airline ground personnel the ability to monitor trends, predict possible failures, schedule repairs, and assists the flight crew in taking preventive action as required. It acts as an early warning system, detecting the earliest signs of potential problems. As a result, airlines can reduce aircraft downtime and flight delays due to unscheduled maintenance, increase compliance to standard operating procedures and gain efficiencies from the many reports and data feeds available. 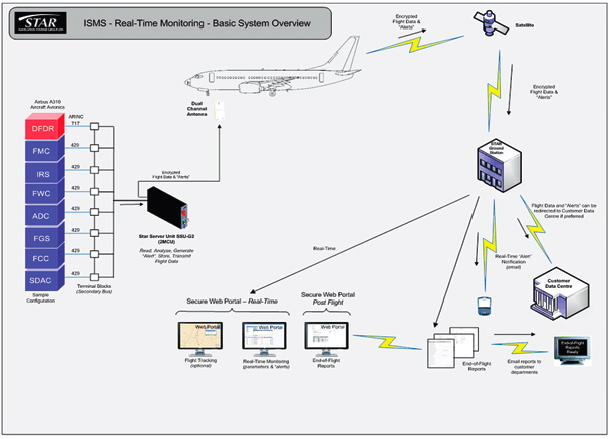 At the end of each flight, STAR-ISMS™ automatically creates a set of reports for various departments within the airline. These reports are available as both formatted reports and as raw data feeds. Formatted reports in PDF format are sent by e-mail and are also available through STAR-ISMS™’s secure Customer Internet Portal. Raw data feeds can be transmitted to the airline’s systems through email or file transfer protocol (FTP).

A comprehensive pre-defined report set for various departments covers the most common and most relevant parameters that are required for awareness, transparency and decision support, including:
In addition to the pre-defined reports, customized reports can be created to satisfy the customer’s specific requirements.

STAR-ISMS™ fully automates data acquisition and transmission for engine condition monitoring (ECM). All relevant engine parameters are read at various stages of the flight and can be set up to automatically upload into the airline’s or engine manufacturer’s ECM database via IP Internet communication either through satellite communication when in the air or through WLAN (IEEE 802.11) when on the ground. Airlines can specify the set of parameters transmitted, the number of samples recorded during a flight, and the flight phase and/or time at which the samples are recorded. With automated ECM, the airline can collect engine data more frequently and with greater accuracy while reducing pilot and data-entry workload.

STAR-ISMS™ offers real-time flight tracking via satellite communication. The system submits position reports at a user-specified rate (default – every 2 min; max rate – every 30 sec). The parameters typically transmitted for tracking are:
Tracking messages are received and processed either by the Star Data Centre or by the airline. The tracking data is available through STAR-ISMS™’s Customer Internet Portal, both as position reports, as well as plotted on an interactive map. In addition, with some STAR-ISMS™ flight tracking configurations, the tracking data can be interfaced with third party tracking and/or plotting software such as Google Earth.

During operation, STAR-ISMS™ records and monitors data from the aircraft systems and stores it on solid state storage in the Star Server Unit (SSU). Once on the ground, the in-flight data set is transmitted automatically to the airline or the airline’s flight data analysis provider for processing and analysis using IP Internet communication via WLAN. This capability eliminates the risk of data loss from media handling and human error present in traditional manual data recovery. It also eliminates the need for maintenance personnel to access the aircraft, and thus, resource requirements, and significantly reduces data delivery delays. Data is typically available within minutes from the aircraft arrival at a WLAN-enabled gate. In addition, the system offers opportunities for improved fuel management through transmission of the required fuel parameters to the ground in real-time, to better support the fuel management program and positively affect fuel utilization. (e.g., late landing gear retraction, excessive APU usage, improper flap settings on take off/landing, excessive taxi speeds, multiple engine taxi, etc.).

STAR-ISMS™ provides automated and accurate timekeeping for block and flight times. STAR-ISMS™’s timekeeping uses the high precision atomic clocks on GPS satellites and can, therefore, reach an accuracy unmatched by manual timekeeping. The data can be transmitted in real-time through satellite communication or through WLAN (IEEE 802.11) when on the ground after the flight. OOOI times are also available through STAR-ISMS™’s Customer Internet Portal. Aircraft maintenance intervals, part lifetimes, and often payroll of crew, relies on accurate and timely OOOI time reporting. With STAR-ISMS™, airlines eliminate manual handling of OOOI times and reduce the potential sources of error associated with it. It also compliments existing FOQA, MOQA, and ETOPS programs, creating savings to the airline.

As an option, STAR-ISMS™ also offers two-way text messaging and voice calls through satellite communication. The STAR-ISMS™’s Mission Management Unit (MMU) lets aircraft crews send pre-set or customized messages, such as number of passengers, special service requests such as wheelchairs upon arrival, etc. Ground personnel can send pre-set or free-form text messages to the aircraft. In addition to text messaging, satellite voice calls are available to, or from, the aircraft through STAR-ISMS™.

The STAR-ISMS™ system is currently certified via Supplemental Type Certificate (STC) by Transport Canada and the FAA in the USA.

While the main thrust of the Company is to service the Commercial airline market, other “scaled down” versions of the System are available.

Earlier, reference was made to the AF-447 disaster and to the amount of information received on the ground concerning the situation aboard the plane at the end. The Star system incorporates an automated emergency MAYDAY function — if any “critical” alert is generated, the system will automatically notify the ground of the “alert”, open up the designated communication channel and start transmitting as much flight data as the bandwidth will allow (including aircraft position and speed as a priority).

In these emergency situations, the potential for having access to real-time flight data by ground personnel allows for a valuable level of support and information to be given immediately, so that the flight crew has as much information as possible and, if the worst happens, rescue efforts can be mobilized efficiently and accident reconstruction commenced.

Commercial aviation today is one of the safest known modes of transportation. Unfortunately, any serious accident is front page news around the world, mainly due to the number of fatalities often involved. Aside from the loss of life, the cost of a major accident can be in excess of $800 million, to say nothing of the loss in passenger traffic and reputation to the airline involved.

It is hoped that the widespread use of the STAR-ISMS™ system will improve that safety record by providing airlines with a means of cost efficient preventative maintenance, and by providing the airlines and investigators with more data with which to ascertain the reasons for an accident and ways in which a reoccurrence can be avoided. 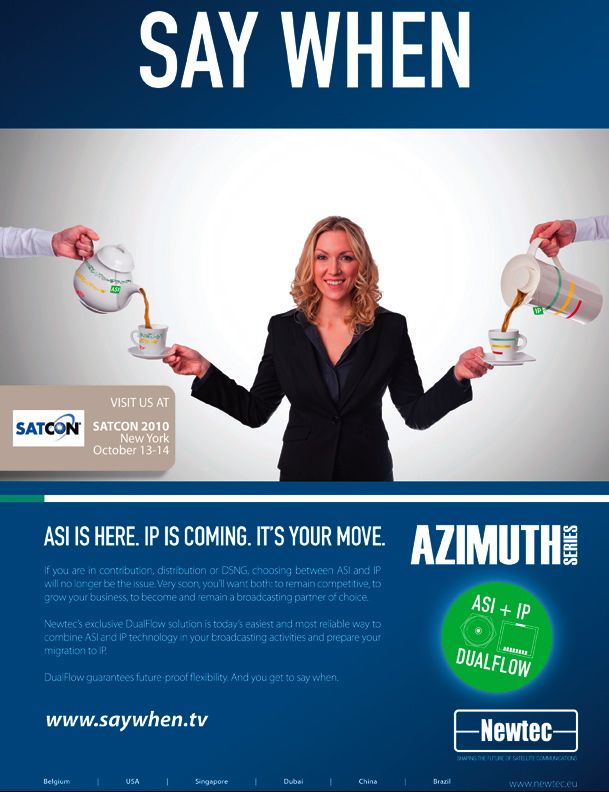