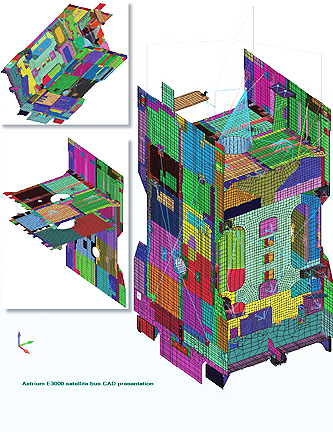 Satellites play a crucial role in our lives, from global security and defense to local in-car navigation. On a daily basis we rely on them for telephone communication, television and radio reception, and long-range weather forecasting. Many of these satellites use operating platforms and payloads designed and built by Astrium, an expert in space applications for more than 40 years. Employing 15,000 men and women in France, Germany, the United Kingdom, Spain and the Netherlands, Astrium is a wholly owned subsidiary of EADS, a global leader in aerospace, defense and related services.

Glenn Harris, structural analysis engineer at Astrium, explains, “We are always under pressure to meet development deadlines. A typical development cycle is one year and simulation represents six months of that.”

Quickly getting to grips with complex designs In particular, Femap is used for the creation and analysis of the Eurostar telecommunications platform. This is split into two main units — the Communications Module (CM) and the Service Module (SM). The CM portion usually has structures unique to a customer’s requirements, whereas the SM portion is common to many of Astrium’s Eurostar range of satellites.

Harris points out, “This structure lends itself to being defined by separate Nastran ‘include’ files, files of both new and re-used model data for each region, which joined together make up the full spacecraft design. Within each main portion of the satellite are numerous ‘include’ files for walls, floors, cylinders, cones and payload. The layers feature within Femap greatly aids work on developing and analyzing these ‘include’ files. Together with the use of the group function to identify nodes and elements in an area of interest, layers can be switched on and off to aid the understanding of complex regions.” 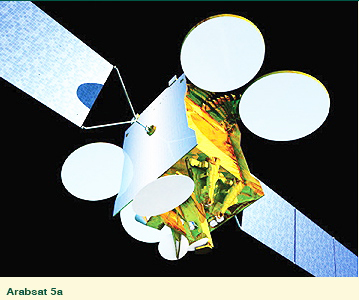 According to Harris, the data table is invaluable when it comes to confirming the specification: “For instance, the spacecraft structure is largely held together by cleats, which are generally modeled as spring elements. It is important for model quality that the nodes at either end of these springs are coincident, in this case that the springs are zero length.

All the spring elements can be selected within the data table. By adding mass property, the lengths can be added into the table and then sorted to find elements that are not zero length. A group can be made of these non-compliant elements for subsequent modification. The ability to add results to selections in the data table and to copy and paste this information into external spreadsheets has proved to be very useful.”

Easy Navigation, Modification + Import
The Femap Application Programming Interface (API) has been used to develop a program that first locates the separate ‘include’ files stored on the UNIX® file system, then assigns each file’s model data to a unique layer that is identified by its filename. This simplifies navigation through the model and means work can easily be done on separate layers. A file can be imported and modified and any changes made to the model can be retained in the appropriate layer. When the file is exported, the update applies only to the relevant ‘include’ files.

Siemens’ VisView® software is used within Astrium to view Catia® software VPM (Virtual Product Modeling) CAD data. An API routine is used to construct a model hierarchy in the same fashion as opening a file in VisView. This allows the user to navigate to the chosen item and then import the CATIA V4 or V5 model directly into Femap using the API.

Over the course of a project, this can reduce many hours of searching for files. API routines that facilitate modeling include one that creates multiple springs from single springs created by the Femap closest link command. Another routine enables the analyst to check that the rigid elements used as offsets from plates are orthogonal to the local coordinate system, which is required to avoid mechanisms. Yet another routine finds empty node and element numbering ranges in the model and writes this information to the data table. This allows additional modeling to be included with unique numbering.

Using a routine that creates centerlines from sections imported from the CAD viewer, VisView enables the analyst to quickly locate heat pipes in the satellite main walls and floors. These locations are then used to define the panel mesh required. Working with solid mesh would require too high a mesh density for adequate results so this is avoided using the mid-surface function that efficiently creates sheet parts from imported solid CAD data. Individual dimensions can be transferred from VisView in the form of copied text, which is then referenced from the Windows® Clipboard program by an API routine to generate a Femap point.

The spacecraft mass distribution is applied to the model from a spreadsheet containing a standard Eurostar mass report. An API routine creates new worksheets by breaking the data into regions of point masses (CONM2) and non-structural mass (NSM) to be spread over elements. A second routine obtains initial mass and area data from the Femap model, uses the NSM information and updates the Femap model to match the new mass data.

Harris describes the way in which Femap saves time during the post-processing of Nastran® software files — “When we check models for strain energy we may find nodes outside of acceptable limits. We can quickly format these into Femap program files to create groups, which allow us to identify and correct the problems. We can view mode shapes and use strain energy contours to understand the nature of a structure and here the transparency function is very useful for looking inside a model. Spreadsheet CSV results files can be read into Femap from in-house Nastran post-processing programs. These sort and provide margins of safety for the numerous load cases run on the spacecraft model.”

Concurrent Design, Analysis + Simulation
Astrium uses Femap extensively for the iterative process of creating, checking, and viewing models, processing model results, and exploring alternatives. Harris notes, “Having the ability to open several model databases at once allows a copy-and-paste approach to be employed. We can quickly generate new models by copying selected features from existing models. We can also copy and paste images and text into other documents and this speeds report writing.” 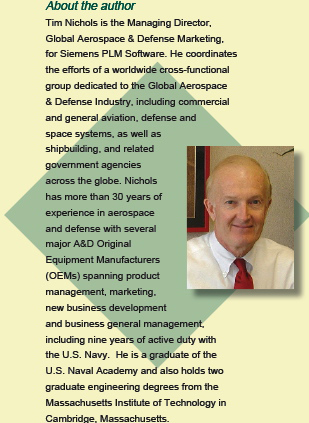 All the assistance that Femap provides Harris and his colleagues boils down to one imperative. “We are working towards the date of the customer design review when we have to demonstrate a fully loaded design and prove the reserve capabilities,” says Harris. “Within this timeframe we have an initial requirement to deliver the completed model to the prime contractor for dynamic analysis for spacecraft/launch vehicle compatibility. The model will also be used by the Stress Department for static loading analysis to prove the design. Ideally we do not ever want to redo an analysis, but we often have to assume what the design is before it is actually defined and if a design has changed we may need to iterate.”

The Y wall is one of the most complicated areas of the platform with many heat pipes (both internal and external), floors, equipment and strut interfaces present. Because there are so many fixed interface points this necessarily results in a complex mesh. “At the moment, model development typically takes six months within an overall analysis process of one year,” says Harris. “Our goal is to use Femap and its API to eventually automate this process, reducing the time by half through the use of templates, automation and improved access to CAD information.”