This article, authored by Chris Stott, the Chairman and CEO of ManSat, is excerpted from Near Earth LLC’s newsletter, with permission from the author and the publishing company.

The possible reform of the International Telecommunications Union (ITU), or the regulatory process with which it manages satellite services, is a topic that is always on the minds of many in the satellite industry. This is because it is only through the ITU in Geneva that our national regulators, and then the satellite industry, gain access to the lifeblood of our business, radio frequencies. Any changes to this process affect all in the industry, from satellite operators to investors, and this is why it is such an important topic.

Obtaining access to those most vital frequencies is seen as high art by some and as voodoo by others. Yet, if you take the time to understand what is actually going on, it can be a deeply fascinating and ultimately transparent process. There is a lot of relevant history out there surrounding satellite filings and if you’ll allow me to delve into recent events, we will try to expound upon them, see their impact on the potential future, and shed light on what is going on today.

Before commercial satellite operators were instrumental in creating today’s industry, the market was served by inter-governmental organizations (IGOs) such as Intelsat, Eutelsat, Intersputnik, and Inmarsat, some of which are today private companies. In the early days of the industry, there was an informal ‘gentlemen’s’ agreement’ where those administrations responsible for IGOs made satellite filings purely to meet the needs of those organizations.

Once access to orbital positions/frequencies was fully commercialized, many sought different approaches to seek greater commercial opportunities. This led to the situation that we have today – where we find the geostationary orbit very much congested and difficult to access the finite amount of frequencies associated with satellite services.

The ITU and national administrations have worked proactively to tackle the congestion in the arc and filing process. This is why today we have due diligence processes for satellite filings at national administrations and at the ITU to try to sort the wheat from the chaff. The additional workload created at the ITU resulted in charges being levied on those making satellite filings. It is very much a case of cause and effect. 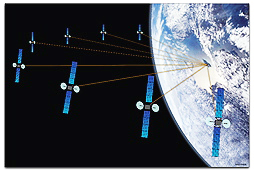 Filing is also a competitive process, as of course all commercial operators in many different countries compete to gain the best orbital positions and frequencies to meet their business needs. Yet at the same time, these commercial operators, and those in associated businesses often band together to work well as an industry, for example, when facing encroachments upon our limited frequencies.

Radio frequencies are a valuable and finite natural resource and the demands upon their use are increasing almost daily with every new digital technology that rolls out. There is only so much spectrum. We can’t make any more. We often see the terrestrial sector that we serve as an industry competing with the satellite sector for access to spectrum. For example, in recent years the satellite industry, working together as a collective, fought off encroachment of mobile services into the C-band. This showed us that we have to defend what spectrum we have while working to gain access to new bands to allow the growth of our own businesses. We cannot take spectrum for granted. 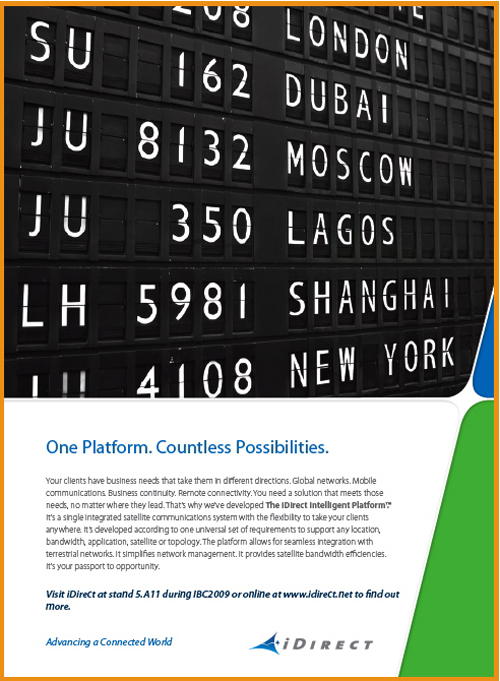 When looking at spectrum concerns there are a whole host of issues and contributing factors, both space-based and terrestrial-based, and it’s not just the focus of the ITU, but the whole scope of the sector that we have to consider. We can’t hope to cover them all here, but we will try to touch base on some relevant examples. Nothing is ever perfect, but the system does work.

Another area of recent activity is in the realm of ‘phantom’ satellites, orbital filings where a nation has Brought Into Use (BIU) an orbital filing, yet where no satellite actually exists. The recent ITU Circular Letter # ‘301’ addresses this and is asking for every national administration in the world to re-examine their satellite fleets and orbital filings to ensure that they tally with reality. Another hopeful freeing up of a vital resource from which we can all benefit.

For example, we can see this in another recent development, where the European Union has taken steps to assign frequencies/orbital positions for EU wide satellite applications, for them a next logical step onwards from their terrestrial work. However, what might work well for terrestrial cell phones or for broadcasting on the ground, doesn’t always work well in space and is inconsistent with the ITU process established under an international treaty. We can never take our eyes off the ball, not even for one moment.

It can be said that ‘change is the only constant’ in satellite filing. As the ITU and our national administrations work to adapt the filing process to meet and serve the ever evolving spectrum environment, we find ourselves facing the fact that we have to work with them on this.

At the end of the day, ours is also a small industry and this is especially so in the arcane realm of orbital filings. I’ve been fortunate to have spent time working in politics in both Washington DC and in Westminster and I can honestly tell you that the negotiating and diplomacy I witnessed there are nothing when compared to the skills I’ve seen displayed by the regulatory teams around the table at a frequency coordination meeting. If you ever have the chance to attend such a meeting, I would highly recommend it. It is at the same time both enlightening and heartening to see the experts, regulator and commercial counterparts alike, at work. Professionals competing for a resource, yet cooperating to make it happen: it gives true meaning to the word integrity.

The satellite industry is somewhat unique in that we work more closely with the ITU than almost any other industry in the world. Our use of radio spectrum crosses continents and connects them and is truly international in nature. It’s unique in that the ITU maintains the Master Frequency Register for our orbital filings. It gives our industry a unique perspective that can be most valuable.

Spectrum is also increasingly scarce in orbit. Nations compete for it. We compete for it. It drives our industry. Yet, it is a part of our industry that is known and understood by relatively few. We tend to focus on the satellites and launch vehicles, and on the revenue, which is all good and well. Yet you’ll see that those companies who also focus on the frequencies are usually those who are leading the market.

These companies also tend to be the leading voices via the industry’s various associations, who are the focal points for the coming together of the industry to discuss and to act upon its frequency concerns: the European Satellite Operators Association (ESOA); the Cable & Satellite Broadcasting Association of Asia’s (CASBAA) Satellite Forum; and the U.S. based Satellite Industry Association (SIA).

One of the better ways to understand the issues around orbital filing and radio frequencies is to get involved with, and to support, these and other industry associations. We can’t expect the ITU to solve the issues for us; instead we have to work with them to solve them together for us all and we can achieve this by becoming more engaged in the radio frequency process via our industry associations.

Yet, do we really want a perfect regulatory world? An awful question to ask, I suppose? How nations approach the ITU filing process does differ. These nuances do make a difference. Satellite filings are the keystones for any satellite venture. Satellite filings are obtained by working with the ITU via a national government. Jurisdictions around the world compete for this business. ManSat works on behalf of the Isle of Man in this regard. ManSat believes that although the system is not perfect, it works reasonably well, and it allows for competition which ultimately benefits the market

In closing, it’s always easy to criticize any organization or any process, but at the end of the day we must remember that those working at the ITU and as our national regulators are doing a great job under increasingly difficult circumstances. These are people who work hard with very limited resources to make our work possible. Given the importance of radio frequencies, it would come as a shock to many at how little resources our national and international regulators have to work with. There are so many competing demands, yet the regulators have to balance all of them. It is increasingly a very difficult, yet ever more important role that they play.

The closer you work with your respective regulators the better you are able to ensure that they understand your needs. They can’t represent you if they don’t know what your needs are. The Satellite Filing process is a superb example of such a relationship where those who successfully work in transparent partnership with their regulators progress at all levels, and it must always continue to be a partnership as opposed to an adversarial relationship. 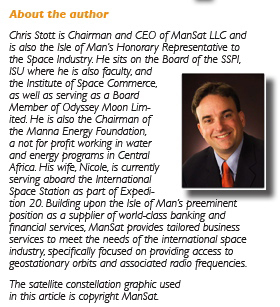 Every question our industry faces in the future as it continues to grow hinges around the use and growing scarcity of spectrum, which in turn depends greatly upon the smooth and rational functioning of the regulatory processes with which we continue to work. How will we integrate Space Based Solar Power into the geostationary arc? How will we land their power signals into an already congested terrestrial frequency environment? How will we commercialize the Moon and the space between it and the geostationary arc? Yet these are just two of many new ideas being pursued by venture companies today that could be the new ‘Googles’ of tomorrow.

One final thought is that your regulators and frequency experts have been doing too good a job. No, really. They have been working so well that the rest of the world, let alone the rest of the industry, often forgets that they are there and their work goes unnoticed. They make the impossible look easy. It’s always about the frequencies…