twofour54’s sparkling new Abu Dhabi ‘intaj’ facility was opened Sunday, September 27, at a VIP-rich event, and promising to bring a fresh approach to Middle East production and post-production demands. Tony Orsten, CEO at twofour54 (named after Abu Dhabi’s 24 degrees North, 54 degrees East geographic coordinates) said the studios were not just to create extra hours of new MENA content, important as that is. “Today’s launch introduces the final component of twofour54’s content creation community, which is designed to facilitate the development of a sustainable media industry in the MENA region.” 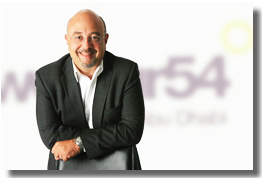 “We have in our region around 330m people, 60 percent of whom are under 25 percent,” Orsten explained, adding that some 450 people had already ‘graduated’ through the company’s ‘tadreeb’ training academy helped by its partner organisations such as the BBC and Thomson Reuters. Orsten said that training was the bedrock of what they were doing, of people coming into media and for those already working but who wanted to improve their craft skills as well as improving their understanding of broadcasting. “This will lead to new businesses here.”

But he stressed that buildings, and facilities like those at twofour54 were also important so that programming could be made. “We are a content creation community. Our media partners help make that possible,” he explained. “Our media partners, whether in the shape of CNN, or the BBC or Harper Collins, they take part in our work and people like CNN, as well as building their own facility here, will also take our young people. They’ll be part of the training process, taking interns into the system, from the region, and in order to learn more. Every media partner present with us has a similar commitment to participation.”

Orsten declined to supply the full list of an anticipated roster of 66 such partners, but said many were major names and announcements would be forthcoming soon.

At twofour54’s heart is a six-studio complex, available on a ‘wet’ or ‘dry’ basis, and complete with edit suites, post-production facilities, sound, graphics, and all the other elements expected by today’s demanding producers. The six studios are headed by a 650 sq m beast, a pair of 280 sq m spaces (both already fully hired) and two 60 sq m ‘babies’, each fully equipped with Sony HDC-1500 HDTV cameras, and the sort of technical provision that would make any studio manager green with envy. “And not a tape machine in the building,” said Orsten. 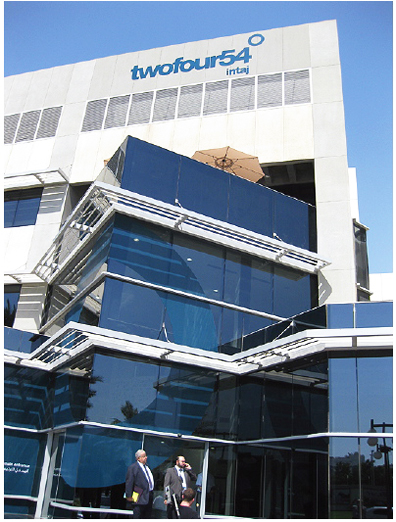 OB facilities are also to hand, based on Sony’s HDW-F900 kit. The building is fibre linked to an Airspeed/Omneon system for ingest and playback in or out of Studio 1 and the other studios. There are similar links to a cluster of giant satellite dishes for reception and transmission, either for DTH or occasional use demands. As far as post production is concerned, there are 22 HD server-based suites, 13 of which look after video editing, 4 for audio, 4 for graphics and one dedicated to high-end finishing and compositing. There is no favouritism between Avid and Apple (FCP) editing because they employ both!

Twofour54 is also looking to tap into the explosive growth of local channels out of the region. Its near-neighbor, Dubai, is uplinking hundreds of channels onto Nilesat and Arabsat. Twofour54 has anticipated demand and pre-installed encoding, multiplexing and encryption kit ready to handle DTH clients.

Indeed, it is difficult not to be dazzled by the fit-out, both in terms of the physical buildings but also in regard to the standard of ‘back stage’ decoration where seemingly just about every fixture is chromed and polished to a sparkle, and including purpose-designed signage and a degree of planning that’s rare in the business. 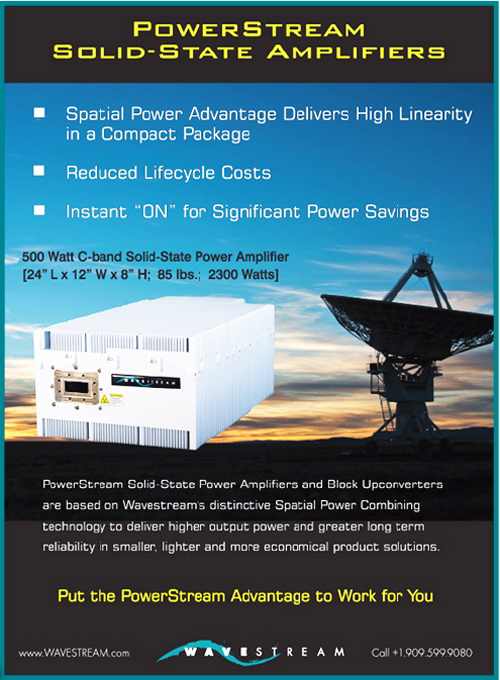 But there’s more. Just 3 miles away at Khalifa Park, adjacent to the city’s National Theatre site, twofour54 has another complex of buildings, including an impressive Penthouse studio being readied for CNN’s new Middle East operational hub. From this set of buildings some 20 channels can be ingested and played out to fibre or satellite — again all in HD if needed, and Orsten said they are very much aware of 3D in the production matrix.

But perhaps even more important than the bricks, mortar, glass and thousands of miles of fibre, is a fresh approach to permitting freelance staff into the Emirate. Nearby Dubai, itself no slouch as far as media development is concerned, charges freelancers a 24,000 Dirhams (about US$6500) annual fee in order to work in the Emirate.

Orsten, while not putting a price on the anticipated charge for Abu Dhabi hinted that it would be “very competitive” and will be formally announced at the end of October. Freelancers can then get a UAE residence visa and be eligible to work at twofour54 or any of company’s partners — including Abu Dhabi TV, CNN, Atlas TV, C-Sky Pictures, or the other partners already in train but not yet announced. 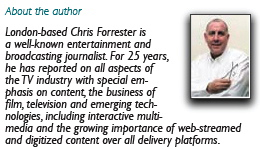 And there’s more again. For all this investment is just a down-payment on an, as yet, un-built new purpose-built facility at Mena Zayed which will open in about five years time. Work is already underway at what will be a spectacular water-side city, linked by a 12-lane motorway to Abu Dhabi. The MGM Grand Abu Dhabi is but one new addition to the site now under construction as part of a 25,000 sq metre retail complex which sits within a brand new city for the region. Orsten said the initial 10-year plan, at least for twofour54, seeks to create a unique ecosystem of skills and talent, of buildings and of content making and programming rights. “This is just the beginning.”