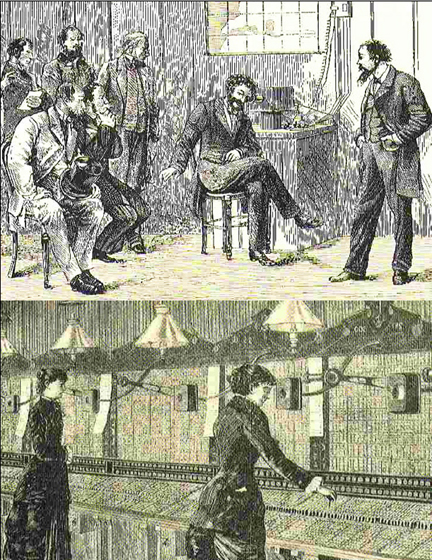 Today, it’s all wireless. Whether pointing a dish at the sky, making a 2G or 3G mobile phone call, or connecting to a WiFi or WiMAX hub, it’s all about the magic of radio waves. And yet, until fairly recently, the three forms of wireless existed in separate silos, unable to make the connection.

As urban and suburban markets have reached maturity around the world, mobile carriers are increasingly turning their attention to rural markets in the developed and developing worlds. This trend coincides with the realization among business executives that there is tremendous economic potential locked up in poor countries if we are just clever enough to find ways to unleash it. Individuals may have low incomes, but they value communications highly and their cumulative demand can be substantial. Just ask the people at Télécom sans Frontiéres, who began in 2004 to bring satellite phones to disaster areas and offer victims a free 3-minute phone call anywhere in the world.

Satellite technology has become one of the keys for unlocking the rural market. Taking the place of terrestrial circuits, it can link base stations in the most remote locations imaginable. The challenge has always been to make efficient enough use of costly satellite bandwidth to create a paying proposition for both customers and carriers. 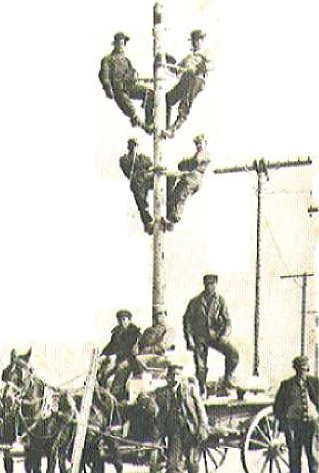 That challenge is being met in deployments around the globe. It requires the latest in dynamic bandwidth allocation technologies as well as a great deal of expertise in making otherwise incompatible protocols play well together. But from the Caribbean to Alaska, carriers are expanding their networks on a satellite backbone and using hosted services to cost-effectively augment their own infrastructure.

GSM & CDMA Services In The US + Caribbean
Recently, a US-based mobile operator faced challenges in both domestic and Caribbean markets. In the US, the company wanted to extend its GSM coverage to areas with no backhaul infrastructure or affordable switching solution. In the Caribbean, they need to expand a CDMA network while finding a more cost-effective way to handle backhaul and switching.

For both problems, the answer was Globecomm’s SatCell. We provided satellite-linked base stations that connected through Globecomm’s teleport in Hauppauge, New York, to our state-of-the-art mobile switching platforms. Without major capital investment, the operator is now providing new subscribers with GSM and CDMA services, with 2G service and 3G capabilities including voice, voicemail, SMS, MMS, GPRS/EDGE, UMTS, prepaid and post-paid service, E911 Phase 2, CALEA — the list goes on and on. When these GSM and CDMA subscribers hit this operator’s network, they are switched by us, but the revenue flows to the operator

Digital Services In Rural Georgia
The business model that works in the Caribbean also works in rural Georgia. Many rural areas in the US are served by local carriers who face the challenge of keeping up with the digital revolution without the deep pockets of a national company. We helped one carrier there, which had a successful TDMA business and a GSM license, to start tapping roaming revenues.

The high costs of a new GSM switch and gateways, plus the regulatory requirements affecting them, were high barriers to entry. My company was able to put them into the GSM business by hosting them on our state-of-the-art GSM core switch and providing both terrestrial fiber and satellite connectivity to our teleport. In addition to the full digital capabilities of their hosted GSM network, the carrier now has a cost-effective forward path to LTE, the emerging wireless broadband standard, without the need to replace switching infrastructure in the future.

Bringing Mobility To The Village
In 2006, Alaska’s leading integrated communications carrier set out to create a level playing field for its customers, whether they live in the state’s coastal cities or deep in its rugged interior. It was a striking vision: a single high-capacity, IP-based network serving all of General Communication’s (GCI) subscribers and capable of supporting the advanced data and video technology emerging from the laboratories of industry leaders such as Ericsson.

We were asked to build a rural network serving 200 rural villages. Many of these sites are accessible only for six months of the year due to freezing temperatures and heavy snowfall. Bringing electricity to them, and keeping equipment warm through outages, were major issues. So was their location near the Arctic Circle. Satellites in GEO orbit have a tough time reaching so far north because of the curve of the earth. GCI’s service area was right at the limit of territory that can be served via satellite. In fact, our planning assumed that the network would go down from time to time — which does not comply with FCC E-911 regulations, nor maintain the all-important connection to the cellular home location registry (HLR) that authenticates roaming subscribers.

The solution took a new approach to base station design. We used software-defined radios that could receive firmware updates through the satellite link, saving countless service calls. We equipped each base station with its own IP media gateway and HLR. The effect was to create a distributed switching system, in which each base station operates independently as well as interfacing with the core switch in Anchorage. If the satellite link goes down, local service continues, not only for those who make that area their home but also for roaming visitors. When the satellite link comes back up, the local media gateway restores long-distance service and re-synchs to the HLR at the core.

In rural markets, communications can be more than a matter of convenience. One village customer of GCI went out hunting on his snowmobile, only to have it break down. The temperature was 30 degrees below zero and he was an hour’s walk from town. But he was able to call a friend who brought him a replacement part on another snowmobile. It probably saved his life.

Wireless IP In Paradise
For one of the largest mobile carriers serving the Caribbean and Central America, we have long functioned as their “satellite guys.” We have placed SCPC terminals for international traffic into islands and small national markets throughout the region. But as the company expanded into countries with a bigger geographic territory, we suggested to them that SCPC was no longer the most appropriate answer. We proposed, instead, an all-IP demand-assigned TDMA network design. The reason? SCPC uses fixed-capacity links, which can be a poor match for the dynamic bandwidth usage of a mobile network. Switching to demand-assignment would sharply reduce bandwidth requirements.

The company was not thrilled at the idea, as they had experimented with a TDMA design from another company. The results were bad enough to make them swear off any technology but SCPC for satellite backhaul.

We persisted — putting a satellite link into the middle of a city to handle all the traffic from a terrestrial network is a perfect SCPC application. But if satellite is serving base stations in remote locations, trunking E1s is grossly inefficient; there are only a few peak hours a day when you get your money’s worth from the link.

Eventually, we persuaded them to try it. The results were two all-IP C-band networks in Central America, capable of voice, SMS and 3G data to the in-country hub, which would continue to use SCPC for the aggregated international traffic. 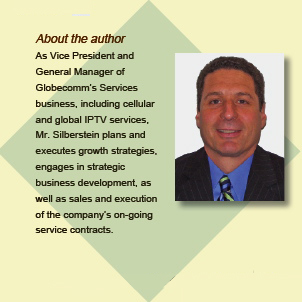 The design was actually a hybrid. In a TDMA design, the remotes share a pool of satellite bandwidth with the hub. This saves money and provides great flexibility. However, there is always the possibility that one or two of the circuits will get really busy and soak up most of the bandwidth, starving the other remotes. We designed the system to allow the customer to remotely reconfigure any remote to an SCPC circuit. If one part of the service area is spectacularly successful, it would not bring down the whole network.

Serving rural markets does, indeed, have its challenges. Reaching some sites in Central America required travel in a chartered plane and canoe, with a long walk at the end. At one site, our engineer was riding shotgun with a Cessna pilot when the plane overshot the runway. It went crashing into bushes and trees and stopped just ten feet short of a river. Our man was injured. What was he going to do? No plane, no hospital — ended up he and the pilot hiked one hour to the site, completed the installation and waited until the next day for a plane to pick them up. We were extremely glad to get him back in one piece.