Imagine flocks of small satellites (smallsats), hundreds in number, orbiting around Earth right now… satellites that are the size of a youngster’s play action figures. 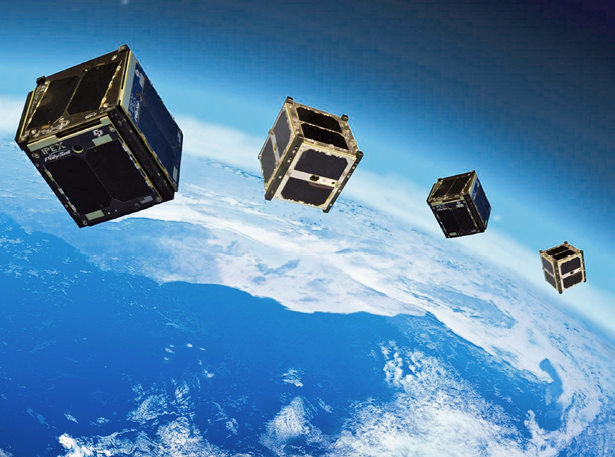 Artistic rendition of CubeSats in orbit. Photo is courtesy of NASA.

Almost two decades ago, smallsats were merely ideas on a paper. Then these tiny spacecraft began to take shape, thanks to California Polytechnic State University (Cal Poly) and Stanford University, institutes of higher learning that developed the specifications for what are now known as CubeSats, intended for space research and exploration.

For the past two years or so, the smallsat market has been moving along an accelerated growth path, with a record number of them having have been launched during the first half of 2017. The global smallsat market is expecting tremendous growth, with the market estimated to reach $6.35 billion by 2021, according to BIS Research.

The market will grow at a CAGR of 37.91 percent during the time period from 2017 to 2021. The next five years will witness a steep rise in the number of launches of smallsats as the world accelerates the application of smallsat technology solutions to various programs and products.

Smallsats have been widely used in academia for various spatial research purposes for many years and are now being demonstrated as viable tools for weather forecasts, Earth imaging, and so on. Smallsats are proving to be a boon for space exploration as well as for the communication sectors as theses spacecraft are efficient and cost-effective. 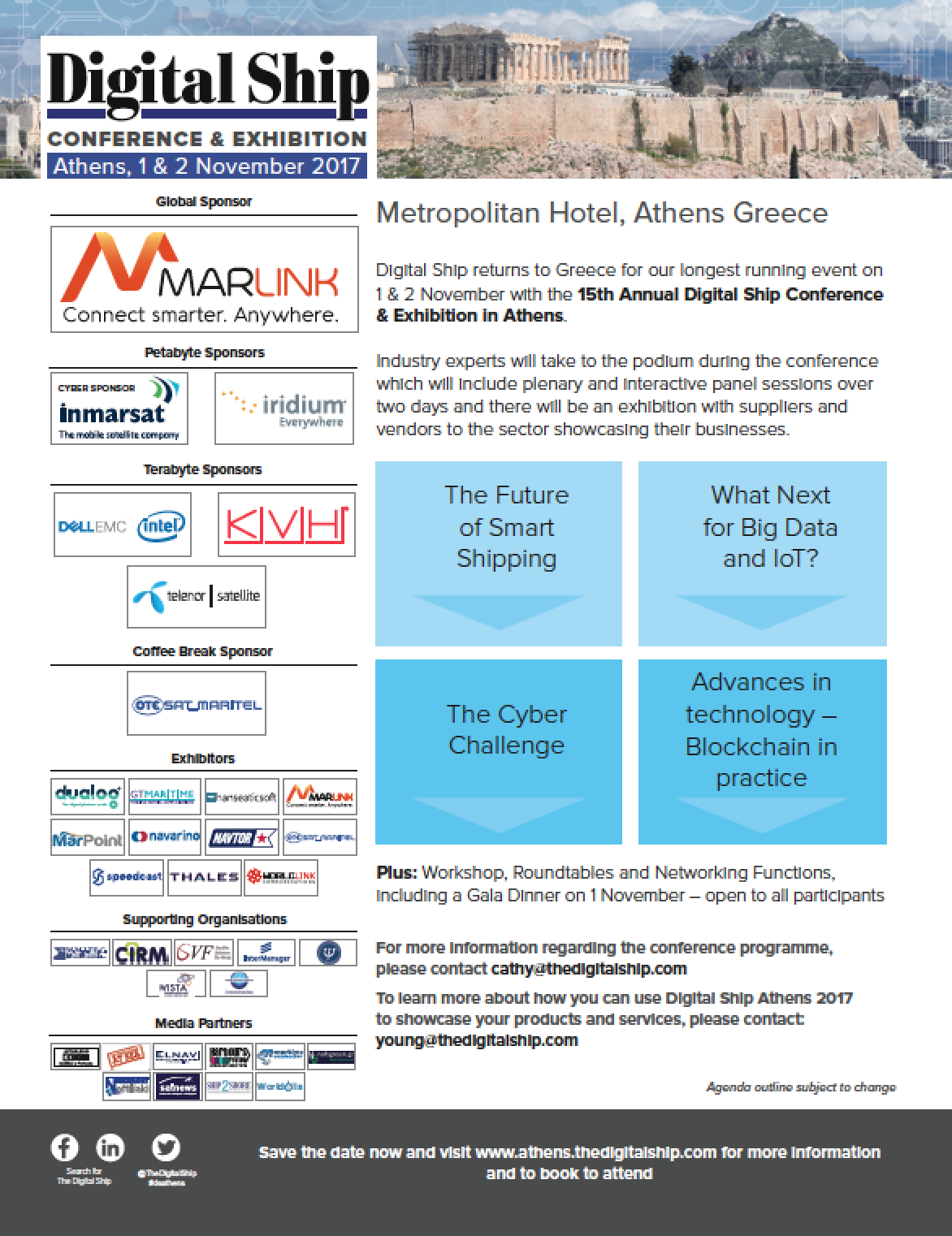 On June 23 this year, 30 smallsats were successfully launched by the Indian Space Research Organisation (ISRO) into Low Earth Orbit (LEO). This payload included six satellites from the company Breakthrough Starshot called “Sprites.” Each Sprite is just a 4gm flake of a circuit board that is 3.5cm on a side, comprised of solar panels, computers, sensors and communications equipment.

These satellites are the smallest to have orbited around Earth. The Breakthrough Starshot project, backed by the most famous cosmologist of our time, Stephen Hawking, aims to send a fleet of these small spacecraft to the closest star system, Alpha Centauri, which is located about 4.37 light years away from Earth.

Several established companies, as well as startups in the aerospace industry, are looking forward to developing their own small-sized launch vehicles that will be targeted to launching CubeSats into LEO.

One such example is Fleet Space Technology, based in Australia and founded in 2015. This company is vying to solve the demand of connectivity for the ever-increasing number of Internet of Things (IoT) devices finding their way to market. As the firm states on their infosite, “Our mission is to Connect Everything, using cutting-edge communications and space technologies to maximize the resource efficiency of human civilization and enable the next induwstrial revolution with our free, ubiquitous connectivity platform.”

These small spacecraft are evolving rapidly, thanks to the formidable advancements in technologies for satellite subsystems, such as 3D printed electronic satellite equipment, onboard internet system, agriculture management and natural resource identification as well as electronic and propulsion systems.

The extensive demand for smallsats has also been noted in the defense and security segments for use in various applications such as intelligence, surveillance, reconnaissance, and navigation — the North American and European regions currently lead this market. 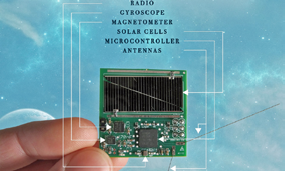 Kestrel Eye, an electro-optical smallest developed by the U.S. Army Space and Missile Defense Command, was launched by SpaceX in August and was developed by relay orbital reconnaissance imagery directly to warfighters on the ground, rather than through ground stations that are based in the U.S. The U.S. Army states that at a price of approximately $2 million each, more smallsats with military capabilities can be readily launched more rapidly, as opposed to the more conventional satellites.

According to the analysts at BIS Research, “Among applications of smallsats, the communication segment is expected to foster a high growth rate of 46.61 percent in the market, owing to an increasing number of small satellite constellation systems for varied applications. Companies are building large clusters of smallsats, primarily to facilitate communication services for mobile connectivity and access to the internet.”

The estimate is that by 2050, nine billion people will inhabit the Earth. As a result, the pressures on the agricultural industry will increase, along with the crucial need for water sufficiency.

IoT is poised to play a major role in monitoring the processes involved in these areas, such as production, processing, shipping, security, and more. The functionality of IoT will be facilitated by smallsats, as that market segment requires low bandwidth and will be far more efficient in covering wide areas from their LEO orbits when compared to the use of WiFi on the ground.

Numerous countries are investing huge amounts of their resources as they tackle space-based solutions for research and development — now, even less developed countries such as Nigeria and Bangladesh are successfully launching their own smallsats. The comparatively low price for the development and launch of smallsats also provides a cost-effective platform for training and research. 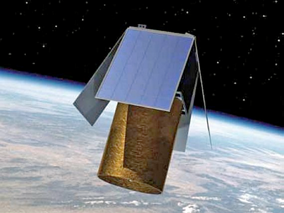 The increasing need for satellite miniaturization and the enhanced capabilities of electronic technology have boosted the demand for smallsats across the globe. The demand for smallsat constellations continues to grow and the industry is facing various challenges in meeting this rising demand to develop safe, low-cost and small payload spacecraft to launch for orbits far beyond LEO, as well as designs being considered for these spacecraft to assist in cleaning up dangerous space debris.

Countries are increasing their interests in smallsats and are expected to create a pool of lucrative opportunities for new as well as existing actors in this market. According to BIS Research, the nanosatellite market reported a revenue of $127.20 million in 2016. Over the coming years, the government will emerge as the highest revenue generating end-user segment by 2021, accounting for 24 percent of the overall market share in 2015.

The need for instant connectivity and efficient GPS for various purposes has set the smallsat market on a stride toward even greater utilization. The commercial end-user market is estimated to register the highest growth in the smallsat market, owing to the development of new and diverse satellite applications that will address communication, remote sensing, Earth Observation, and navigation for use by commercial industries such as IT & telecommunication, agriculture, mining, and oil & gas, according to BIS Research.

North America has always been at the forefront of technology developments — and that statement also applies to smallsat technology. The U.S. government’s budget for the  space industry accounted for 13.8 percent of the global market and that percentage is expected to increase over the coming years.

The U.S. employs the transformational developments created by NASA and American entrepreneurs — all are highly motivated by their desire to explore space through the deployment of cost effective small satellite constellations. Increases in investment and research activities by the government, as well as the companies in developing enhanced satellite subsystems, such as solar electric propulsion system, laser communication system, and more, is expected to foster the high growth of the North American smallsat market over the next five years.

The space industry is driven by the demand for increased connectivity for smart devices, Internet of Things (IoT), increased data analytics, and migration to streaming broadband. Governments and the companies in the global space industry are investing in new space infrastructure, especially in smallsats.

Companies are also focusing on developing efficient subsystems to decrease the size and complexity of their space ventures, thereby facilitating the use of smallsats. This environment is driven by a staggering number of startup companies who are venturing into the market and succeeding in providing highly useful satellite applications, such as broadband communications, remote imaging, navigation, and much more.

In the last 50 years, 38 pico satellites, 680 nano satellites and 860 microsatellites have been launched, worldwide. An estimated number of more than 3,600 small satellites, including nano, micro, and pico, are expected to be launched over the next ten years.

The advanced concepts of a connected world and interstellar missions have become far more viable with the advent
of smallsats.
bisresearch.com/industry-report/global-small-launch-vehicle-market-2026.html