An increased need for satellite transponder bandwidth is being driven by greater use of Full-Motion Video (FMV) gathered by Unmanned Aircraft Systems (UAS). Intelligence, Surveillance and Reconnaissance (ISR) systems collecting mosaic wide area imagery are accelerating the pace at which bandwidth is required. 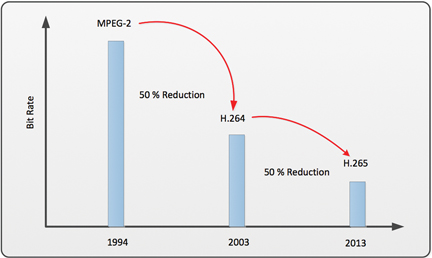 The situation is further compounded by the proliferation of Very Small Aperture Terminals (VSAT) requiring higher performance satellites which further worsen the scarcity of usable bandwidth. Approximately 80 percent of all data carried on the Internet is video, with estimates used by the military falling into a similar range. In short, there is an insatiable demand for video which is a prime consumer of satellite transponder bandwidth. To a significant degree, the military has supported satellite transponder bandwidth requirements with the use of commercial satellites. Funding for commercial satellite bandwidth has been obtained through Overseas Contingency Operations (OCO) accounts which are being considerably reduced. For reference, the 2012 OCO enacted funding for Operation and Maintenance vs. the 2013 request is 23.3 percent lower. Consequently, the Pentagon may not be able to meet their demand for commercial transponder satellite bandwidth in the future.

High Efficiency Video Codec
Enter a new High Effieciency Video Codec (HEVC) standard, otherwise known as H.265. The techniques defined in the standard have the ability to reduce video data rates by as much as 50 percent as compared to the most current H.264/ AVC (MPEG-4, Part 10) standard, and as much as 75 percent opposed to the older MPEG-2. (See Figure 1)

HEVC/H.265 is an open standard defi ned by the ITU-T Video Coding Experts Group (VCEG) and theISO/IEC Motion Picture Expert Group (MPEG) and was ratifi ed in January of 2013. The standard is maturing with additional capabilities being incorporated. Manufacturers are also currently demonstrating products using this codec.

The Compression Factor Video compression (data rate reduction) is achieved by eliminating temporal and spatial redundancies. An encoded Transport Stream is used by a decoder to recreate an approximation of the original video. H.265 is an evolutionary standard which exploits similar techniques as employed in MPEG-2 and H.264 but to a more elaborate degree.

H.265 specifies decoder syntax but does define how an encoder is to generate the related Transport Stream. For this reason, not all encoders are created equal, with individual manufactures determining how to best implement the H.265 toolsets. The increase in encoding complexity requires processing power 3 to 5 times that of a H.264 encoder and lends itself to parallel computing. The H.265 encoded video is designed however to operate on handheld devices, media players, Set Top Boxes (STBs) and other types of decoders.

Due to the dramatic impact H.265 can have on reducing transponder bandwidth, it is anticipated SATCOM will be an early adopter of H.265. Further, by use of transcoding, the existing ground receive infrastructure can be maintained while achieving the much needed bandwidth savings. Watch for initial H.265 SATCOM deployments during 2013.

About the author
George Mancuso is the President and principal consultant at DivSat a solutions. His background includes various government projects involving the Army, Navy, Air Force and the National Laboratories. George's Satcom experience includes the development and deployment of earth stations throughout the world ranging from small aperture terminals to major 21 meter major path Earth Stations. He played a significant role in the deployment of the fi rst practical Standard and High Definition Television encoders to enter the broadcast market and has continued involvement with advanced video codec's. For additional information regarding this article, contact gmancuso@divsat.com.

Editor's Note
To learn more about satellite communications and its application and use by military, government, NG0 and first responder agencies, read MilsatMagazine each month. 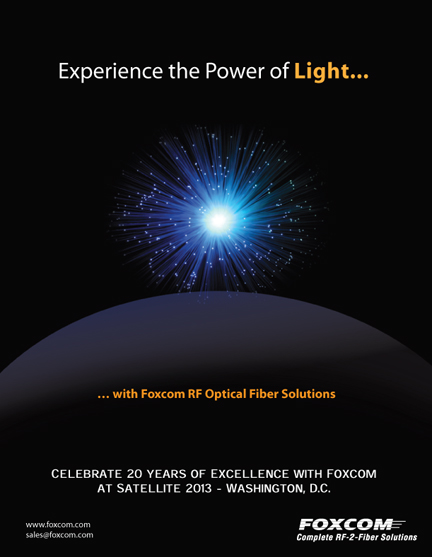