Back in the mid nineties, if you had rated on a scale of one to ten the prospects of the Isle of Man developing a successful space and satellite industry, most savvy observers would probably have opted for a figure near to zero. 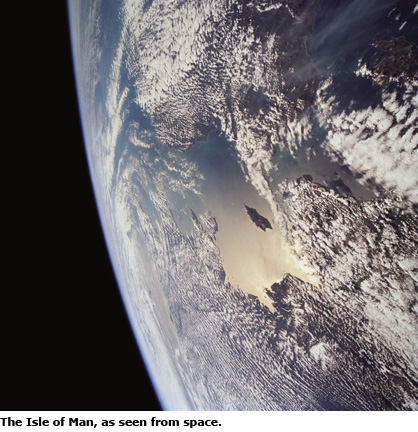 Let’s fast forward to the present day—this tiny island jurisdiction at the heart of the British Isles is up amongst the front runners in terms of commercial space achievement. The Isle of Man has become one of the sector’s unlikeliest success stories and this upward trajectory shows no signs of slowing down.

To put this into context, in terms of the speed of its commercial space industry development, the Isle of Man stands second to the 1960’s Apollo programme. No mean feat, especially when you consider the island’s entire population is little more than 80,000.

Today, four of the world’s top 10 satellite companies are represented on the island and, currently, there are 11 satellites in orbit owned by Manx based businesses. Furthermore, 14 percent of the UK’s Registry of Space Objects are either owned, or operated by, Isle of Man companies.

Only two countries, Canada and France, have a larger alumni database graduating from the International Space University (ISU) than the Isle of Man’s, which is now running at more than 100 in number.

In 2008, island based space and satellite companies had a combined turnover of 62 million pounds. Although far from shabby, the projections for the next three years are set to leave that figure trailing in the distance. For the period 2012 to 2014, official forecasts predict that a staggering 1.6 billion pounds in turnover will be generated by the sector.

“It’s a record of growth and development of which we are extremely proud,” said the Isle of Man Government’s Director of Space Commerce Tim Craine. “There is no doubt that the space and satellite sector is becoming an increasingly influential part of our economy.”

What lies behind the island’s unparalleled emergence in the space and satellite industry?

“Fundamentally, the Isle of Man has long been recognized as one of the world’s best regulated, low tax offshore finance centres and an attractive and competitive jurisdiction in which to do business,” said Tina Rawlinson, Director of Cavendish Trust, one of the island’s leading trust and corporate service providers that now provides specialist assistance to companies in the space and satellite sectors. “We have a can-do approach to business here and a very exciting blend of entrepreneurial flair and spirit. Combined with a supportive Government, this has allowed the space industry to flourish here.”

If there was a proverbial light bulb moment for the island’s space business, then such may well have arrived in September 1995. At that time, Manx born Chris Stott, now a leading space entrepreneur, was attending the first Masters programme at the International Space University. “It was an opening lecture being given by Professor Ram Jaku of McGill University,” Stott recalled. “He was teaching on the new use of alternate jurisdictions to the United States for orbital filing, such as Hong Kong with AsiaSat, SES and Luxembourg, GE Americom with Gibraltar and others with Tonga.  It got me thinking. Why not the Isle of Man? Surely we can do this better?”

The following October and November, after graduating and while waiting for his U.S. Green Card to join the U.S. aerospace company McDonnell Douglas, Stott arranged meetings with the Isle of Man Government to discuss the practicalities of handling satellite filings from the island. Although the Government was intrigued by the idea, the general consensus was that it was too big a financial risk to take, given the level of expertise required to make the project a success. “There was certainly some feeling of doubt from the then civil service as to the merits of the value of space markets to the island,” said Stott.

Instead, it was proposed to establish a Public Private Partnership (PPP) between the Government and a newly created entity, called ManSat, which would shoulder the financial, market and regulatory responsibilities of managing orbital filings, take care of compliance and, where required, raise private capital to develop the market. In turn, they would pay a licence fee, based upon taxation, to the Isle of Man Government.

Around the turn of the millennium, ManSat requested a sole and exclusive arrangement to allow it to compete for business from the 14 major satellite companies who had shown a predilection at that time to leave their home jurisdictions.

In June 2000 following the verbal go ahead from Government and Communications Commission, Stott took the decision to work full time for ManSat where he remains the organisation’s Chairman and CEO. In 2001, ManSat signed its first client, Loral Skynet (now Telesat) and the first satellite filings were made that September.

The PPP has demonstrably allowed the Isle of Man Government to translate what has historically been a public sector risk for other nations working in the space industry into a revenue generator for the Treasury. Since 2005, the Government has received 36 million pounds from the sector. “That may not sound [like] a huge amount but the profile we have gained since becoming a space isle has been disproportionate and impossible to place a value on,” said Craine.

From the Government’s perspective, the structuring of the partnership has proved to be an effective catalyst for growth. “Rather than needing to create a new branch of Government, with the all associated costs of hiring highly specialized and skilled staff, as well increasing the size of the Communications Commission the Government instead has been able to outsource this compliance activity to ManSat. This has generated income for the Government, without any additional cost and risk,” he added. 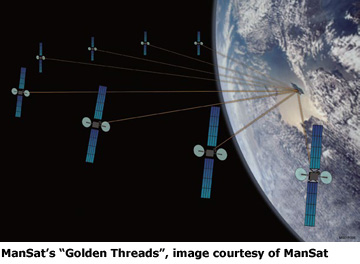 In Stott’s opinion, through the PPP arrangement, the island has been able to harness the power of the market to create a flourishing new space and satellite economic sector for the Manx economy. “It has been the catalyst for gaining a competitive edge and become more attractive to satellite operators wishing to make orbital filings,” he said.

In 2004, with increasing interest in the island being shown by space companies such as Inmarsat and SES, the Manx Government extended its formal agreement with ManSat to file for orbital slots on behalf of all Isle of Man based companies. That same year came a pivotal moment, with the Treasury agreeing to provide assistance for the growing space industry, by announcing that there would be a zero percent corporation tax rate for Isle of Man space activities.

By 2005, the Government’s Office of Space Commerce was formed, with Tim Craine as its Director since its establishment.It was during this period that ManSat created the successful SpaceIsle.Com marketing concept.

There are now 35 sector specific companies operating from the Isle of Man, 22 of whom have arrived since 2005. At least 120 people currently work either directly for space and satellite companies, or in specialised supporting roles, providing those operators with vital legal, trust and regulatory services.

“Due to our strong association with the finance sector, it is advantageous that the island has in place a highly professional and established network of service companies, which are able to support the space and satellite industry here,” explained Rawlinson, who is herself a graduate of the ISU and, along with senior staff at Cavendish, is also a member of the SSPI.

In 2009 the establishment on the island of the Space Data Association took place as a leading international not for profit organisation and, likewise in 2011, by the Satellite Interference Reduction Group.

Also in 2011, the Economic Policy Centre of the London School of Economics (LSE) cited the island as being the example to follow for a successful space industry. At the same time, the ASCEND report said that the Isle of Man was the fifth most likely to return to the moon. This year has also seen the first Isle of Man Chapter of the SSPI.

The calibre of space businesses now settled on the island is impressive. The latest arrival is NanoRacks, who have just announced that they are providing researchers with access to the extremes of space via their ‘Plug and Play’ microgravity ‘NanoLabs’ external research facilities, that can interface with the International Space Station’s power and data capabilities.

Craine, Stott and Rawlinson are adamant that to protect the quality and reputation of space companies coming to the Isle of Man, it is essential to maintain a strict regulatory process. “The ManSat PPP with the Commission is focused on compliance and adherence to best practice in international regulatory standards and, as a trust company, we wholeheartedly support this stance. I firmly believe that, alongside all the other benefits we have to offer, this is a major plus factor for companies considering having a base on the island,” said Rawlinson. 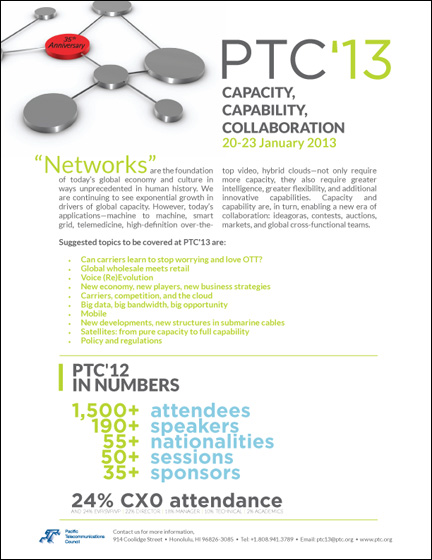