Curt Blake is the President of Spaceflight Services, and previously served as Senior Vice President and General Counsel.

Mr. Blake has led efforts to expand Spaceflight Services global network of launch service providers while building relationships with key commercial— civilian- and defense-related customers. Mr. Blake has more than 25 years of executive experience in high-growth and tech industries, with past experience including a range of senior executive and general counsel roles at Microsoft, Starwave, Corbis and Aldus.

Over the last three years, Mr. Blake oversaw Spaceflight Services first four commercial rideshare launches, on the Antares, Soyuz and Dnepr vehicles, from sales to mission management to launch. Mr. Blake is a current member of the Commercial Spaceflight Federation Board and contributor to numerous small-satellite conferences.

Mr. Blake, would you explain Spaceflight’s role within the smallsat industry?

As a launch services provider, Spaceflight has been assisting commercial smallsats access space for several years. From your perspective, what state is the smallsat industry in today? 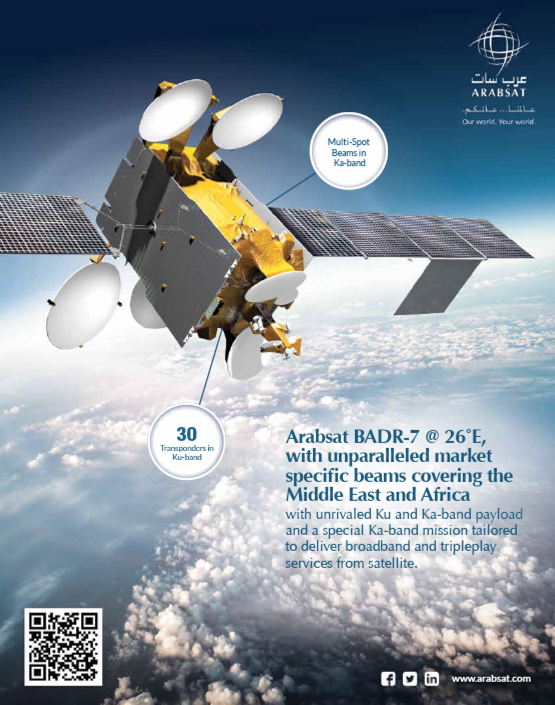 Curt Blake
The US is experiencing a remarkable resurgence in space—it’s a most exciting time for the industry. There are companies that want to put up small satellites to image the Earth in every spectral range, to sell weather data, to mine asteroids, to conduct experiments, to go to the moon and Mars. These are goals that have traditionally been the provenance of nation states, but US. companies are deploying enormous amounts of energy, talent and capital to pursue innovative business models and ideas. The creation of entirely new markets for the data and products coming from these payloads represents a resurgence of high-paying technical and manufacturing jobs here at home as well as an increase in export opportunities.

The commercial space industry is experiencing great momentum and success. What do you see as the key challenge facing smallsat operators?

While the space industry is making impressive strides, even the very best ideas have an Achilles heel—in this case, that’s launch execution and routine access. With the resurgence of the US space industry, there has not been enough US launch capacity to meet the needs of the smallsat industry. Smallsat companies represent a vital part of the new space economy and US leadership in space; some are even playing a critical role in protecting US national security interests. If these companies cannot get their payloads to the right orbit at the right time, they may go out of business before the domestic launch industry has time to catch up.

How has the lack of launch providers affected your business?

Curt Blake
Access to Low Earth Orbit for small spacecraft (those under 500 kg) is quite limited. In fact, in the past 18 months, the global launch options were so limited that we purchased an entire SpaceX Falcon 9, a vehicle with 10,000 kg of capability, to fly more than 20 small spacecraft.

However, just one commercial launch opportunity a year to the popular Sun Synch imaging orbit is not sufficient for smallsat companies that have different requirements for the success of their spacecraft. Some businesses need their spacecraft to reach a different orbit, or populate a constellation across multiple orbital planes. For some of these companies, being forced to wait an entire year to launch could put them out of business.

What do you propose to do to solve the launch issue?

If the US launch industry is as underdeveloped as you suggest, are we at risk of hindering the US launch market by sending launches abroad?

Curt Blake
Ironically, forcing small satellite payloads to use US launchers exclusively in the near-term may actually have the unintended consequence of wiping out some of those smallsat companies. If that were to happen, that would eliminate the potential future payloads that domestic launchers would need to sustain their businesses. Granting companies access to the global launch market will generate a catalyst to ensure future US launch companies have the demand necessary to grow the US launch sector.

Does Spaceflight currently assist US operators to launch with foreign providers?

Curt Blake
We seek US launch opportunities for our clients in every case. To date, Spaceflight has launched more than 80 small satellites for commercial companies and government agencies and has another 150 scheduled to deploy in the next few years.

To meet the needs of these smallsat companies, Spaceflight has scheduled, or will schedule, payloads on just about every existing launch vehicle including, SpaceX Falcon 9, Orbital ATK Antares, Soyuz, Dnepr and PSLV. We are currently engaged with all of the emerging smallsat launch service providers to procure launch services and very sincerely want them all to be successful.

Which foreign launch providers are popular with small satellite operators and why?

Curt Blake
Historically, Russian launch vehicles have had the lowest price point in the market. If you were to look at the launch manifest for the Dnepr, Soyuz, Rokot and Zenit launch vehicles, you would find a long list of foreign emerging economies obtaining access to space through Russia.

However, following the Russian invasion of Crimea, the US Department of State slowed the processing of export licensing for US commercial payloads attempting to launch using Russian vehicles such as Soyuz and Dnepr. Due to the shortage of launch capacity available to US “secondary” customers, we began seeking waivers to the Department of State’s restrictions on using the Indian PSLV launch vehicle.

Are PSLVs typically more cost effective than other launch providers?

Curt Blake
No, not at all—that’s actually a common misconception. The truth is, we find the reality to be quite the opposite. PSLV pricing is above worldwide “secondary” payload pricing. It is above pricing available from SpaceX, the Dnepr and the Soyuz. As Indian launches are subject to ITAR regulations, this can result in additional “monitoring” fees ranging from $150,000 to $300,000 per payload.

There are also other costs associated with shipping, travel and customs. It is much easier and cheaper for Spaceflight and its “secondary” payload customers to use US launch vehicles, if and when they are available.

If the process to launch on PSLV is so difficult and costly, why pursue it?

Curt Blake
PSLV has allowed Spaceflight, our clients and several other US companies, to orbit their business-critical “secondary” payloads that would otherwise still be sitting on the ground. Despite the added cost and difficulty, access to a foreign launch has been critical to our customers’ businesses and will continue to be critical to maintaining a vibrant smallsat industry.

When do you envision the US launch industry will be able to meet the demand of the US smallsat industry?

Curt Blake
We are noting an increase in US “small launch vehicles.” In fact, there are three small launch vehicles in various stages of test, ranging from mere months to several years away from beginning launch tests. Realistically, we do not expect non-test commercial operation of these vehicles until 2019 or 2020 at the earliest.

As anyone familiar with the launch industry will tell you, launch vehicles do not succeed on their first launch, or often even on their tenth launch. Many more launch vehicle companies fail than succeed. However, as I’ve said earlier, the US is experiencing a resurgence in space and we remain hopeful launch is simply a few steps behind.

If increased availability of US launches is at least five years away, what activity do you propose in the meantime to maintain a healthy, competitive smallsat market?

We strongly believe that the US government should allow US payloads to seek appropriate Indian launch opportunities if domestic alternatives are not available. We would like to see the current restrictions on international launches reduced, serving only to mitigate the present shortage in US launcher capacity.

We would like to suggest that the government allow US payloads to continue to launch on PSLV until there are at least two proven US smallsat launch vehicle alternatives with two successful flights each; only having one viable US launcher would potentially subject the industry to monopoly pricing. Small satellites are driving the new space revolution, creating new advances in technology and jobs in manufacturing and engineering. Limiting the launches available to these operators has the potential to severely hinder and slow the growth or this burgeoning industry.
spaceflight.com/