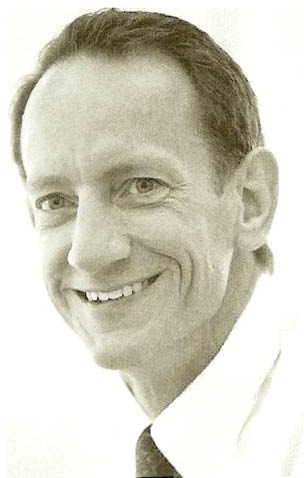 Dean joined EchoStar shortly after the company’s spin-off from DISH Network in January 2008, and was instrumental in building the foundation and guiding the strategic course for the company’s then-nascent satellite operations.

“Dean will be remembered as a true legend in the satellite industry and will remain an eternal inspiration for our employees,” said Mike Dugan, CEO and president of EchoStar Corporation. “Dean was a visionary who helped reshape the entire industry. His accomplishments at EchoStar and through his esteemed career have created the base upon which others will build for years to come.”

Before joining the company in 2008, Dean contributed as an advisor to Loral Space & Communications on strategic and growth opportunities for its satellite service businesses and was a member of its board of directors. Additionally, he was president of Arrowhead Global Solutions,
president and CEO of SES Americom and held leadership positions with
DirecTV Japan, NASA, and the U.S. State Department.

Dean was inducted into the Space Technology Hall of Fame in 1997, was an Individual Patron of the Arthur C. Clarke Foundation, and has served on several Federal Government advisory committees. Dean held a B.S. degree in Economics-Mathematics from Western Washington University, an M.S. in Engineering Economic Systems from Stanford University, and completed Ph.D. studies in Economics at The American University.

SatNews Publishers sends heartfelt condolences to Dean’s wife, Mara, his children, and his extended family. The family has requested that donations for scholarships in remembrance of Dean be sent to the Arthur C. Clarke Foundation or the Society of Satellite Professionals International.

A number of industry leaders have already expressed their condolences concerning Dean’s passing, and we now offer insights from those who knew him best.

“Stream of Thoughts” about my friend, Dean Olmstead – by Scott Zimmer, Senior Vice President, EchoStar
All friends are welcome, of course… we like other people worrying about us… and caring for us, don’t we?
And some friends are extra special. Some don’t really fit the mold of most... they are something more. Dean was that kind of friend, for me. Dean was more than a mentor to me… he was a considerate and attentive listener, a “like thinker”… a strategic partner, an advocate for change, a champion of unique and “out of the box” projects, and someone that looked for what could be…
not what couldn’t.
Dean was exceptionally gifted intellectually… but he never acted like he thought he was a “smarty pants”, or particularly skilled at what he did, or even remotely more experienced than others…
although he was…VERY.
Dean was humble and soft spoken… not aloof, or unapproachable, as some people may have thought, I am sure…
Dean just stayed within himself.
The last time Dean visited me in Florida, he talked at length, and with great interest, with my wife, Cherry, about what it was like to be a caregiver. You see, at the time, Cherry’s mother was in Hospice in our home… and died within days of Dean’s visit.
Dean called us a couple of weeks after she passed on to see how we were doing… My last conversation with Dean happened on September 28th… and it went something like this...
“Dean, do you have a minute? I would like to pick your brain.”
“Sure, Scott, pick away…what do you have on your mind?
At the end of the conversation I asked how his health was… and he said, “Not well. Short of a true miracle, I won’t be here much longer. I am down to 140 pounds now.”
When I asked him how Mara was holding up, he told me how courageous she was... and how much in love he was with her… and how much he was going to miss his family… Dean was cerebral about most things… about business… life in general… and death…
but he wasn’t cerebral about his family…
he was emotive, devoted, unselfish and loving. Dean could comprehend most things very easily… but not, so much, human relationships. Relationships were most valuable to him… yet more elusive and perplexing for him to understand. Hence, I think, his deep desire to love.
Dean was curious by nature… he wanted to know what was next… and why… or why not. I dare say that if he didn’t figure it out before he left this life, he has it figured out by now. I count Dean Olmstead as more than a person that I looked up to and admired. I count him a true friend… and I am forever grateful to have known him.
Dean and I were not friends because we were once competitors turned colleagues. We were not friends because I invested money in a venture of his that ultimately failed. We were not friends because we worked on successful business projects together. We were not friends because we shared the great ambitions, joys, and anticipations of the future.
We were friends because we were genuine and honest with each other. Dean modeled the kind of professionalism and integrity that I can only hope to emulate. Dean’s very last comment to me was that his only regret… was that he would not be able to be here to take care of his family any more. I share that regret.
Many, as I, knew Dean to be clever and thoughtful, kind…caring… articulate and succinct, professional in every way… This was the Dean we all liked and were honored to know. I was fortunate enough to have also known the hugging, laughing, vulnerable Dean. It was this Dean that I loved the most... and will chose to remember…often.
My last email from Dean came on October 4th… briefly outlining some potential options for us to consider. His last words were “please keep as a cheat sheet and we can improve as we go”… I will do so, Dean...
and I will also try to improve as I go.

Dean Olmstead was a major constructive force and significant leader in the world of satellite communications for over a quarter of a century.  The entire satellite world stands in awe of his many achievements at the U.S. State Department, NASA, Hughes, SES Americom, Arrowhead, Echostar and Loral.

When the ACTS program was in danger, it was people like Burt Edelson, Elizabeth Young, and Dean Olmstead who breathed life into this key project and let it reach its full potential. It was an honor to work with Dean Olmstead, Clay Whitehead, and others at NASA to make some of the most exciting ACTS technology experiments come to life.

When the initial organizers of the SSPI were just getting that fledgling organization off the ground, we could always count on Dean Olmstead for support, wherever he was around the world.

There is a worldwide network of friends who prayed for Dean’s recovery from his fight with a deadly disease these past two years. I know the members of the SSPI Hall of Fame Awards committee would have earlier bestowed on him this single honor had we known that he would lose his fight with cancer so soon.
I know that all around the world Dean Olmstead has made many friends and constantly won admirers for his tireless efforts to advance the world of satellites. I am proud to have been one of Dean Olmstead’s admirers and friends.

I had the privilege of knowing and being associated with Dean over the past 15 years.  Over the course of his illness we shared many uplifting messages and prayer via email and by phone. We were speaking about two weeks before he died and Dean said “I found the meaning of life…it is love.” This statement epitomizes the Dean I knew; thoughtful, insightful and caring.

— Mary Ann Elliott, President, MAE-LLC
Note: Mary Ann was the founder of Arrowhead, which she grew to be a highly successful business that served the U.S. Government and military services. During his stint as Arrowhead CEO, Dean was instrumental in negotiating the sale of the company to CapRock Government Solutions, now owned by Harris.

Dean was always forward looking. He didn’t talk about what happened before — he talked about what could be done next. For three decades, he blazed new trails through government and industry and laid the foundation for the commercial space industry we recognize today. Along the way, Dean inspired everybody he met, earning the respect and trust of stockholders, employees, suppliers, customers and even competitors. Dean always saw the best in people and always gave others room to have their own style.

William James observed, “A great many people think they are thinking when they are really rearranging their prejudices.” Dean never had a problem re-arranging prejudices. If he had a prejudice, it was against thinking small. Whatever he applied himself to, Dean was relentlessly driven to make things better. And he knew that “better” is a process, not a destination. Dean told us, “Don’t become complacent. Don’t stop innovating, growing and adapting. Dream about what you can become.”

Whatever is on the other side, Dean’s already at work making it better for all of us who will follow. Don’t think for a minute Dean Olmstead can’t improve something – even a firmament – that was designed and built on the second day of a seven day project!

Dean Olmstead was a very unique individual who contributed to our industry in an amazing number of ways. I first met him about a dozen years ago and even then, in his early 40’s, he had already helped shape international policy on space “real estate” at the US State Department, managed some of the very first Ka-band wideband satellite networking applications as program manager at NASA for ACTS, helped engineer the introduction of DBS TV in Japan, and had been inducted into the Space Technology Hall of Fame.

Of course, his accomplishments after that were equally varied and impressive. Dean was a very down-to-earth person ­— extremely smart, with an amazing breadth of knowledge, highly creative, insightful, and a quick and dry sense of humor. He’s well known as an innovator in the space industry, and he recognized and appreciated innovation and creativity in those around him.

We’ll all miss him. I know I’m going to miss him a lot. 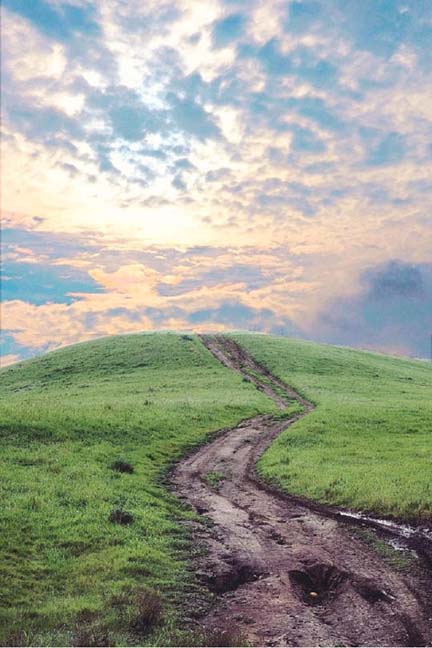 We wish to thank Penelope Longbottom of Longbottom Communications for her timely and crucial assistance in obtaining these expressions of friendship and sympathies from those who knew Dean Olmstead best.