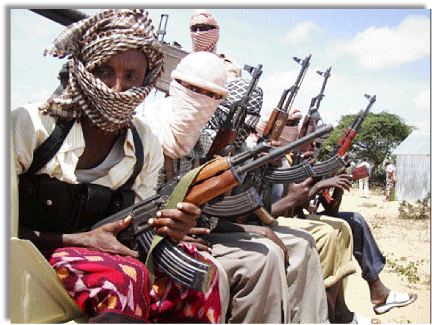 Canadian freelance journalist Amanda Lindhout was in Mogadishu, Somalia, reporting how violence and famine affected refugees from armed conflict when she, Australian photographer Nigel Brennan, two drivers, and a translator were kidnapped by gunmen in August of 2008. 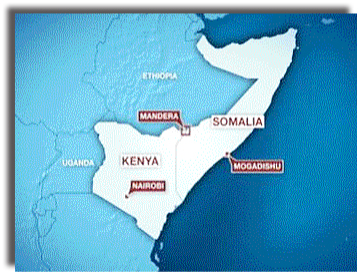 Members of Lindhout’s family and Canadian Broadcasting Corporation (CBC) reporter David McGuffin were in Nairobi, Kenya, waiting for her.

Back home, Canadian television viewers were waiting, as well.

Formerly, due to the long distance and because of infrastructure limitations associated with reporting from much of sub-Saharan Africa, the CBC reporter on the ground in Kenya would have recorded his or her story and sent it as a digital file back to the CBC production and broadcast facilities in Toronto. Even with everyone working as quickly as possible, that process, which requires manual encoding of the video data at one end, and decoding at the other, would mean — at minimum — a 30- to 45-minute interval between the shoot and the broadcast with the unreliability of local Internet connectivity potentially delaying things even further. 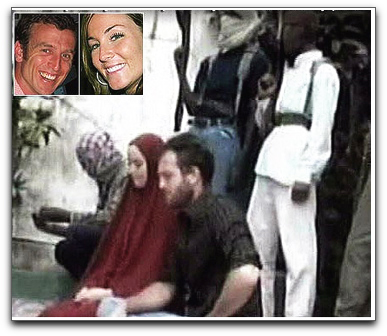 The Lindhout story, however, marked CBC’s inaugural use of innovative technology from Streambox in conjunction with a broadband global area network (BGAN) X-Stream™ satellite connection from Inmarsat. As a result, McGuffin was able to deliver the breaking news story to the riveted Canadian audience — live from a hotel rooftop — with all the compelling immediacy live broadcast implies.

The Streambox® ACT-L3™ Portable Video Transport solution is a comprehensive, software-based platform that performs both live and file-based video transport and acquisition over an IP connection. Using the Streambox solution, broadcasters, government agencies, relief agencies, or any enterprise can deliver high-quality live (or stored) broadcast video over low data rate connections such as broadband, BGAN, and other IP and satellite networks.

For a reporter on assignment in the field like McGuffin, the platform can be loaded onto a laptop computer to communicate with the video management and playout systems at the broadcast center. By integrating the encoding step, the software dramatically simplifies the process for the reporter, making it possible for news, or other information, to be delivered fast from even the most remote location. 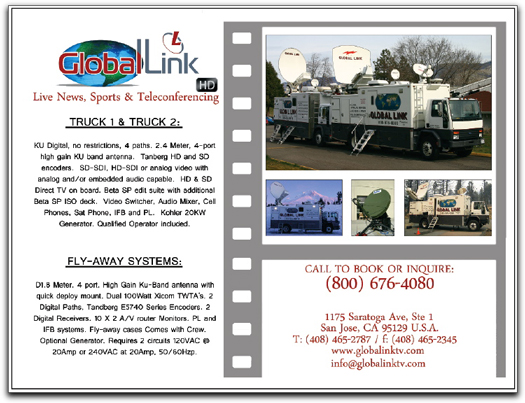 Another plus for remote broadcast is that the equipment required easily fits in a backpack. To deliver the breaking news story, McGuffin needed only his Streambox-loaded laptop computer, a video camera, and the BGAN X-Stream device, which transmitted his live footage at between 350 and 400 kbps to the satellite. Once the signal left the BGAN terminal device, it was received at the Inmarsat Earth Station in Amsterdam, and from there followed CBC’s dedicated path to their Toronto broadcast facility.

In Toronto, the video and audio streams were decoded in real-time via Streambox decoders for on-air broadcast.

Thus, the Streambox/BGAN combination yielded a transmission channel sufficient to deliver the video quality required by a professional news operation — and it did so using transmission rates of only 350-400 kbps. In fact, the Streambox® ACT-L3™ Portable Video Transport system can even work at rates as low as 64 kbps. Also contributing to the solution’s efficient delivery of solid-quality video at low bandwidth are advanced forward error correction and burst error protection to help mitigate packet loss, and overcome jitter and network buffering. 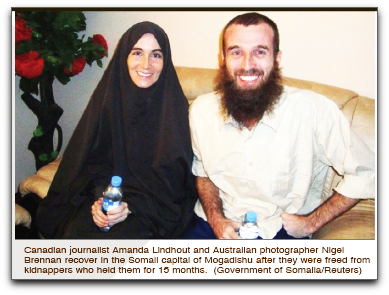 While CBC’s use of the Streambox solution for mobile newsgathering represents its most typical deployment, the system is suitable any time portability, flexibility, and minimal power consumption are needed.

Additional uses include emergency response and mobile command centers for defense purposes. In fact, the system was designed with specific features to accommodate rigorous conditions. For example, during electrical outages, it automatically switches to backup battery power while continuing to deliver uninterrupted video.

Streambox solutions are based on the company’s proprietary ACT-L3™ (Advanced Coding Technology, Level 3) codec. At the heart of ACT-L3™ is its distinctive compression engine, one that is powerful enough to deliver high-quality video over low data-rate IP networks, supporting fast transmission and playout. In fact, Streambox encoders and decoders deliver reliable video transmission in real time not only over satellite networks and IP, but over T1 and E1 networks, as well.

CBC kicked off its use of Streambox and BGAN while reporting the Lindhout story from Nairobi. Since then, it has extended Streambox use to multiple bureaus elsewhere, including Jerusalem and Beijing. CBC finds the technology most useful in places where Internet connectivity is poor or unreliable. That’s where the BGAN connection is so much more solid than the low-latency link afforded by traditional Internet, while the quality of data transmitted is equal to that of the Internet.

Amanda Lindhout and Nigel Brennan’s were released on November 25, 2009, bringing a happy ending to their 15-month ordeal. Lindhout flew to Nairobi to join her family a week later. Thanks to the Streambox® ACT-L3™ Portable Video Transport solution and the BGAN X-Stream satellite link, CBC viewers were able to follow the story as it unfolded — live.