On June 27, 2014, radiation hardened chips of crucial interest to the satellite industry moved off the U.S. Munitions List to the licensing jurisdiction of the Department of Commerce. 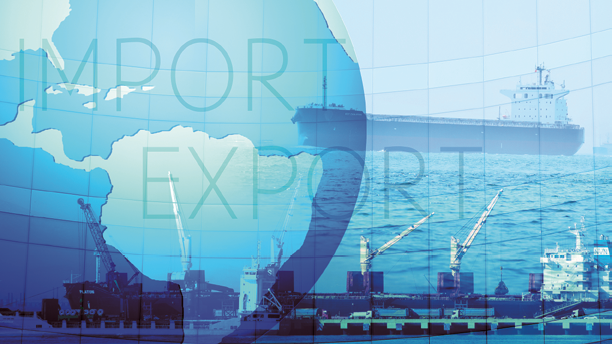 That is, indeed, big news. However, much more sweeping change goes into effect on November 10, 2014, when most commercial satellites move off the Munitions List to Commerce.

For years, the European space industry has been working overtime to go “ITAR Free,” eliminating to the maximum degree all U.S.-origin items which are subject to the International Traffic in Arms Regulations. With this transfer from the licensing jurisdiction of the Department of State to the jurisdiction of the Department of Commerce for most commercial satellites, including parts and components, much of the U.S. space industry is practically giddy at the prospect of is going ITAR Free first. Champagne corks have been popping as U.S. industry prepares for the new environment.

The celebratory mood is for good cause. Life under the strictures of the ITAR has not been kind to the U.S. space industry, and everyone understandably hopes to revive the glory days before Congress slammed space into the U.S. Munitions List in 1998. By some estimates, 80 percent of space related items are moving off the ITAR.

There is no question life going forward will be better. Much better. But one thing it will not be is pre-1998. These are not the regulations of 16 years ago. They differ in important ways, particularly with respect to scope and compliance. To understand what will be different, and what will be the same, it is critical to understand the changes which were made by Congress last year.

The 2013 NDAA authorized the President, pursuant to section 38(f) of the Arms Export Control Act (AECA) (22 U.S.C. 2778(f)), to review Category XV (covering satellites) of the USML ‘‘to determine what items, if any, no longer warrant export controls under’’ the AECA. As a result of this change, a huge percentage of the space-related items which are subject to ITAR controls are moving off the U.S. Munitions List.

This shift to the Department of Commerce licensing jurisdiction means a highly visible change in licensing, especially for parts and components but also for most commercial satellites. The use of license exemption Strategic Trade Authorization will allow many license free exports to 36 countries.

Furthermore, the de minimis rules mean that, provided the value of the U.S.-origin content is below 25 percent, foreign manufactured satellites —including Commerce-controlled U.S. origin content—will not be subject to reexport licensing requirements to most destinations. Many in industry have been rhapsodizing about the U.S. commercial satellite industry going ITAR free before European producers are able to get there.

This good news, the repeal of key parts of Section 1513 which put “all satellites and related items” on the U.S. Munitions List, has understandably received most of the press. The 1999 NDAA did more than put all of space on the U.S. Munitions list. Lots more, particularly with respect to compliance burdens and restrictions on exports to China and launch activities. None of these have changed, including:

• Sec. 1511 expressed the Sense of Congress on export policy related to satellites, including strict limits on exports to China.
• Sec. 1512 requires presidential certification of exports of missile equipment or technology to China.
• Sec. 1514 established stringent national security controls on satellite export licensing, including technology control plans, monitoring of foreign launches, licensing for crash investigations, and other measures.
• Sec. 1515 requires reporting of various issues related to the export of satellites for launch by People’s Republic of China.

This means that industry euphoria over moving satellites to Department of Commerce licensing jurisdiction needs at least a small splash of cold water to return to reality. With the regulations going into effect on June 27, some of the more burdensome ITAR licensing restrictions and compliance requirements are merely being transferred to the Department of Commerce regulations.

In addition, anyone involved in the export or launch of satellites will want to carefully review the changes to Supplement No. 2 to Part 748 of the Export Administration Regulations. Supplement No. 2 includes requirements which were created by the 1999 NDAA, features which were previously unique to the ITAR, but which are being ported over to the Export Administration Regulations.

Under the new regulations, a license application to export a satellite controlled by the Department of Commerce to a country that is not a member of the North Atlantic Treaty Organization (NATO) or a major non-NATO ally of the United States must include:

For license applications to export a satellite controlled by the Department of Commerce to a country that is a member of NATO or a major non-NATO ally of the United States, these requirements may be waived at the discretion of the Department of Defense.

Critically, whether a satellite is subject to the jurisdiction of the Department of State or the Department of Commerce, the ITAR controls as a ‘‘defense service,’’ the furnishing of assistance (including training) by a U.S. person to a foreign person directly related to the integration of a satellite or spacecraft to a launch vehicle or launch failure analyses. So even with the jurisdictional shifts, and as important as those changes are, with satellites the ITAR is never far away.

About the author
Brandt Pasco is an attorney at Kaye Scholer LLP. Previously he was at the National Security Council Task Force on Export Control Reform, and is one of the authors of the satellite reforms being implemented. He can be reached at brandt.pasco@kayescholer.com