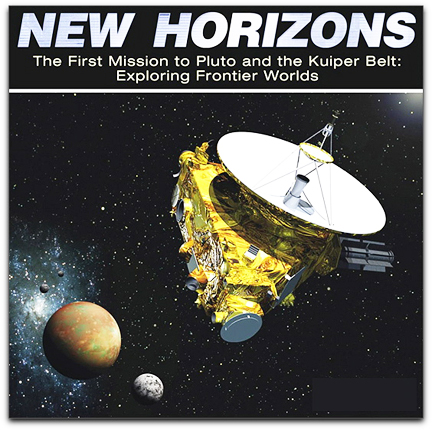 This month’s cover reveals an artistic rendition of NASA’s New Horizon satellite, rather appropriate given the theme for this issue, New Applications. What is the New Horizon project?

New Horizons is a mission designed to fly by Pluto and its moon Charon and transmit images and data back to Earth.

The satellite will then continue on into the Kuiper Belt where it will fly by a one or more Kuiper Belt Objects and return further data. 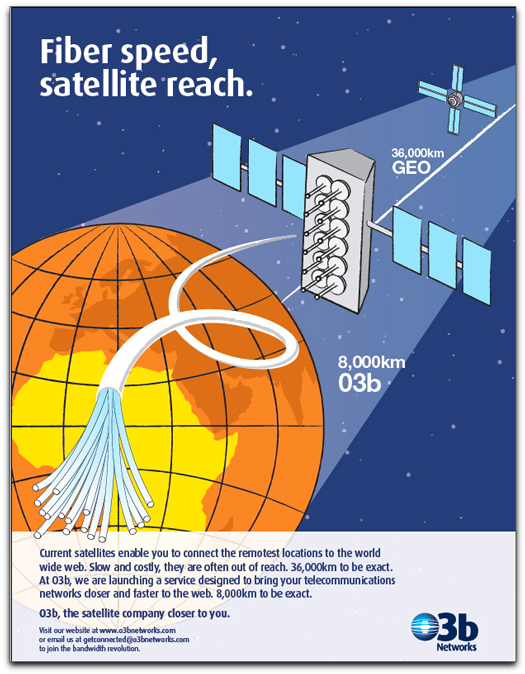 New Horizons launched on January 19, 2006, on an Atlas V 551 booster with a Star 48B third stage directly into an interplanetary trajectory. It passed within 101,867 km of main belt asteroid JF56 on June 13, 2006. It used the encounter as a test of its instruments and tracking and navigation sensors, and returned images of the 2.5 km diameter asteroid, which only shows as a faint dot at that distance.

New Horizons reached Jupiter for a gravity assist on February 28, 2007. The flyby came within about 32 Jovian radii of Jupiter at 21 km/s and was the center of a 4 month intensive Jupiter system observation campaign. The flyby put the spacecraft on a trajectory towards Pluto, about 2.5 degrees out of the plane of the solar system.

On June 8, 2008, New Horizons crossed the orbit of Saturn. During the cruise to Pluto, New Horizons may be targeted to fly by a Centaur object (an escaped Kuiper Belt Body) if a suitable target can be identified.

The flyby of Pluto will occur nominally on July 14, 2015. The encounter period starts 6 months prior to closest approach. Long range imaging will include 40 km mapping of Pluto and Charon, 3.2 days out. This is half the rotation period of Pluto-Charon and will allow imaging of the side of both bodies which will be facing away from the spacecraft at closest approach. 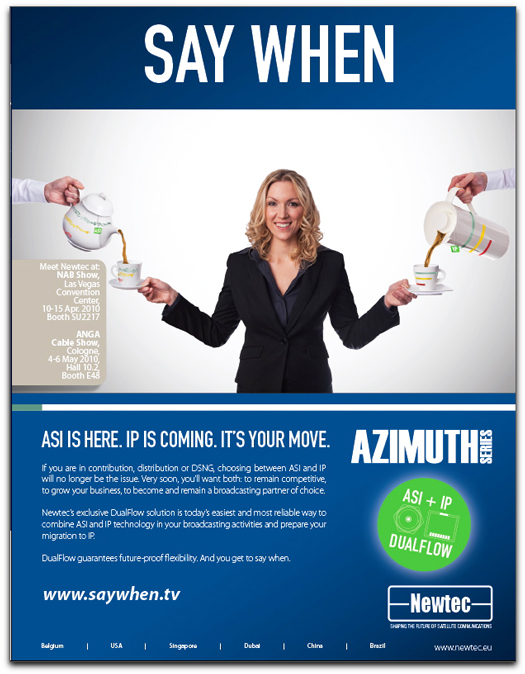 New Horizons will fly within 10000 km of Pluto at a relative velocity of 11 km/s at closest approach and will come as close as 27,000 km to Charon. During the flyby the instruments should be able to obtain images with resolution as high as 25 m/pixel, 4-color global dayside maps at 0.7 km/pixel, hyper-spectral near infrared maps at 7 km/pixel globally and 0.6 km/pixel for selected areas, characterization of the atmosphere, and radio science results. Because of the limited power available, the instruments will be duty cycled during encounter.

The flyby will take place at a distance of about 33 AU from Earth with a round-trip light time of 9 hours. Encounter data will be transmitted to Earth at 600 bps over a 9-month period. After passing by Pluto, New Horizons will be headed out to the Kuiper Belt where one to three Kuiper Belt Objects with diameters exceeding 35 km are expected to be targeted for encounter and similar measurements to those made at Pluto. This phase of the mission will last from 5 to 10 years.

The spacecraft has the shape of a thick triangle (0.68 x 2.11 x 2.74 m) with a cylindrical radiothermal generator (RTG) protruding from one vertex in the plane of the triangle and a 2.1 m high-gain radio dish antenna affixed to one flank side. 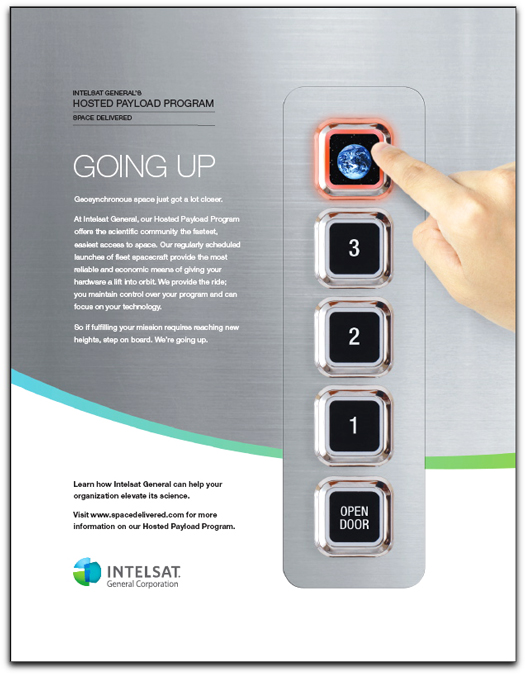 An aluminum central cylinder supports surrounding honeycomb panels. The central cylinder acts as the payload adapter fitting and houses the propellant tank. The 465 kg launch mass includes 80 kg of propellant. The entire structure is covered in thermal multi-layer insulating blankets and thermal control is further achieved by electrical dissipation and RTG waste heat, thermal louvers, and external shunt plates. Communication from Pluto will be via X-band at a rate of 600 bps through the high gain antenna to a 70-m DSN dish.

There are also two low gain antennas for communications within 5 AU and a medium gain antenna with uplink capability to 50 AU. The RTG will provide approximately 228 W at encounter in 2015. Hydrazine monopropellant is used for propulsion via four 4.4 N thrusters and twelve 0.8 N thrusters, a delta-V capability of 290 m/s will be available after launch. The hydrazine is stored in a titanium tank separated from the gaseous nitrogen pressurant by a girth-mounted diaphragm. The spacecraft has both 3-axis stabilized and spin-stabilized modes. Star cameras are mounted on the side of the spacecraft for navigation. 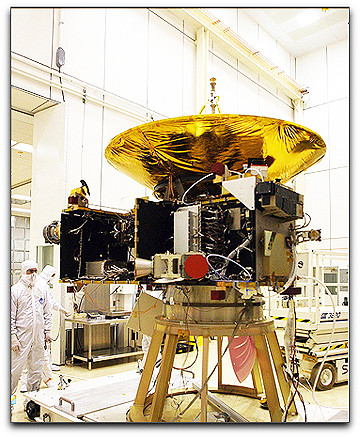 The 31 kg science payload package requires 21 W of power and consists of seven scientific instruments. The Long Range Reconnaisance Imager (LORRI) consists of a visible light, high-resolution CCD Imager. The Ralph instrument is composed of two parts, a visible CCD imager (MVIC) and a near-infrared imaging spectrometer (LEISA). The Alice instrument is an ultraviolet imaging spectrometer. The plasma and high energy particle spectrometer suite (PAM) consists of SWAP, a toroidal electrostatic analyzer and retarding potential analyzer, and PEPSSI, a time-of-flight ion and electron sensor. The Radio Science Experiment (REX) will use an ultrastable oscillator to conduct radio science investigations. A student-built dust counter (SDC) will make dust measurements in the outer solar system. Total mission cost is planned to be under $550 million

The Applied Physics Laboratory (APL) is a not-for-profit center for engineering, research, and development. Located north of Washington, DC, APL is a division of one of the world’s premier research universities, The Johns Hopkins University (JHU). The Laboratory has been a major asset to the nation since it was organized to develop a critical World War II technology in 1942. We recruit and hire the best and the brightest from top colleges, and 68% of our recruits are engineers and scientists. We work on more than 600 programs that protect our homeland and advance the nation’s vision in research and space science, at an annual funding level of about $980 million.

APL solves complex research, engineering, and analytical problems that present critical challenges to our nation. That’s how we decide what work we will pursue, and it’s how we’ve chosen to benchmark our success. Our sponsors include most of the nation’s pivotal government agencies. The expertise we bring includes highly qualified and technically diverse teams with hands-on operational knowledge of the military and security environments. We offer an outstanding and creative staff, augmented by world-class facilities.