Year on year we are noting greater proliferation and diversification in the satellite market. The only thing we can be sure of is that there is constant evolution in the way satellites are being used. In addition to the ‘traditional’ applications—if we can talk about practices that are only a few years old as traditional—there are newer ways of using satellite capacity that reflect the massive expansion in mobility, in professional and consumer domains. 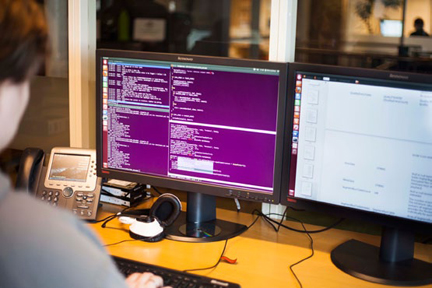 When the pace of development is so rapid, what often happens is that there is a lag between the introduction of new technologies and the support systems operators need for delivering robust commercial services in the real world. This is the situation satellite service operators find themselves in today. The tools available for monitoring satellite data are lagging behind the reality of the new wave of services. Traditional monitoring tools continue to provide some of the functionality operators need. However, there are large gaps opening up where monitoring would be quite valuable, but where the current crop of tools can’t be applied.

Take, for example, the way OB (outside broadcast) mobile units have developed their exploitation of a satellite connection in recent years. Broadcasters used to use OB satellite vans for a simple uplink of the HD feed, but now, for many operators, the OB unit has become more of a mobile production center, with the satellite link being used additionally to connect the unit to the studio and the wider world. Sideband channels provide a variety of two-way data traffic links for production staff, allowing them to search for information on the net, conduct picture research, download clips from the studio, conduct VoIP and video calls, and so on. This devolved ‘mobile production unit’ role can be very valuable to broadcasters at major events, and as this way of using mobile units becomes more extensive, these sideband links become more and more important to the production. A failure of these channels could be as serious as a problem with the main feed.

For the mobile unit operator, there is no readily available monitoring solution that can be used on the unit to provide valuable diagnostics for these services and the main feed, leaving the potential for service interruption, and making it far harder to track down and fix any problems if they occur. What’s needed is a solution that provides good RF data performance, a good ETR290 analyzer, and is compact and cost-effective.

The combination of strong RF performance and good ETR290 analytical capability in an affordable unit would make it deployable throughout the satellite transmission chain, extending serious monitoring capability outside the central headend to other locations, including the mobile uplink van. An operator’s monitoring system could therefore encompass not just the distribution, but contribution links and data services too. 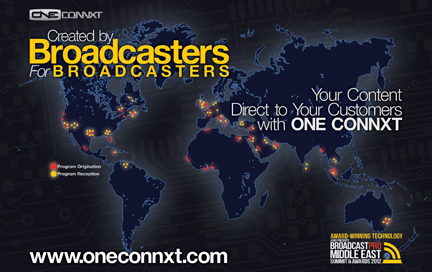 Monitoring satellite input into the central headend remains a critical requirement for digital media operators: Satellite services are still used for 90 percent of all IP-based service delivery, so it’s vital for operators to validate the quality of the signal they are receiving, before pushing it out to the network. The technology to monitor the quality of the feed from the satellite as it reaches the central headend is already available, but the ability to add sophisticated monitoring capability to contribution links and the increasingly important satellite data services will give far greater control over service quality and maintenance.

Under the umbrella of mobile data services we can include the rapidly expanding category of users in the marine and industrial sectors. SCADA (supervisory control and data acquisition) is becoming a key operating method for a wide range of industrial and scientific enterprises, from eco-friendly power generation to experimental climate data gathering stations. The integrity of the link and the data transmitted over it can be vital for applications like these, as can the ability to monitor remotely and link the monitoring data into an enterprise-wide system.

In the arena of satellite data services there’s a proliferation of providers supplying Internet connectivity to communities that can’t use a cable connection, for reasons of geographical remoteness or lack of infrastructure. Among these are not only the communities living in the deserts, jungles and island chains of the developing world, but also some parts of Europe and less densely populated areas in other regions. Satellite receivers are readily available at an affordable price for communities and individuals who need to connect this way, and the providers are often incentivized by governmental grants.

All these areas of the satellite market could benefit from the kind of end-to-end advanced monitoring capability that is available to operators delivering over a cable infrastructure. The ability to diagnose, isolate and correct errors quickly is vital when establishing and maintaining a competitive service quality in any market.

About the author
Simen K. Frostad is Chairman and co-founder of Bridge Technologies. With 22 years of industry experience Simen founded Bridge Technologies in 2004, after creating the world’s first IP/MPLS contribution network for Scandinavian sports coverage. Simen had previously built the first multi-camera hard disk recording system for episodic drama production in 1998, and the first nonlinear sports editing facility during the 1994 Winter Olympics.