by James Kramer
Today, due to innovative COTS (Commercial Off-the-Shelf) satellite control software, satellite owners can rest assured knowing satellite control systems with proven capabilities are available to operate their satellites. Satellite fleet owners and operators realize by selecting proven COTS satellite control systems capable of supporting the various satellites comprising their operations, they can reduce ground system procurement and satellite operations costs.
Features
European Satellite Pay-Radio: , Are the prayers being answered?
by Chris Forrester
Last March, as well as in May of 2007, we looked closely at the prospects for European satellite pay-radio, and asked whether “European DARS (Digital Audio Radio Services) had a prayer?” Today’s early 2008 picture is, on the one hand, much clearer, which is not to say all in the garden is rosy. Chris Forrester reports…
HILTRON’s Turnkey Satellite Platform,

by Dr. Michael Schiestl - Sales Director, HILTRON
RFPs, tenders, and other requests for the installation of turnkey satcom platforms for a variety of communications and media companies across the globe represent increasing opportunities for firms in the comsat industries. A major concern for firms seeking turnkey systems is to find a supplier who is able to integrate all of the necessary components, services and subsystems within a central management platform. One such intriguing project for a widely renowned media broadcaster presented itself to HILTRON GmbH…
What’s Ahead In 2008 For The FSS and MSS Industries?, 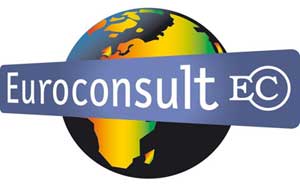 by Rachel Villain - Director, Space & Communications, Euroconsult
In 2007 the fixed service satellite (FSS) and mobile service satellite (MSS) industries had combined wholesale revenue estimated at US$9.B, up 4.3 percent from 2006. While this is good news, in 2008, both industries will have to deliver growth in revenues and cash flows to finance new investments and/or to pay dividends to shareholders.
The Financial Beam, Got Satellite?

by John Stone - Partner, Near Earth LLC
Given the increasing success satellite equipment and services have brought to disaster planning, management and response, we expect this area to enjoy growth well above the industry average.

Interviewed by Hartley Lesser, Editorial Director, SatNews Publishers
Ken Wright, P.E., serves as President and Chief Operating Officer of Broadpoint. Prior to joining the company, Mr. Wright served as President and Chief Operating Officer of PetroCom. Mr. Wright was active in the build out of the GSM/GPRS/EDGE network in the Gulf of Mexico as well as the launch of the broadcast video and teleport services business unit, UpLit, which continues to operate under Broadpoint.
A Look at PTC 1986 – 2008, More Than 20 Years of Communication and Friendship
by Bruce R. Elbert - President, Application Technology Strategy, Inc.
Satellite systems and services are now a focus of PTC because of their greater reach in delivering the services demanded by the commercial and government sectors of the Pacific region. The next 20 years of PTC offerings should be as equally interesting as the past two decades of PTC history and is a highly recommended addition to your exhibition calendar.
ISCe 2008 — Three Shows in One, Includes the Navy SATCOM Users Workshop
For the first time in its seven-year existence, ISCe 2008—the must-attend event for the industry’s latest cutting-edge services and solutions for executives that do business in the military and government SATCOM marketplace—will present three simultaneous, information-packed events focusing on Access to SATCOM for the Next Decade.
Regular Departments
Editor's Notes, Happy New Year To Everyone!
Dollar slippage, ineffective legislation, the repercussions of U.S. inadequacies are felt everywhere — and if it’s bad in the States, imagine the potentially, ominous aspects for companies overseas. How will this negativism affect your satcom business prospects?
The History of Satellites, Reprinted from: Communication Satellites (5th Ed.)
Authored by, Donald Martin, Paul Anderson, Lucy Bartamian
Courtesy of The Aerospace Corporation
Although the performance of communication satellites could be predicted theoretically, until 1962 or 1963 there was considerable doubt concerning whether their actual performance would match the theory. This was one of the basic motivations for the early communication satellite experiments.
Featured Satellite: HORIZONS 2,

The joint interests of Intelsat and JSAT International resulted in the launch of the Horizons 2 satellite on December 21st at 4:42 p.m., EST. The satellite was built by Orbital Sciences Corporation and operates from 74°W with a payload of 20 Ku-band transponders.