A basic tenet of economics is that selling at a lower unit price very often means selling more units.

The Financial Times defines this as price elasticity, or “the degree to which the quantity of demand for an item is sensitive to change in the price of the item.” Elasticity is important because it expands the addressable market, enabling a vendor to sell more, altering market share, and facilitating economies of scale that further decrease unit price. In the satellite manufacturing and launch industry, however, the level at which price elasticity manifests itself has been out of reach.

SpaceX’s efforts at developing a low cost rocket were largely targeted toward this goal, as have been other efforts over the years to decrease manufacturing and launch price, but technical hurdles and high operator barriers to entry beyond CAPEX have largely prevented elasticity from emerging. Nonetheless, a sub-section of the space industry has already approached this point of elasticity.

NSR’s Nano and Microsatellite Markets, 2nd Edition report (nsr.com/research-reports/commercial-space/nano-and-microsatellite-markets-2nd-edition-/) found that smallsats have begun to exhibit the hallmarks of an elastic market. Prices to design, build, and launch a smallsat have significantly fallen over the past decade, while launch rates have more than doubled. New operators are entering the field and the lower costs have facilitated the expansion of markets and services.

5 year CAGR of 45.4 percent, reveals that smallsat launch rate growth has been a steadily building trend which has risen rapidly in recent years. In the same 5 year period, the ‘over 100 kg’ GEO satellites saw a launch rate of 3.4 percent CAGR, while non-GEO satellite launch rates were flat. 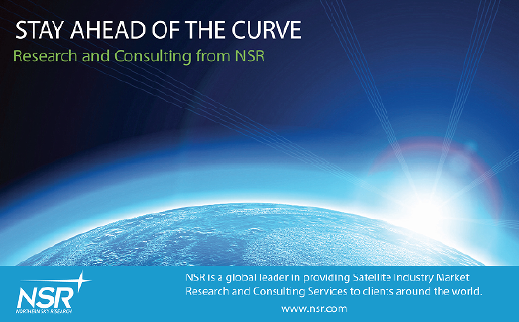 While the launch rate itself demonstrates market growth, the number of unique operators and target applications reveal market expansion and diversification. Indeed, 51 different operators launched smallsats in 2015, while only 41 launched large, over 100 kg satellites. Yet it is in analyzing the emergence of new operators that the true variations of the smallsat market become apparent: 28 operators (55 percent) launched a smallsat in 2015 but had not launched during the previous 5 years, while only 9 such operators (22 percent) were present in the over 100 kg market.

This high growth has mainly been enabled by reductions in smallsat price and complexity. Smallsats, after all, are not new. The U.S.S.R.’s Sputnik 1 classifies as a smallsat, as do the first satellites launched by the US, UK, France, Germany, Japan, Australia, Argentina…

The smallsat form factor itself is, therefore, not what makes this market elastic, but rather the development of new technologies and practices that enable a low CAPEX without sacrificing capabilities, and the concurrent emergence of downstream markets based on these lower price points.

The Building Blocks Of Smallsat Market Elasticity
Given the technology-heavy nature of the space industry, cost, capabilities, and complexity to design and operate the satellite must be considered in the decision to become a new operator or increase the number of satellites in one’s fleet. NSR considers the three variables as contributing factors to the emerging elasticity of the smallsat market.

Advances in consumer-grade electronics and commercial software have altered the dynamics of satellite components, which were previously unique and specialized designs manufactured only for the space industry. For instance, something as accessible and low cost as a mobile phone has sufficient computing power to control a smallsat, and consumer cameras can act as Earth imaging payloads. 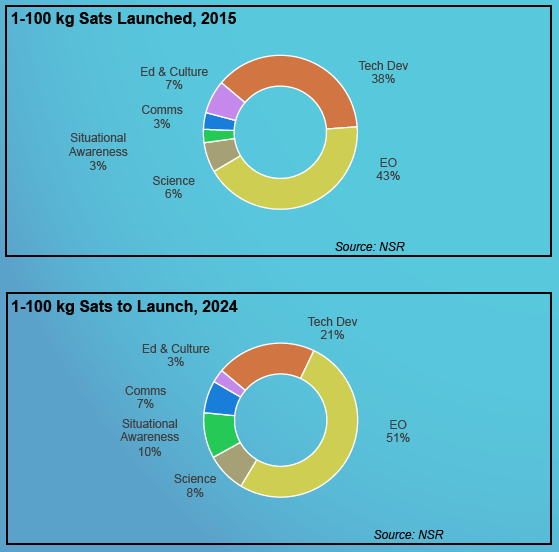 Furthermore, smallsats are designed for shorter lifecycles and do not require the same vigorous and expensive test equipment that are traditionally used before satellites are launched. This use of Commercial-Off-The-Shelf (COTS) components and reduced testing requirements in turn enables manufacturing to be completed by an in-house operator (or, in-garage, in some cases) rather than contracted through a specialist manufacturer, thereby decreasing overall cost.

Likewise, the decline in global launch costs has made launch opportunities via rideshares more accessible and affordable. This cost reduction has not yet been sufficient to transition traditional satellite markets into elastic markets, but has been a piece of the puzzle for smallsat market elasticity.

Launch brokerage services formed since 2010 facilitate the launch process for unfamiliar operators, eliminating the complexity of matching them with the correct launcher and finalizing contracts.

Plans for launchers currently in development include reusability and high volume to drive prices down even more. In addition to SpaceX, Firefly, Virgin Galactic, and XCOR plan to reuse part of their launch system after each flight. Rocket Lab, in contrast, anticipates that high volumes and new manufacturing techniques will bring about lower launch costs.

While questions remain as to how to lower launch costs and make them more accessible, heightened competition and market trends leave little doubt that prices will fall in the coming decade and catalyze smallsat market elasticity. Customer crossover with traditional satellites exists, but the principal value proposition of commercial smallsats is in meeting emerging demand.

This will drive EO market growth from the 43 percent of today’s smallsat launches to 51 percent by 2024, even as the entire pie expands and Situational Awareness, Communications, and Science increase market share as well.

Today’s Big Data hungry economy provides the necessary customer base for ongoing growth in these markets, compounded by each incremental decline in the cost of satellite services. Moreover, smallsats are now much more capable compared to those launched even a decade ago.

Implications For The Space Industry
The elasticity that smallsats begin to bring to the space sector has the potential to make the market more mainstream, with positive impacts across the value chain. An expanded and growing population of operators creates more market opportunity for ancillary services: launch service providers, launch brokerage services, end-to-end communications services, and component manufacturers.

The R&D involved in creating new capabilities for smallsats and further improving manufacturing efficiencies could be applied to larger LEO satellites or even GEO satellites moving forward.

Additional new applications are expected to emerge as the price per satellite decreases; some might offer a unique commercial service and generate revenue, while others could provide cultural or educational value. Proposals for smallsat use range from Bitcoin blockchain management to on-demand shooting stars to broadcasts of original musical compositions.

University and high school level projects to design and build satellites are becoming a popular means of hands-on study, as are not-for-profit services such as Ardusat that provide cubesats as a leased platform to schools. Moreover, hands-on smallsat projects at the student level increases the skills and number of trained graduates entering the space industry job market.

Ultimately, despite the industry and mainstream press focus on the unprecedented launch rates, the truly significant aspect of smallsats is not what the launch rates were in 2015 or will be in 2020, but that they are changing the way people relate to space.

The flexibility for smallsats to be used in different ways, by different players, at different levels and for different purposes, expands the industry’s scope and will open more opportunities.

The Bottom Line
Today’s smallsat industry is markedly different from what has been seen before. Smallsats are more capable than those designed for constellations in the 1990s and as one-off satellites before that, and will only continue to advance.

At the same time, their requirements are becoming less exquisite and expensive, extending the population of builders and operators. While not all smallsat ventures will succeed, and stumbling blocks such as launch capacity and regulations remain, the simultaneous increase in capabilities and decrease in design, construction, and operation costs have opened new applications and pulled together the first threads of an elastic space market. 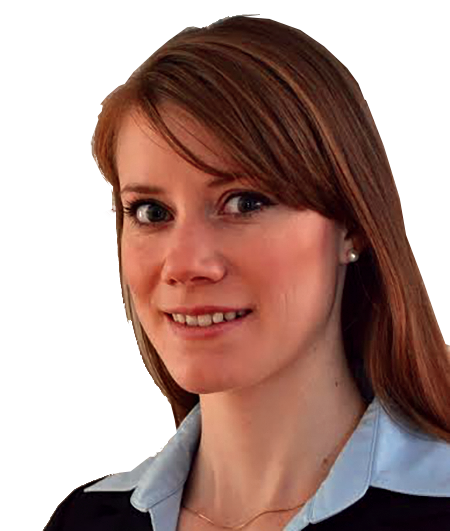 If allowed to grow, this budding smallsat market could revolutionize how people and non-space industries engage with space. While smallsats have not yet delivered elasticity to the space industry, ongoing development and rising interest make the potential for an elastic space sector more attainable than ever before.
nsr.com

Ms. Belle joined NSR as an analyst with several years of experience in the space industry, ranging from atmospheric chemistry to education outreach and market research. Her main focus is satellite manufacturing and launch markets, and in particular the trends surrounding creation of diversified space architectures. She also contributes to research in government and military communications markets in addition to participating in the diverse tailored consulting projects undertaken at NSR. 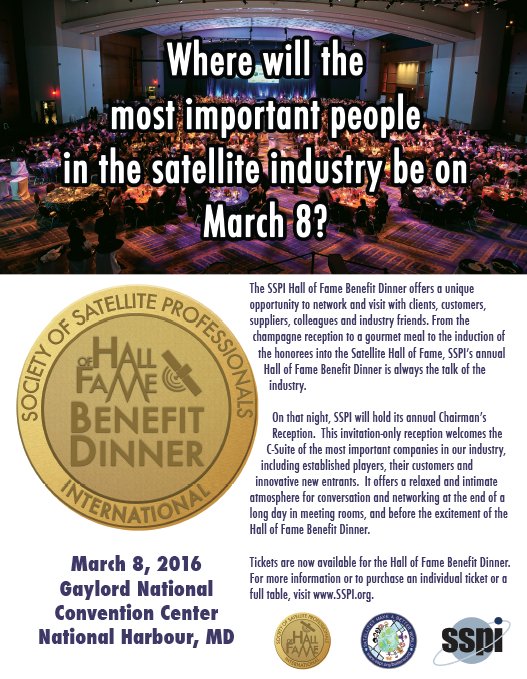